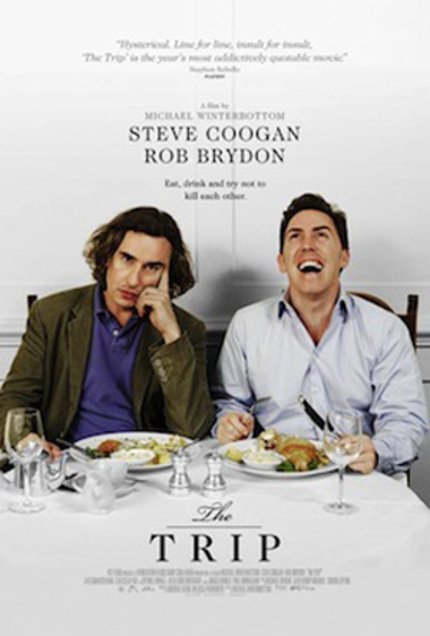 As any regular reader of this site will know, we are big fans of Steve Coogan in these parts and particularly big fans when he teams up with director Michael Winterbottom. He did just this with The Trip, a TV series edited into feature film form for international distribution which featured Coogan and fellow comedian Rob Brydon as themselves on a tour of Northern England to review restaurants and generally nag at one another. It's pretty fantastic stuff and the signature moment of it is, undoubtedly the Caine-off - a sequence in which Coogan and Brydon attempt to one up one another at the dinner table with their impersonations of Michael Caine.

The Trip is about to release in Spain, which means a Spanish trailer. It's actually just the American trailer but with one key difference: They've dubbed it into Spanish. Which means, yes, you now have footage of the dub artists trying to be Coogan and Brydon trying to be Michael Caine with all of Caine's lines translated into Spanish. The results are ... interesting.

Do you feel this content is inappropriate or infringes upon your rights? Click here to report it, or see our DMCA policy.
michael cainemichael winterbottomrob brydonsteve cooganthe trip