Surya Will Mess You Up In 7AAM ARIVU (THE SEVENTH SENSE) 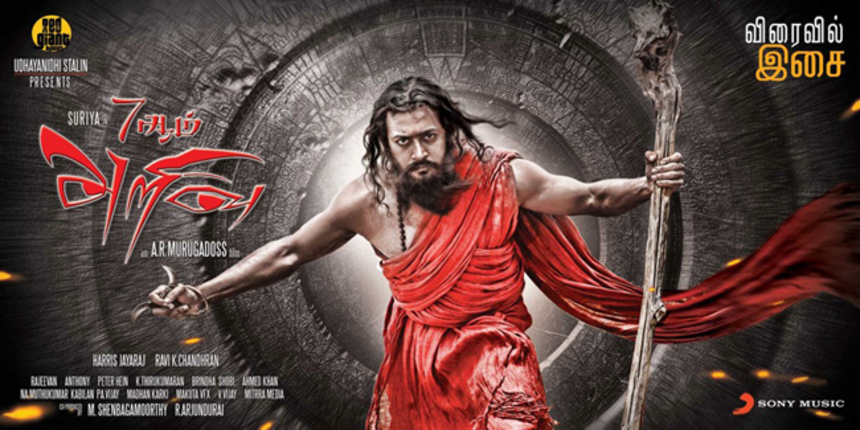 I've been checking my e-mail daily hoping for my news alerts to bring me something substantive about upcoming Tamil big budget film, 7aam Arivu.  Well, so far that hasn't happened, but lucky for me the producer is on Twitter and decided to throw us a bone.  Above this article you see the first promotional image for Surya and AR Murugadoss' new film, and it is a bit perplexing, though still awesome. 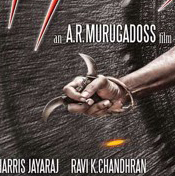 The image above serves to confuse and encourage me all at the same time, if that's possible.  The central image is a ratty looking ascetic, I think, who doesn't really look all that threatening apart from the semi-crazy look in his eyes.  Then your eyes move to his right hand and WHATTHEFUCKISTHATGODDAMNEDTHING?!?!  HOLY SHIT!  I don't know what it is, but I know it's sole purpose is fuckin' people up!  Do that shit!

Anyway.  That excites me.

The plot details for 7aam Arivu have been under a tight seal, however, with the film nearing release, probably in September, I'd image we're going to get more details pretty soon.  The details that have leaked are pretty meager; for those of you who don't want to travel back through the archive, I'll give you a brief summary of what is known.  7aam Arivu is a medical thriller starring Surya as a circus performer and features a climactic scene set 1500 years in the past.   That's it.  Sure, there are songs and dances, romance, comedy I'm sure, and action as well.  One of the most exciting points for me, as I first reported a good 7 months before ANYONE online, is that the will feature Vietnamese martial arts badass, Johnny Tri Nguyen as some kind of villain.  I presume he will kick many people in the face, sometimes several at once. 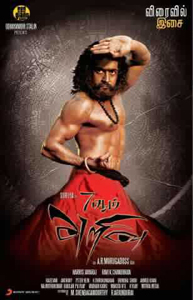 7aam Arivu stars Surya, who is quickly gaining momentum in India as the action star to beat.  Last year he starred in the Tamil original version of Singam on which Ajay Devgn's Singham was based.  By all accounts, Surya's version is superior, due in no small part to his imposing and downright frightening presence.  Prior to that film, Surya and director AR Murugadoss worked together on the original Tamil version of Ghajini (a thinly veiled take on Christopher Nolan's Memento), which was then remade in Hindi with the same name starring Aamir Khan.  The Hindi version went on to become the highest grossing Hindi film up to that point.  Surya also played the lead role in 2003's Kaakha Kaakha, which is being remade in Hindi as Force with John Abraham.  Surya shows no signs of stopping, and I hope he continues this way, 7aam Arivu looks to continue the upward trend.

Producer Uhday Stalin also tweeted a few days ago that he'd just seen the first teaser for the film, so that should hit the 'Net pretty soon, and I'm excited to see what they've come up with.  The music launch is due to take place no later than August 20th, which is good because they try not to wait too long after that for the film release, which leads me to believe we should see this one in September.  I've not had any luck contacting Red Giant about availability of English subtitled prints, but I'll keep trying and let you know when I find out, in the meantime..

Seriously?  What the fuck is that thing in his hand?  FUCK!