US Trailer For IP MAN 2 Brings The Good Stuff 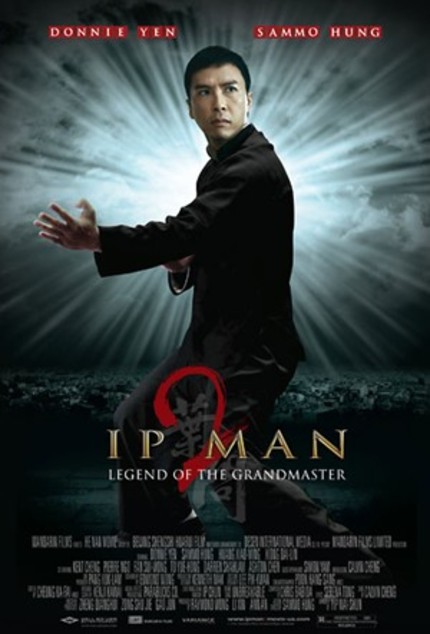 Wilson Yip's Ip Man movies may very well end up going down as the very finest moments of star Donnie Yen's career. More than any others these are the films that Yen seems to have been born to star in, pictures that allow him to play the mentor of his idol Bruce Lee. Yen has arguably never carried himself better as an actor than in these two pictures and his martial arts are in absolute peak form.

International superstar Donnie Yen reprises his iconic role as the real-life kung fu Grandmaster Ip Man, widely known as the man who brought Wing Chun to the world with the help of his star pupil, Bruce Lee. Master Ip, a new arrival in British-occupied Hong Kong, wants to open a martial arts academy to teach his unique Wing Chun style. A corrupt group of martial arts masters, led by Master Hung (Sammo Hung) refuses to allow him to teach in peace until he proves himself as a kung fu master. Ip's troubles continues when he is forced to enter a brutal "King of the Ring" boxing match against Twister, a Western-style boxer who insults the Chinese locals, in a East versus West knock-down, drag-out fight to the finish.

Following a successful theatrical run Ip Man 2 hits DVD and BluRay this week which makes now a very good time to take a look at distributor WellGo USA's domestic trailer for the film. And as much as I like the Chinese trailers, I like this one better. So very, very good. Check it below.