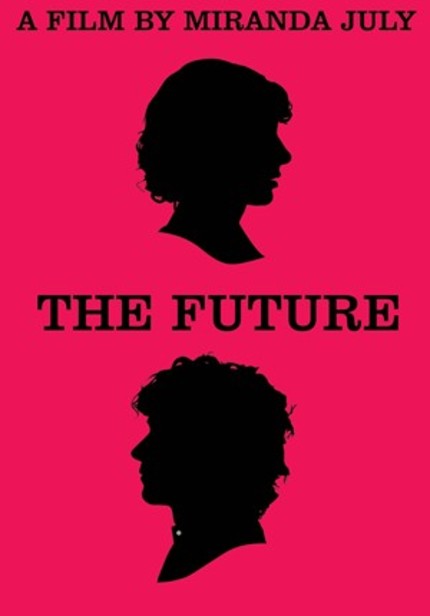 Miranda July has a fascination for strangers, and how the comforts of the ordinary life perhaps become so comfortable that our reaction is to break out is rather unconventional and perhaps inadvisable ways. These themes that she explored in her first film Me and You and Everyone We Know - the desire to find yourself through other people, and make some sort of connection - are taken to even deeper and richer heights in her new film The Future.

In this cat-narrated film (yes, you read that right,) Sophie (July) and her boyfriend Jason (Hamish Linklater) are adopting an elderly cat that will need constant care, and decide to use their last remaining month of freedom to break out of their humdrum lives. Now in their mid-30s, neither has achieved any grand dream of life. So Jason quits his IT tech support job and volunteers to go door-to-door to sell trees, while Sophie quits her job as a dance teacher to attempt to do her own dance work.

If all of this sounds a bit too precious, rest assure that it is far from that. July has a unique visual eye that is gorgeously realized by cinematographer Nikolai von Gravenitz. As Jason walks the streets, and faces constant rejection, his eyes see a rather empty Los Angeles, one where the acceptance of one's small corner of the world is the norm, and it is only through meeting a lonely old man with odd collections that Jason finds some strange semblance of human contact. Sophie's attempts at dancing fail and she finds solace in an affair with a stranger. She sees all around her as places where she can hide, other people she can wrap herself inside.

Linklater and July are perfectly matched. It doesn't hurt that they are physically similar, as though they embody a generic entity that is lost in today's western culture. Their contrasts are not simply male/female, but two different reactions to their strange situation. You want to slap Sophie, and hug Jason, or vice versa, frequently throughout the film. Between Linklater's deadpan delivery and July's earnestness, you can't imagine the two of them apart.

When the story introduces a bit of magic realism, it doesn't feel out of place. It is, in fact, extremely difficult to change one's life; not through lack of desire, but through fear, and the necessity of other people, who are often unwilling to reach out themselves. Jason and Sophie are good, if aimless, people, and their strangeness is one that most of us experience.

July's genius lies in the mood she creates, one where the viewer can understand the feeling of too-much comfort, a desire to know the world in ways that cannot be realized, and the fact that that realization comes through connects with individuals rather than grand gestures or works. The Future is sublime and quirky, and July's work as a filmmaker continues to grow in strength and originality.