Englishmen in Tights abound as Snyder casts his Superman! 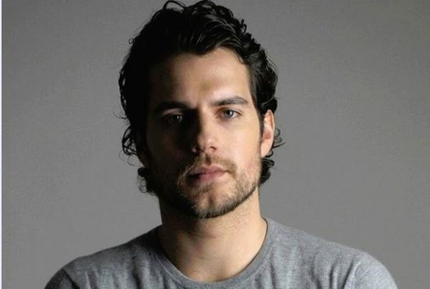 News has just surfaced that Zack Snyder (300, WATCHMEN) has cast English actor Henry Cavill to play Superman in his new big screen adaptation, SUPERMAN: MAN OF STEEL. 27-year-old Cavill has popped up in the likes of THE COUNT OF MONTE CRISTO and WHATEVER WORKS, but is probably best known for his role as Charles Grandon in Showtime's hit period drama series THE TUDORS. Expect more casting news to pop up in the near future as Snyder's reboot of the faltering comic book series already has a scheduled release date of December 2012.
Interestingly, Henry Cavill's casting continues the current British dominance in landing big screen superhero roles, with Batman, Spider-Man, Professor X, Magneto, Odin and now Kal-el himself all going to prominent young actors from the UK. Chris Evans had better watch his back or Statham will be swiping Cap's shield off him before the year is out!
Sign-In to Vote
Tweet 0 Submit

It's a fun trend.

It seems like Americans only get cast as superheroes, if the part is that of a douchey fratboy-type. Like Chris Evans in FF and Ryan Reynolds in Green Lantern.

It seems like the more in-depth characters are exclusive to the Brits.

Off the top of my head, I can only think of 2 exceptions. Edward Norton in Incredible Hulk and Downey Jr. in Iron Man. Even though, Tony Stark is a bit of a loveable douche.

I met Cavill on a recent set visit that I'm not allowed to talk about yet and came away very, very impressed. Obviously REALLY intelligent, very friendly. hard worker, etc. Takes his craft really, really seriously without being a prat about it.

Interestingly on that visit he actually brought up how he'd been in consideration for the Singer Superman before Routh landed it. It was obvious how disappointing losing the part had been for him then, so he must be over the moon about it now ...

Seems a strange choice though, he has a much more rough, tough guy thing to him than previous Supermen. Obviously a much better actor though.