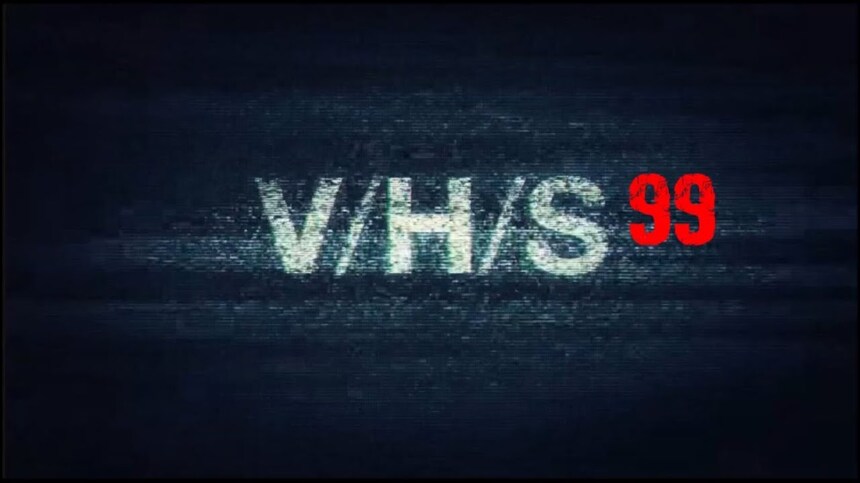 After almost a decade of inactivity, the V/H/S franchise, a long-running horror anthology series initially inspired by the then-nascent found-footage format, returned last year with an all-new entry, V/H/S/99, filled with multiple stories of varying lengths and quality, the usual wraparound story (also of varying quality), and more than enough blood, gore, and body parts to satisfy even the most jaded gourmands of the horror kind.

It was, however, briefly, a welcome respite from the now-fading pandemic. And with premiere horror streamer Shudder to help to fund the newly resurrected series, the future looked grim, dark, and bloody for old and new fans alike.

Much like its predecessors, the latest addition to the franchise varies in quality, but unlike last year's entry, V/H/S/94, even the least memorable, least adventurous segment, Tyler MacIntyre’s The Gawkers, rarely slips into tedium, mostly because the segments are perfectly timed to deliver the by now well-known combo of the premise, character, and theme/message within their allotted time slot. Thematically, they’re linked by the familiar Tales From the Crypt-inspired comeuppance, often above and beyond the transgressive nature of the characters’ actions, for any and all trespassers. Trespassing can be literal, as in going where you shouldn’t go, or figurative, as in breaking societal rules out of self-interest, cruelty, or even boredom.

Of the five segments — an inessential interstitial segment involving a teen shooting old-school plastic soldiers into an animated mini-movie ultimately segues into The Gawkers — the first, writer-director Maggie Levin’s excellent Shredding, a cautionary tale about disturbing the ghosts of the dead at your own peril, starts off strongly, focusing on a group of friends and bandmates who venture to an abandoned nightclub to record themselves for a never-to-be-uploaded segment of their Jackass-inspired show. While the ending devolves into the panicky handheld camerawork, rapid-fire edits, and freeze-frames, everything that precedes the last few minutes delivers a mix of unforced character interplay, period specificity, and late-‘90s surf-rock.

As we learn in the opening moments of the second segment, written and directed by Johannes Roberts, Suicide Bid, an over-eager college freshman, Lily (Ally Ioannides), decides to pledge to one and only one sorority, apparently risking all-around rejection and ostracism if she’s not accepted by the sorority of choice. Of course, it turns out to be a decision she soon regrets when her potential, mean-spirited sorority sisters convince her to participate in a test of loyalty (i.e., hazing by another name), spending a night in a coffin in a newly dug grave with nothing but a video camera and her wits to keep her company.

Worse, Lily discovers something similar happened two decades earlier and the other girl, forgotten by her tormentors, disappeared, her body never found. The result is every bit as claustrophobic and as discomfiting as it sounds, though a rushed denouement blunts the segment's overall impact or effect.

Co-written and directed by Flying Lotus (aka Steven Ellison), the third segment centers on a Nickelodeon-inspired kid’s show, Ozzy’s Dungeon, where teens vie with each other, time, and an obstacle to getting one of their fondest wishes granted by the perpetually offscreen Ozzy. As no one’s ever actually won the competition, Ozzy hasn’t granted any wishes.

When a taping goes awry, however, leaving an over-excitable teen, Donna (Amelia Ann), permanently disabled, her family decides to exact retribution on the smug, self-satisfied host by forcing him to reenact a taping, up to and including slipping and sliding in all kinds of bodily fluids, identifiable and otherwise. The crude, if effective, resolution turns on the “be careful what you wish for" idea, ending appropriately enough on a note of abject cosmic horror.

The Gawkers turns on the intersection between voyeurism, male hormones, and fears of female sexuality, in this case, a handful of older, bored teens who decided to spy on their new neighbor, Sandra (Emily Sweet), a pretty, twenty-something blonde occupying the house across the street all by herself. Punishment for their transgression goes above and beyond what their actions necessarily merit, but that’s to be expected where a series like V/H/S — and to be fair, most horror — is involved.

It’s still slightly disappointing, though, that The Gawkers takes a predictable A-B-C approach to telling its tale of terror and woe. A swerve or two might have helped along with maybe a little more time to build up the characters, their predicament, and their eventual fates.

The writing-directing duo, Joseph and Vanessa Winter, behind the recent Deadstream (highly recommended), round out V/H/S/99 with a memorable segment involving a demonic ritual, a coven of witches, a couple of in-over-their-head videographers, including one played by Joseph Winters, and an unintentional side trip to a hell dimension where chaos does indeed reign. Probably the bloodiest and goriest segment, crammed with inventive, nightmare-inducing grotesques out of Hieronymus Bosch or Francis Bacon, To Hell and Back ends V/H/S/99 on a welcome high note that suggests there’s more than enough life (and death) left in the anthology series for at least one more entry.

V/H/S99 is now streaming on Shudder.