Directed by Kristina Buozyte and Bruno Samper, the eco-punk post-apocalyptic story stars Eddie Marsan and Raffiella Chapman in what is essentially a fairy tale with high production values. 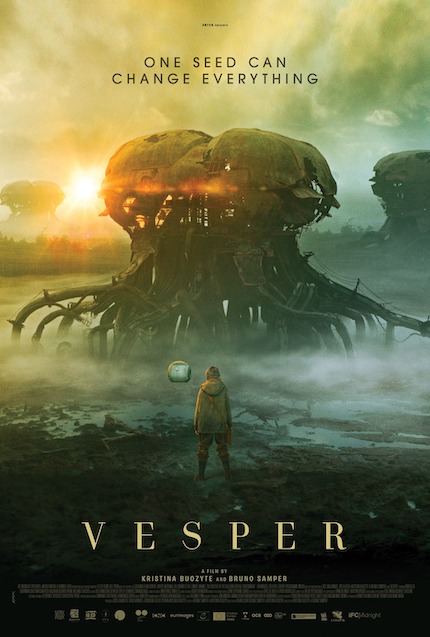 Starting their collaboration on 2007's The Collectress, the writing-directing team of Kristina Buozyte and Bruno Samper.came into the international spotlight with Vanishing Waves. The pair managed to deliver a short segment, K is for Knell, for horror anthology ABCs of Death 2 before wrapping up their most ambitious work to date, Vesper.

Addressing a series of hot-button topics, Vesper is a Jeff VanderMeer film for Gen Z. Ecological catastrophe mixes with social injustice, as the protagonist dabbles in low-key politics and stealth action in a struggle for survival.

The European-produced, English-language Vesper is an eco-punk post-apocalyptic story translating all anxieties of the young generation into a not-so-distant vision of the future. Set after the collapse of Earth's ecosystem, the 13-year-old titular protagonist, portrayed by Raffiella Chapman, makes end meets by scavenging the forest.

She does so not only for herself but also for her paralyzed father (Richard Brake), who communicates through a drone. Vesper is a child prodigy in science, hoping her discoveries and bio-hacking skills will earn her a brighter future in the Citadel. The "promise city" provides a dwelling for oligarchs, enjoying a less painful existence due to cutting-edge biotechnology.

In a twist of fate, Vesper finds a mysterious girl named Camellia (Rosy McEwen), wandering the forest disoriented. As it soon transpires, Camellia is a glider crash survivor who has been en route to the Citadel. Camellia has been traveling with another person, and she promises Vesper a ticket to the Citadel when they find the other member of her troupe.

The plot thickens when Vesper's uncle Jonas (Eddie Marsdan) starts meddling in their business. Jonas is a ruthless patriarch in a tribe-like settlement selling the blood of his children and close ones to keep the operation running. The vampiric exploitation channels capitalistic frustration, while Vesper becomes the ideal of resourceful youth willing to grind its way to a better life. 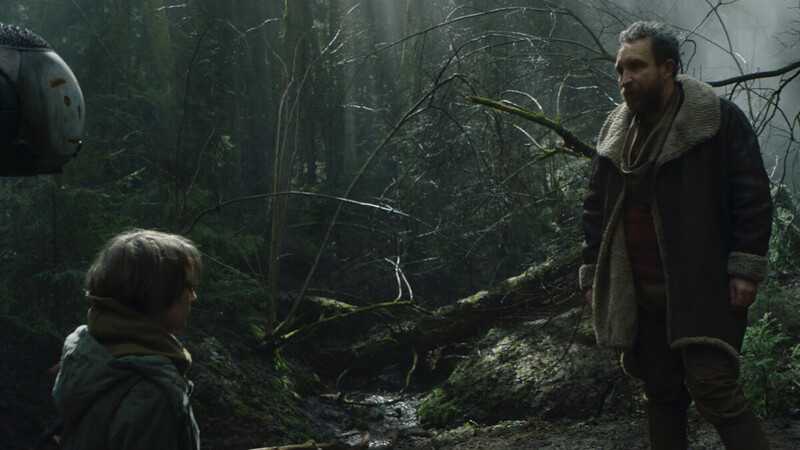 Jaco van Dormael's Mr. Nobody belongs among the most notable Euro sci-fi films in the last 10+ years. Vesper departs significantly from the philosophical aspect of van Dormael's speculative fiction, embracing a current zeitgeist.

It marks a fundamental shift, a generational shift, in how reality and the unavoidable future are perceived, the sense of purpose being replaced by a drive to survive. Kristina Buozyte and Bruno Samper condensed the fears, frustrations, and anxieties of the younger generation into a topical young-adult story. Vesper is a Harry Potter and Hunger Games cross-over adorned in the sci-fi genre.

Vesper is essentially a fairy tale with high production value. The worldmaking occasionally takes over the narration.

The majority of the plot unfolds in a forest and around Vesper's ramshackle house in the middle of nowhere. The director uses a medieval setting, emphasizing the backward turn of civilization. The Citadel remains the stronghold, if not for the brightest then surely for the richest members of society. And while the plot does not unfold against the backdrop of ornamental eye-popping CGI sets, the eco-bio-punk setting is rendered in the tradition of French graphic novels, led by production designers Raimondas Dicius (Stranger Things) and Ramunas Rastauskas (Chernobyl).

Despite the fairy tale template underlying the story and young-adult framing, Vesper remains a dark venture. In addition to the rapidly rising body count, Kristina Buozyte and Bruno Samper did not avert from child violence and hints of grooming.

On the other hand, Vesper sheds several stereotypes behind; male characters are either in the position of authoritative tyrants or paralyzed savants. The main character is an androgynous-looking protagonist addressed by she/her pronouns while the dominant supporting character of Camellia is based on more obvious female traits. The female power translates into the film´s politics and leadership without appearing like a feminist manifesto or a vehicle for wokeism.

Review originally published during the Karlovy Vary Film Festival in July 2022. Vesper will be released in the U.S. in movie theaters and on VOD by IFC Films on September 30, 2022. Visit the official site for more information.