Ard Vijn
Editor, Europe; Rotterdam, The Netherlands (@ardvark23)
Tweet Post Submit
Gerry and Sylvia Anderson are known as legends in the field of science fiction television series, and rightfully so. While they are probably most famous for their live action series Space: 1999 and the puppet series Thunderbirds, they have been responsible for a lot more titles. The British distributor Network is now releasing these older titles as lavish Blu-ray boxsets, and these are a sight to behold. If this paragraph so far feels familiar, I'm flattered, because it means you've read the article I wrote for Network's pimped Blu-ray release of Fireball XL5, back in April. In that article, I called that edition "magnificent". Well guess what? Their release of the aquatic science fiction puppet series Stingray is even better.

Switching from black and white to colour, with Stingray the Andersons chose to create an entire new universe and set of characters, rather than a new season for Fireball XL5. And this time, instead of space, the heroes of the titular submarine have to keep the seas safe from strange ships, evil humanoids and giant creatures.

Network has put some crazy enthusiasts on the design of this boxset, and it's a beauty, so here is a gallery of shots. Click on the edge of the pictures to scroll through them, or at the center of each to see a bigger version. 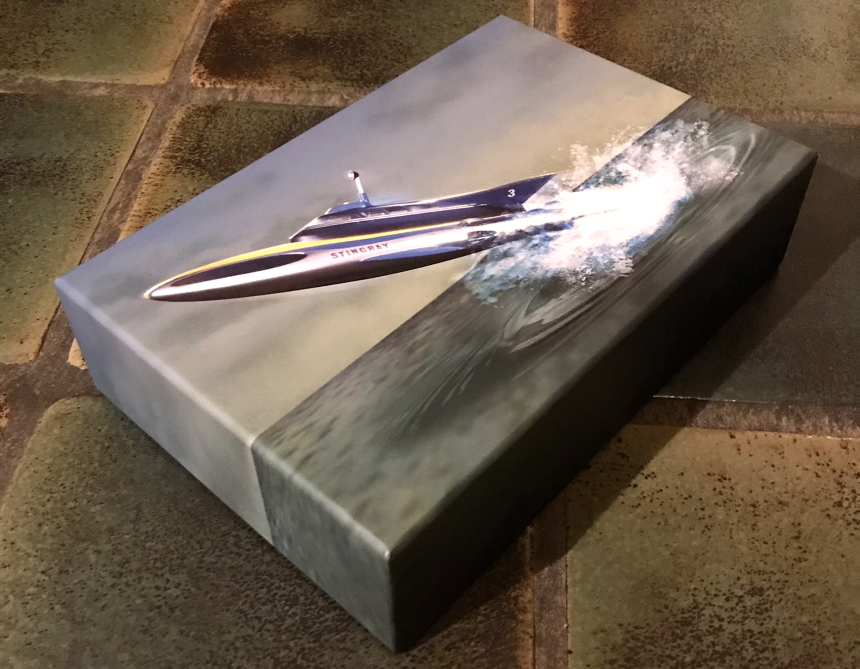 And here is the box, a BIG box. 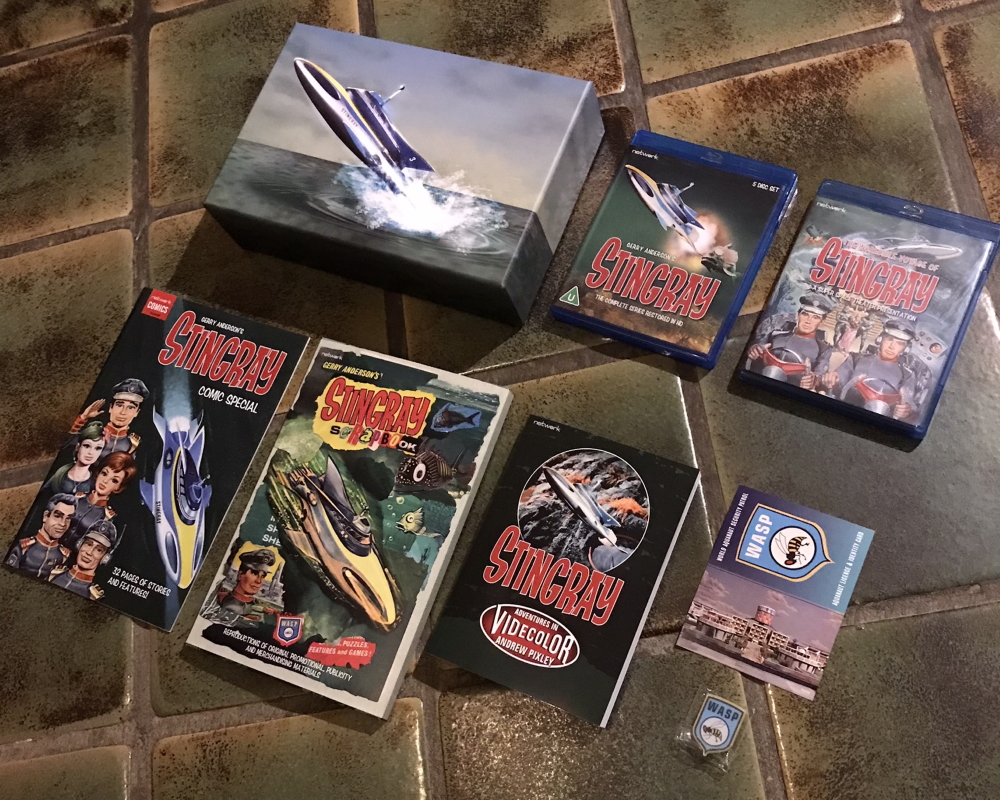 There's not much air in it either; there's books, disc-holders and trinkets. 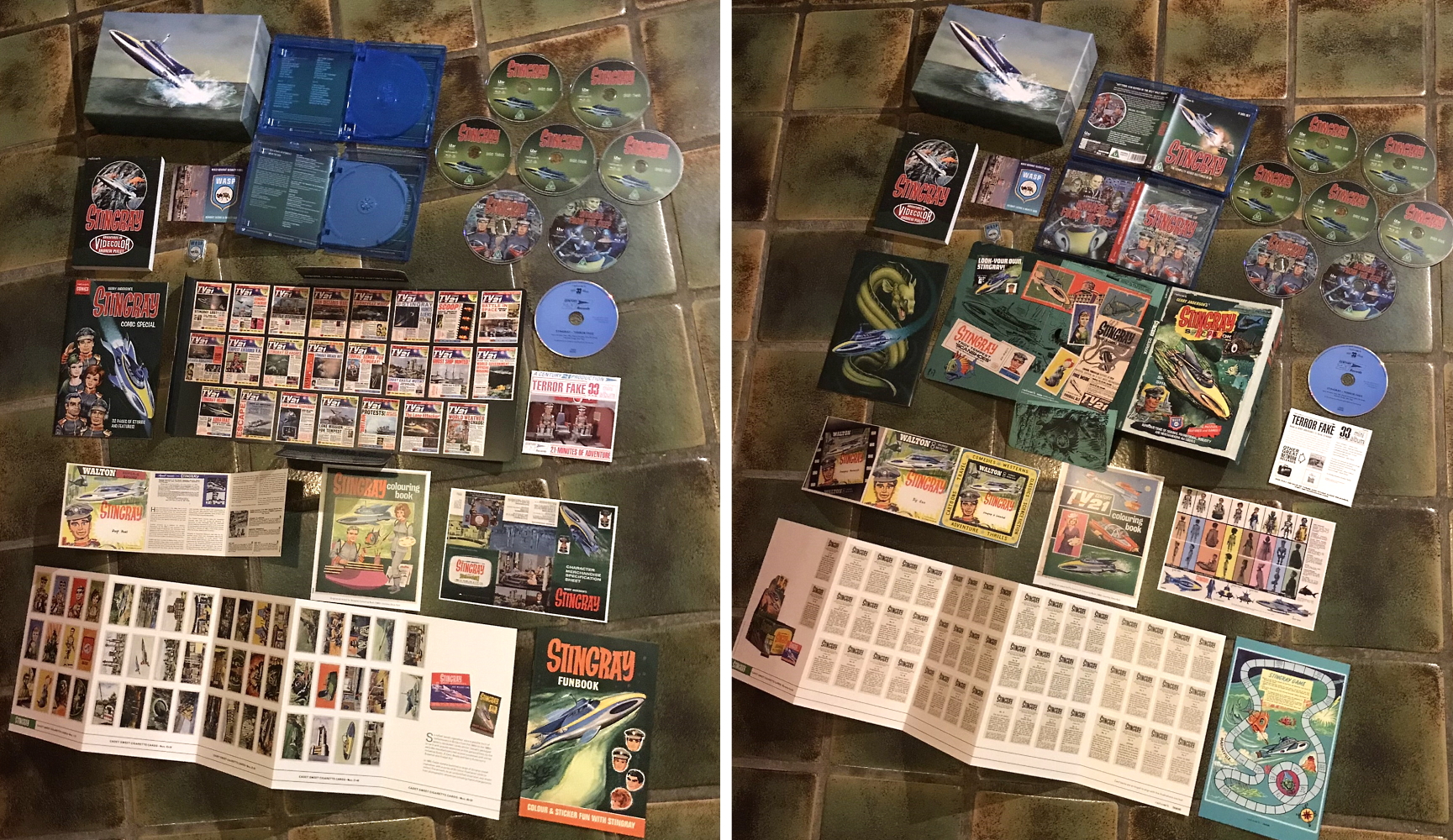 All contents spread out. As many are reversible, I've taken two pictures. You get the series, the cinema film versions which were released years later, an example of the many toy books you could buy, a photo-comic book, a 300-page production pocket, the collectable cigarette cards, pictures, a CD with songs... it's overflowing almost. 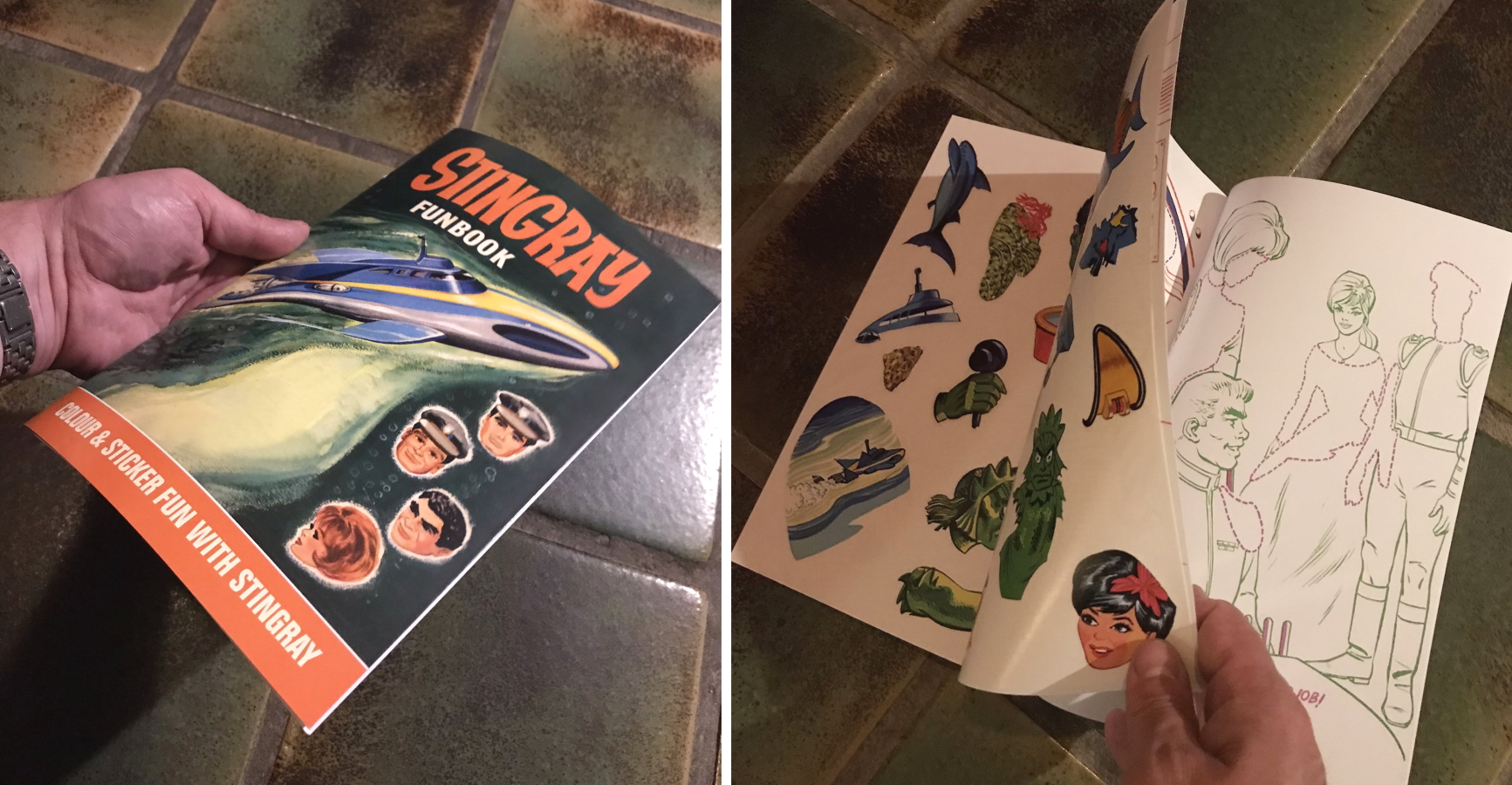 What? No of course I won't use it or give it to children, I'm a collector!

The photo comic. I love the spread in the middle, showing a numbered diagram of the Stingray and some monster being fought. 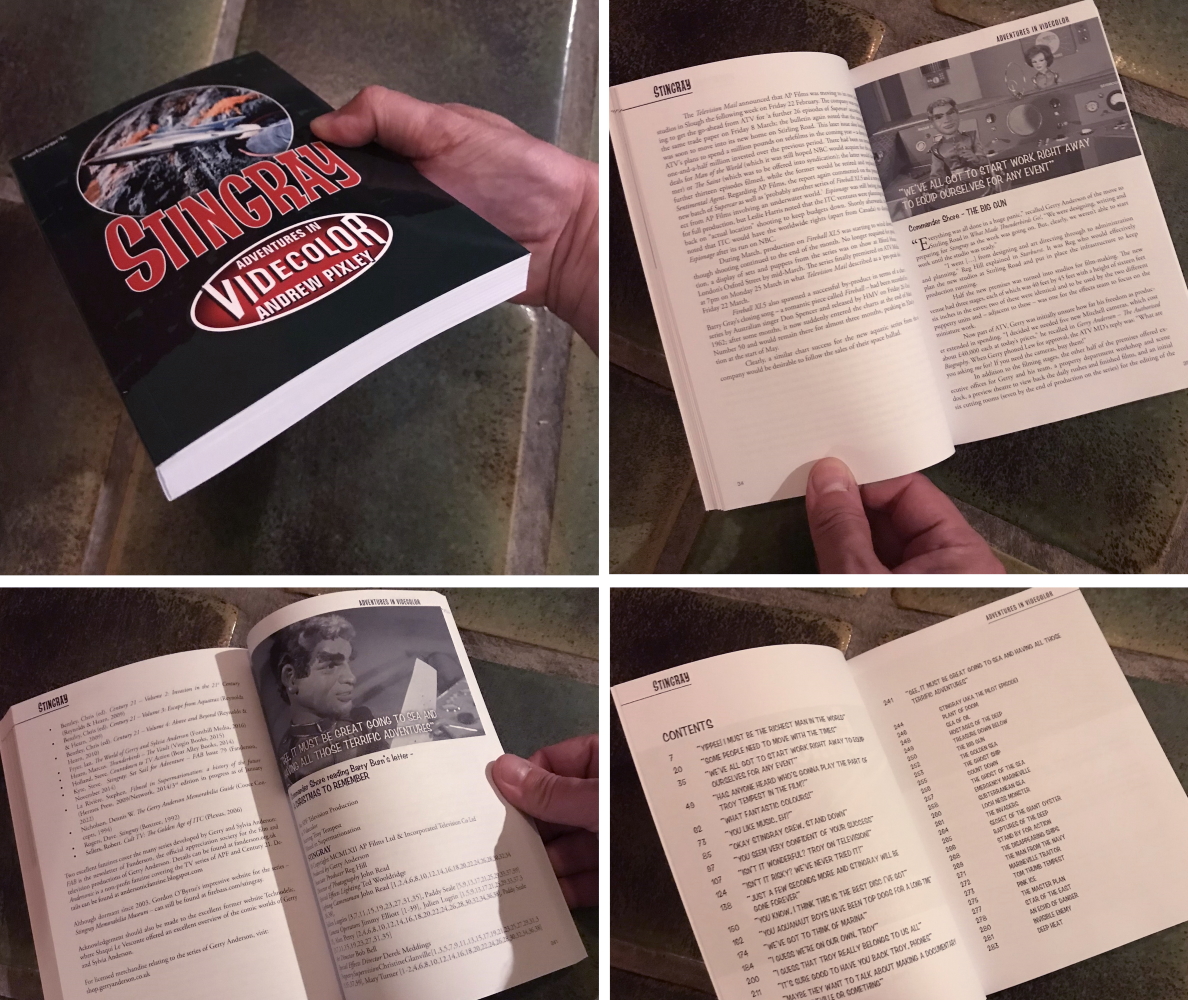 The production pocket, named "Stingray: Adventures in Videcolor". Its as comprehensive as you'd want. Everything is in there, production details, the episode list with plot descriptions and anecdotes. 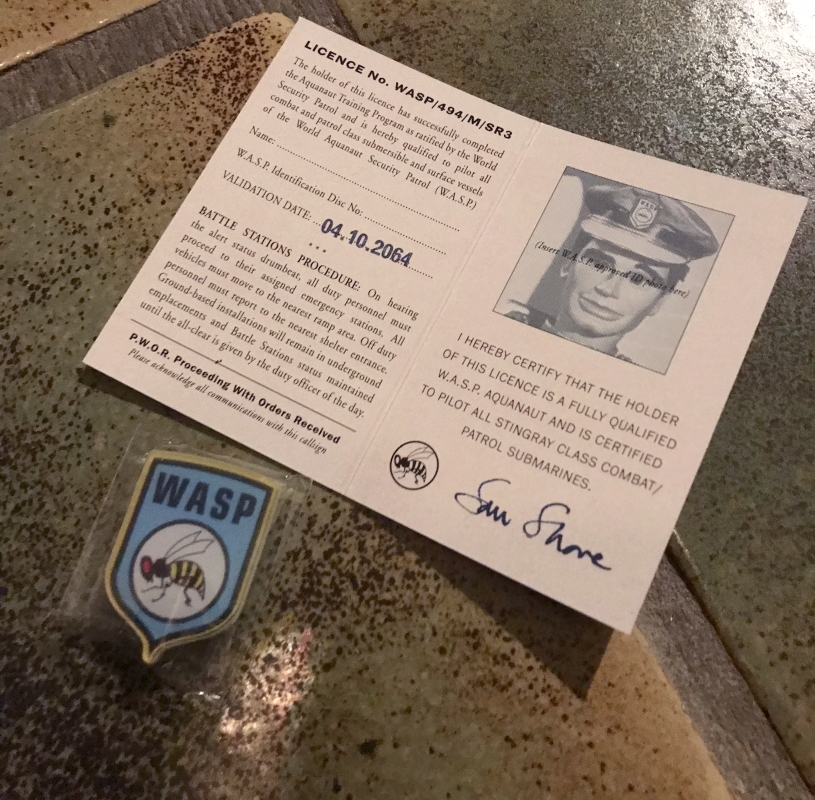 Some trinkets: a passport and a pin. 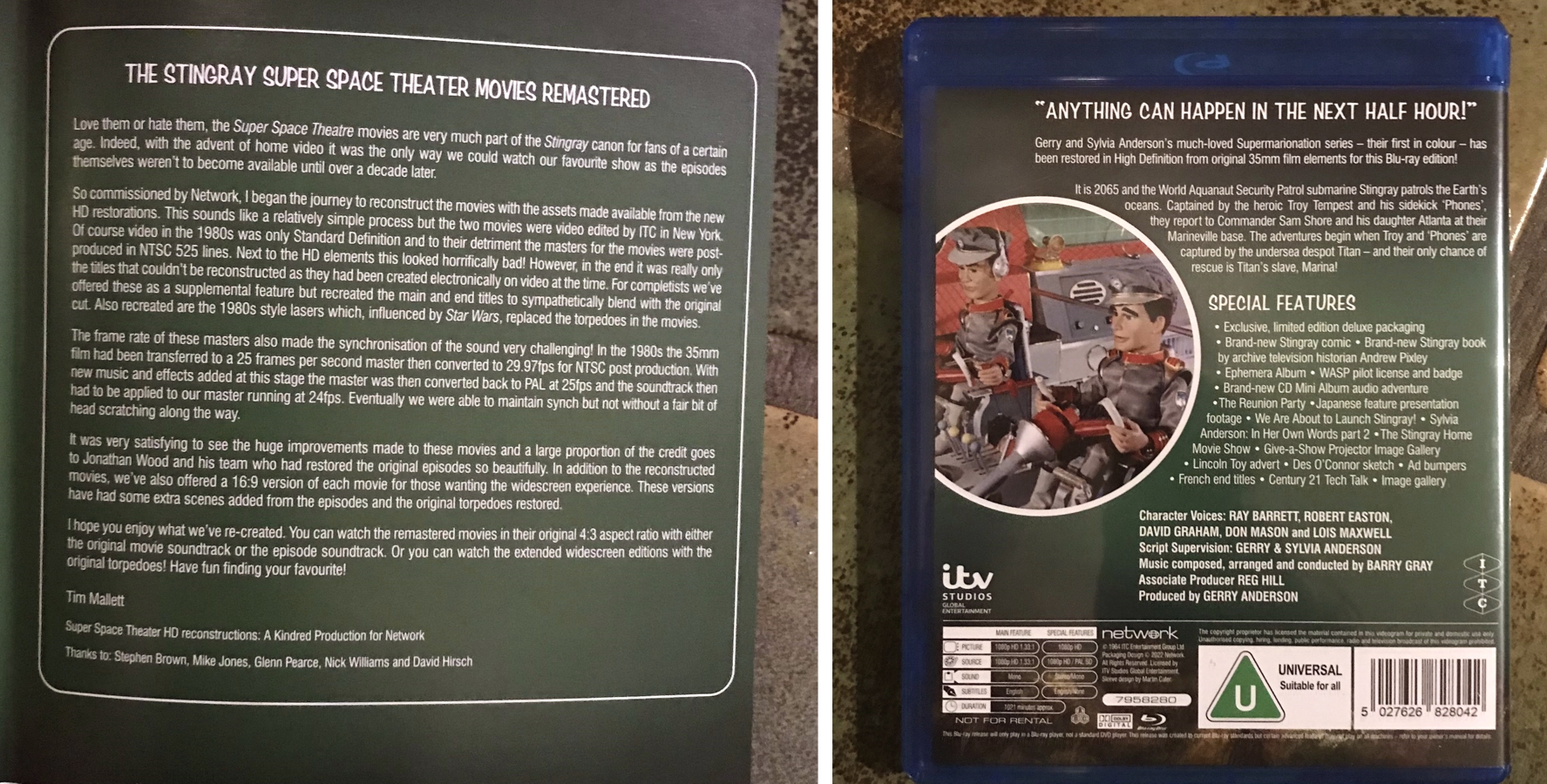 The series is presented on five Blu-rays and the films on two. You can see the on-disc extras by zooming in on the picture.

It's basically a crazy fan edition made by crazy fans for crazy fans. And I applaud that. What's next, Network? Captain Scarlet and the Mysterons?