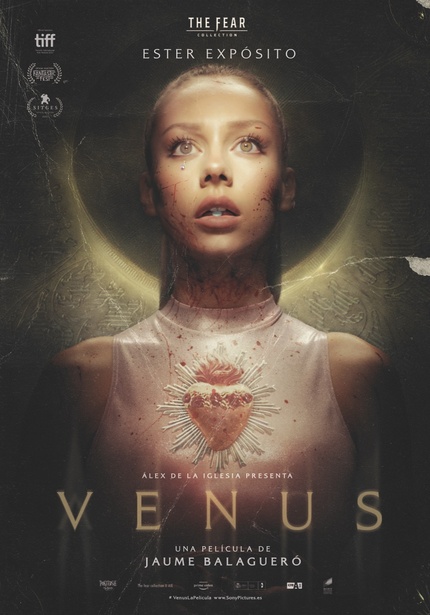 Spanish director Jauma Balagueró might not be quite as well-known as other directors of his country, at least outside of it, but he's a cornerstone of the horror renaissance that swept the country in recent decades. From the [REC] series to Sleep Tight, he's left an indelible mark. So it's only fitting that his latest feature, Venus, should open Sitges 2022.

The only plot description we have thus far is 'Horror invades the concrete corridors of a cursed apartment complex on the outskirts of Madrid.' All you have to do is put Balagueró's name on a film and I'll go, but this is extra incentive. For those attending TIFF or Fantastic Fest, you'll have a chance to see it there. More details in the press release below.

Jaume Balagueró's latest and eagerly awaited film, Venus, will be opening the 55th edition of the Sitges Film Festival on October 6th. The Catalan director has crafted a terrifying story co-written together with Fernando Navarro, inspired by H.P. Lovecraft and starring Ester Expósito. Following its screening at the upcoming Toronto Film Festival, Sitges will be hosting the film's European premiere.

Venus is the second project from The Fear Collection, the Spanish film label specializing in the horror and suspense film genre, created by Sony Pictures International Productions and Pokeepsie Films (Álex de la Iglesia and Carolina Bang's production company), in association with Prime Video. Its official presentation took place at last year's Festival edition. Venus participated in the past Fantastic 7 held at Cannes 2022, as the project presented by the Sitges Film Festival. Veneciafrenia, a film directed by Álex de la Iglesia, is the first feature film from The Fear Collection and it also premiered at Sitges 2021

Jaume Balagueró has opened Sitges at past editions with Darkness, [REC 2], together with Paco Plaza, and [REC 4]. He has also been part of the Festival's Official Selection on numerous occasions, with films like The Nameless (which garnered three awards), [REC] (together with Paco Plaza, which also picked up three awards), Fragile, Sleep Tight and Muse. In addition to having participated with his first short films and winning awards for 'Alicia'.

Do you feel this content is inappropriate or infringes upon your rights? Click here to report it, or see our DMCA policy.
Jaume BalagueróSitges Film FestivalVenus