Criterion in October 2022: CURE and Other Classics 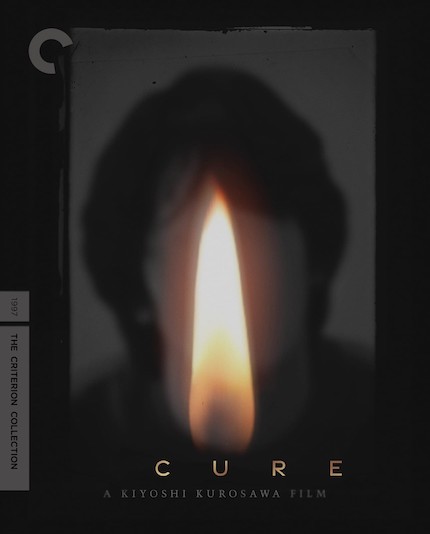 Kurosawa Kiyoshi's Cure is one of the very few movies that made me stop breathing.

I was in the middle of a full house for a screening at Asian Film Festival of Dallas. My blood ran cold. I started breathing again, but just thinking about it now freaks me out.

The Criterion Collection will release Cure on Blu-ray in October 2022, featuring a "4K digital restoration, supervised by cinematographer Tokusho Kikumura, with uncompressed stereo soundtrack," per the official verbiage, as well as a "new conversation between director Kiyoshi Kurosawa and filmmaker Ryusuke Hamaguchi, interviews with actors Masato Hagiwara and Koji Yakusho, interview from 2003 with Kurosawa, trailers and teaser, plus an essay by critic Chris Fujiwara."

Jayro Bustamante's horror film from Guatemala, La Llorona, "repurposes and recontextualizes the 'La Llorona' legend (ghostly woman who kidnaps small children to replace her own, drowned children) to explore Guatemala's unresolved, unreconciled past," according to our critic Mel Valentin. Criterion's Blu-ray edition comes from a 2K digital master, and includes a "new interview with Bustamante, documentary on the making of the film featuring interviews with cast and crew, trailer, new English subtitle translation, plus an essay by journalist and novelist Francisco Goldman."

Other releases includes a 4K edition of George A. Romero's Night of the Living Dead, new 4K digital restorations of David Lynch's Lost Highway and Kasi Lemmons' Eve's Bayou, and a restored 4K digital transfer of Frank Capra's Arsenic and Old Lace. Visit the official site for more information, to place your orders, or merely to dream awhile.

Do you feel this content is inappropriate or infringes upon your rights? Click here to report it, or see our DMCA policy.
Criterion CollectionDavid LynchGuatemalaJapanJavier BustamenteKurosawa Kiyoshi