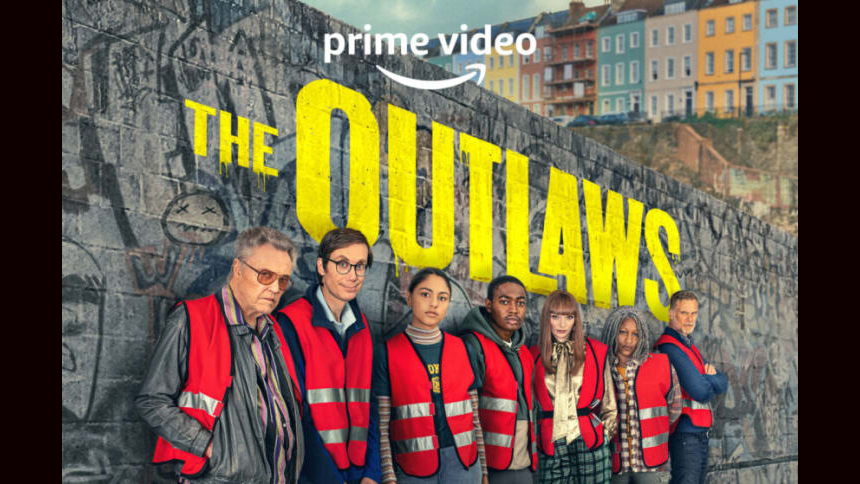 The Outlaws
The six-episode series is now streaming on Prime Video.

Dry and wry, The Outlaws is the latest series from Stephen Merchant (The Office, Extras), co-created with Elgin James (Mayans M.C.), an ensemble comedy-drama about seven people serving their "Community Payback" sentences in Bristol, England, removing graffiti and cleaning up a derelict area in the city. Their non-violent offenses are relatively minor in nature, but serious enough to merit conviction and judicial action.

The first to be introduced, shoplifting, is university student Rani (Rhianne Barreto) and the first couple episodes play out largely through her wide-eyed, guilty gaze as she meets the other offenders, dons a yellow vest, and gets to work. The group is the definition of a motley crew: Chris (Gamba Cole) has gotten involved in crimes while trying to provide for his younger sister; John Halloran (Darren Boyd) is a business owner facing hard times; Gregory (Stephen Merchant) is a lawyer, scrabbling for clients; Myrna (Clare Perkins) is an activist; and Lady Gabriella (Eleanor Tomlinson) is a social-media celebrity with anger issues, to say the least.

And then there's Frank Sheldon (Christopher Walken), who is a hard-case miscreant of long standing. Walken takes great pleasure as a supporting player, as evidenced in the recent Apple TV+ series Severance; here, he delivers his lines with snappy insouciance, in a variety of delightful readings that are designed to call back to many past moments in his career.

It's the extra sauce that's needed to spice up a series that is not in a particular hurry to get anywhere. The pleasure comes from soaking in the fresh essence of the characters and to enjoy the clever dialogue concocted by Merchant, James, and their fellow writers. 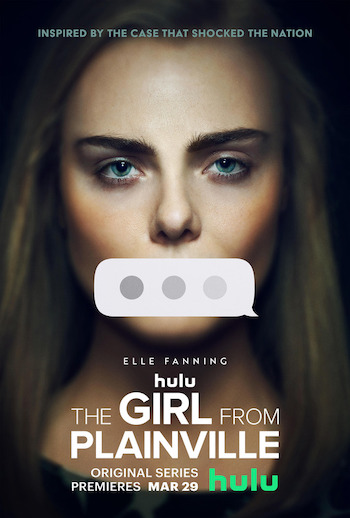 The Girl From Plainville
The first three episodes of the limited series are now streaming on Hulu.

This year, the Hulu streaming service has lined up one mini-series after another that revisits notorious events from the past three decades, providing a kind of crash course in pop culture for young or forgetful viewers.

All have been led by actors applying their considerable talents to impersonate individuals who have been defined by those newsmaking opportunities: Lily James and Sebastian Stan in Pam and Tommy, Amanda Seyfried in The Dropout, and now Elle Fanning in The Girl From Plainville. (The latter two shows benefit from the probing sensibility of writer and producer Liz Hannah.) The series have varied in their ability to compel sustained interest, but have all demonstrated evident sincerity in their desire to go beyond the tabloid-headline nature of their stories.

The latest is The Girl From Plainville, in which a young woman urged a male friend to commit suicide via an extended series of text messages. What she did or didn't do, specifically, and what she knew while she was doing it, and what legal and moral responsibility she had for her actions, forms the basis for the series.

I began watching with a mortifying sense of dread, which is complicated by the charming on-screen appeal that Elle Fanning has built up over her career as an actress. Her ability to present herself as an authentically happy, good-natured, well-intentioned woman in real life -- or at least as 'real life' as talk show appearances tend to be -- flies directly in the face of her character here, Michelle Carter, who looks to all the world like a happy, good-natured, well-intentioned woman.

Beneath that exterior, however, the series strongly suggests that Michelle Carter was not altogether well, which makes her actions all the more disturbing. It's not easy or pleasant to watch, not least because so much of the most pertinent "action" takes place on tiny cell phone screens, so that the viewer is constantly forced into neck-craning positions to read what's happening.

Elle Fanning gives an incredibly nuanced performance, though, as Michelle Carter, which is surprisingly effective in its disquieting ability to unsettle preconceptions. She is balanced by Chloe Sevigny, who convincingly captures a mother's grief as she deals with the death of her son, known as Coco (Colton Ryan).

Do you feel this content is inappropriate or infringes upon your rights? Click here to report it, or see our DMCA policy.
Chloe SevignyChristopher WalkenElle FanningHuluPrime VideoStephen MerchantUKUS