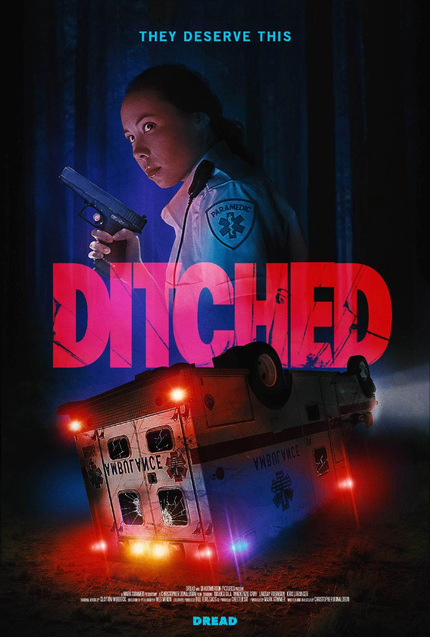 With continuing Pandemic-related health and safety issues looming over in-person cinema visits, as well as the opening of the Sundance Film Festival, albeit entirely virtual, much of the air around indie and international genre films has been sucked up, yet a few hardy titles are braving the circumstances this week.

Ditched
The film is available as of today on VOD via Dread.

"Not all of us are criminals," says Melina (Marika Sila), a paramedic, who has awakened wakes, according to the official synopsis, "in an overturned ambulance with no memory of the accident. She is trapped in the woods with two prisoner medical transfers and the police escort team, and they are all desperate to escape. The group quickly discover that they are the victims of an ambush with the perpetrators hunting them down one by one."

Nocturna: Side A - The Great Old Man's Night
The film is available as of today on Digital via Breaking Glass Pictures.

"Ulysses is a hundred-year-old man living with his wife, Dalia, in their Argentine colonial apartment. This is the last night of his life and Ulysses will start to experience frightening events in his apartment and throughout the building. They are events that will force him to rethink past decisions, his present circumstances and his view about his reality."

In his review, our own Andrew Mack continued: "With the flick of a switch I realized my expectations, based off of Calzada's previous horror films, were wrong and I understood what his intentions really were. From there I was fully invested in Ulysses' story and his journey into eternal night."

Nocturna: Side B - Where the Elephants Go to Die
The film is available as of today on Digital via Breaking Glass Pictures.

The journey continues in Side B.

Heading for theatrical and/or VOD release later this week:

A Shot Through the Wall
The film releases Friday, January 21 in theaters and On Demand via Vertical Entertainment.

Where do you stand on police officer-involved shootings? The emotionally-charged scenario is giving a new spin by writer/director Aimee Long:

"After an accidental shooting of an innocent Black man in Brooklyn, Chinese-American police officer Mike Tan must wade through his profound guilt as he attempts to navigate the complicated worlds of media, justice, and racial politics."

Stephen Moyer (True Blood) stars as a desperate man who takes a priest (the great Colm Meany) hostage. That's a one-liner that instantly arrests my attention, and the trailer reinforces the notion.

Directed by prolific Korean auteur Hong Sang-soo, and "shot just before COVID pandemic and the ensuing lockdown in February-March of 2020," noted our own Dustin Chang in his review, "this slight film, clocking at mere 65 minutes, is an unusually serene drama for the director. Perhaps it was the result of our collective helplessness and fear for the future that Hong felt when he conceived the project, in regards to the younger generation."

To conclude, let's go back in time with this action film.

New York Ninja
The film opened yesterday in Los Angeles via Vinegar Syndrome and will roll out to other movie theaters throughout the U.S. in the coming weeks.

Our own J Hurtado began his review thusly: "It was probably the moment in New York Ninja in which the titular vigilante digs a bullet out of his chest with a custom engraved "N Y Ninja" throwing star that truly made me think, "Yeah, this is the good stuff", and if you aren't sold by that, I'm sorry friend, I don't wanna know you."

Read his entire review. Watch the trailer below. Act accordingly. 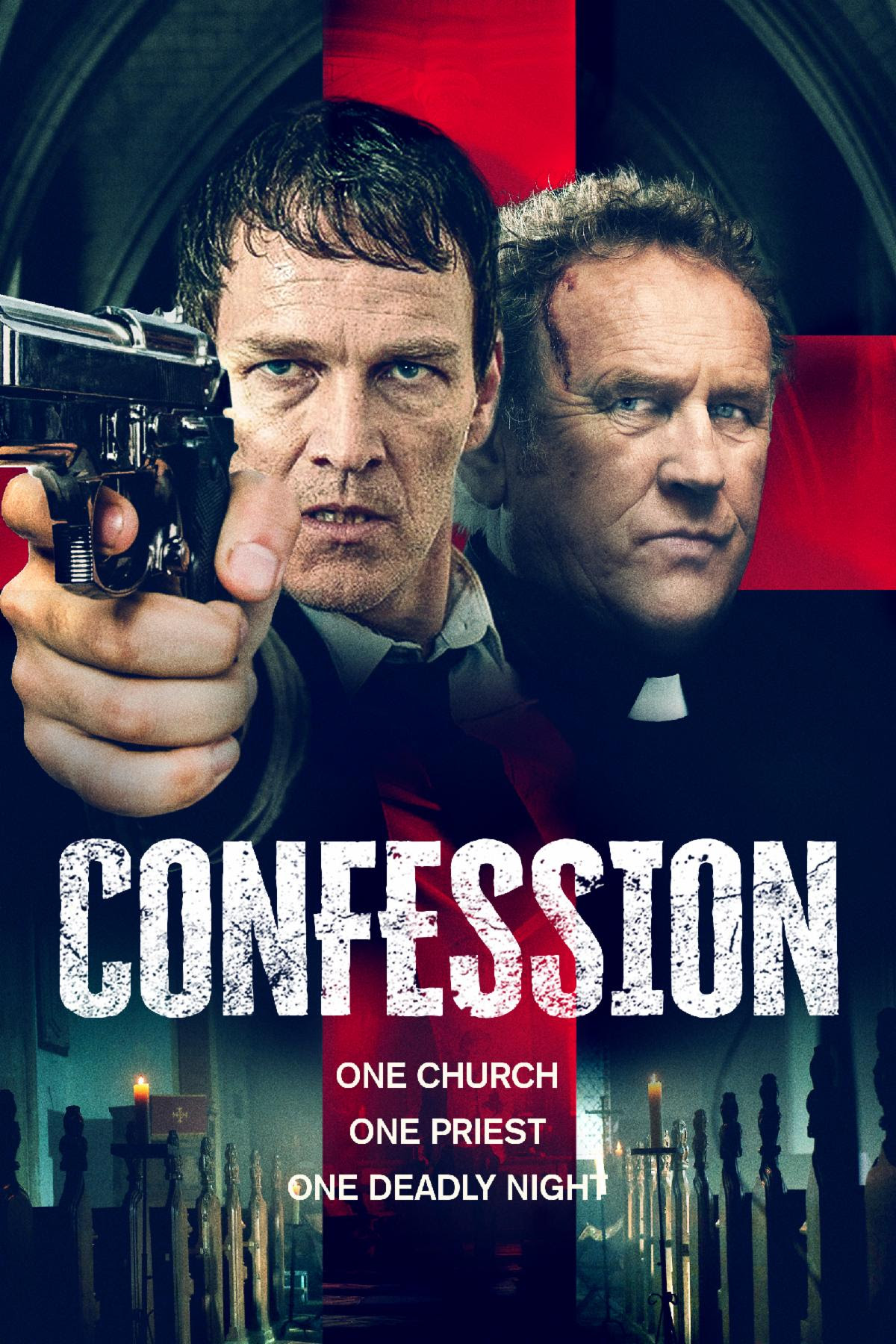 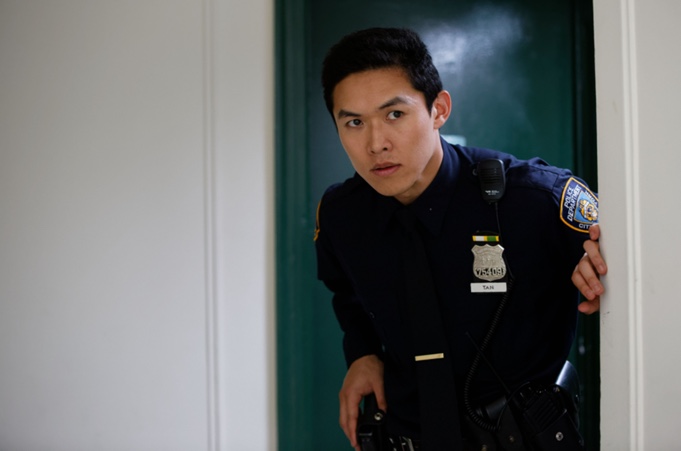 More about Opening This Week

More about Nocturna Side A