A new breed of filmmaking from one of the most talented filmmakers working today. 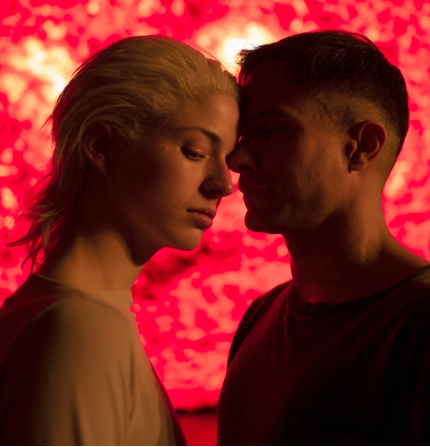 With the Covid epidemic raging globally, Pablo Larrain's Ema, after doing a few rounds in the festival circuit, it had an international one day virtual preview screening in May 2020 via UK based streaming service Mubi and Music Box Films.

Since theaters around the world are slowly opening up again, the film is finally getting its theatrical release through Music Box Films. Being a film directed by Pablo Larrain (The Club, Neruda, Jackie), with a larger-than-life protagonist, and being a dance film, energetically shot by Larrain regular collaborator Sergio Armstrong, Ema will benefit tremendously from seeing it big.

Ema (Mariana Di Girólamo) is not, in any way, stereotypical mom material. She is first seen torching a traffic signal in the middle of the night in the Chilean city of Valparaiso with her flamethrower.

This sleek platinum-blonde beauty is a dancer in a group that practices street dance known as Reggaeton. She is in divorce proceedings from Gaston (Gael Garcia Bernal), a choreographer/mentor of the group, 12 years her senior and a foreigner. She also maintains numerous amorous relations within her team, mostly comprised of female persuasion.

The Ema-Gaston backstory is that Gaston can't conceive a child. So, they adopted a 12-year-old Colombian boy. But when things got tough and the boy tried to burn down the house, resulting in half of the face of Ema's sister's  being burned -- the boy evidently inheriting that tendency from his mother -- they gave up the boy and sent him back to the system. The rest of the movie is spent following the guilt-stricken Ema trying to get the boy back by manipulating her way into the lives of her boy's new adoptive parents.

Ema features numerous dance sequences in the streets of Valparaiso and on stage. And they are outstanding. Di Girólamo, who is from a television background and is not a dancer, is stunning as a free and determined, dangerous heroine. She also has a vulnerable side that can trap you and turn on you in a splitting second.

Last October, Chile overwhelmingly voted (78 percent!) to rewrite their constitution. The old one was written in the military dictatorial years of Pinochet, which was fully supported by the U.S. government. (Neighboring Argentina had just voted to legalize abortion.)

Seeing this January's shenanigans at our nation's Capitol, where Trumpers stormed the halls of our House chambers, and seeing the reactions on social media, one thing that struck me is that we as a society have failed miserably for our next generation. No one under 40 will ever trust our government ever again to do anything right.

In this context, Ema signifies as much of a rebuke of the old generation than anything else. Who are we to judge what's amoral or what is a right thing to do? Burn the shit down!

Energetic with a fuck-all attitude, chest thumping, visceral energy, and fittingly sleek cinematography, Ema is a new breed of filmmaking from one of the most talented filmmakers working today that highlights the arrival of the new generation, which is more empowered and care-free, as if saying "whether you like it or not, the future is ours." I tend to agree.

Dustin Chang is a freelance writer. His musings and opnions on everything cinema and beyond can be found at www.dustinchang.com 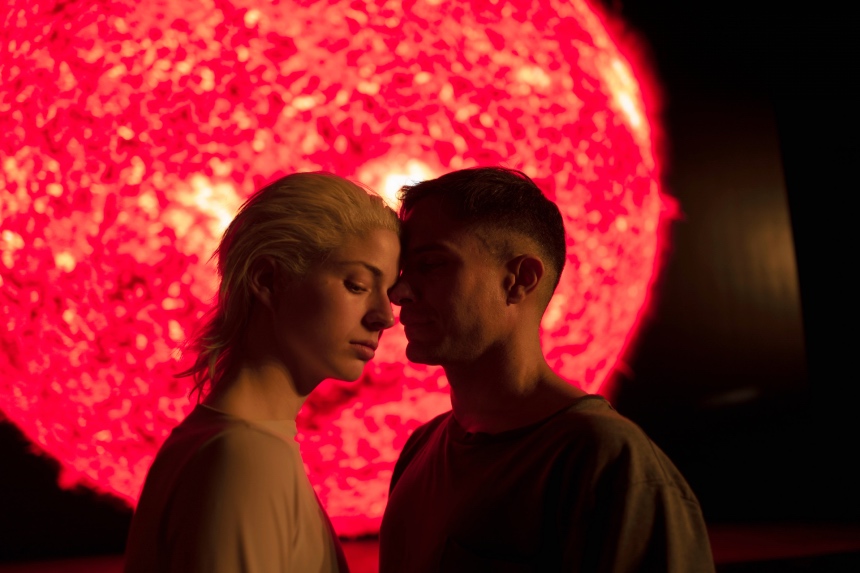