Liniker stars in a series from Brazil, created by Josefina Trotta, soon to stream on Amazon Prime Video. 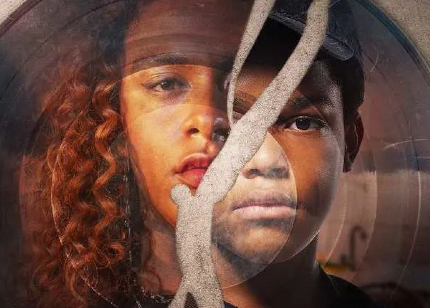 By rejuvenating a tired trope through the fresh eyes of a newly-liberated trans woman, creator and head writer Josefina Trotta fashions a modern family story.

Drawing inspiration from the legendary Brazilian singer Vanusa, Cassandra (Liniker) is ready to move out on her own. She works as a motorbike courier by day to support her passion as a singer by night, and is more than ready, at the age of 30 or so, to move away from her family and into her own apartment. Finally!

In the face of prejudicial opposition from her own family, and continued stares and shouts of disapproval from strangers on the street, Cassandra remains ever more determined and confident about her identity as a trans woman. She knows who she is, yet also what she wants to be: a professional singer. This she puts ahead of everything else, including her personal relationship with Ivaldo (Thomas Aquino), who prefers to keep their relationship private from his wife and teenage daughter.

Some 10 years before, however, Cassandra succumbed to curiosity and slept with Leide (Karine Teles), a one-night stand that produced, unknown to Cassandra, a son named Ari (Gero Camilo). Homeless and desperate, Leide comes looking for Cassandra one night, claiming that Ari's desire to meet his father drove her to it.

Startled, Cassandra makes it clear to them both that she wants nothing to do with them. She has her own goals and still has her own challenges in a hard-scrabble life, and she doesn't need or want anything else -- like a son.

Any adult knows, though, that Cassandra will eventually give in, at least to some degree. What reasonable, empathetic adult could look their own growing, needy offspring in the eye and say 'get out' before they even know each other? By that point, we've already seen that Cassandra is a person who is filled with kindness and fellow feeling; she may have suffered at the hands of others, but she really does not want to inflict anything similar to anyone else.

So it goes throughout September Mornings, which is far less about plot than it is about the characters, who are shaded from reasonable to outrageous in their actions, thoughts, and sayings. Even though children whose parents never knew about their existence is territory that is well-worn, creator and head writer Josefina Trotta is sufficiently experienced to know that adding a fresh new element that we haven't seen a million times before makes all the difference in the world.

The Brazilian setting also gives the series a different perspective for North American viewers, especially. September Mornings presents stories and characters who have been shaped by their rag-tag environment. They are not, perhaps, the neediest people from a material standpoint, even though Leide's situation is truly sad, yet the series does not approach it from that angle ('poor, poor, pitiful me').

Where the show succeeds mightily is in placing Cassandra in a familiar situation, and then seeing how she will use her determination, strength, and intelligence to fight her way out of a box in which many people want her to stay. Fight she does, without ever shooting a gun or beating anyone up.