Now Streaming: 1971, THE YEAR THAT MUSIC CHANGED EVERYTHING Dives Deep

The music-documentary series, now streaming on Apple TV+, is vital and energizing. 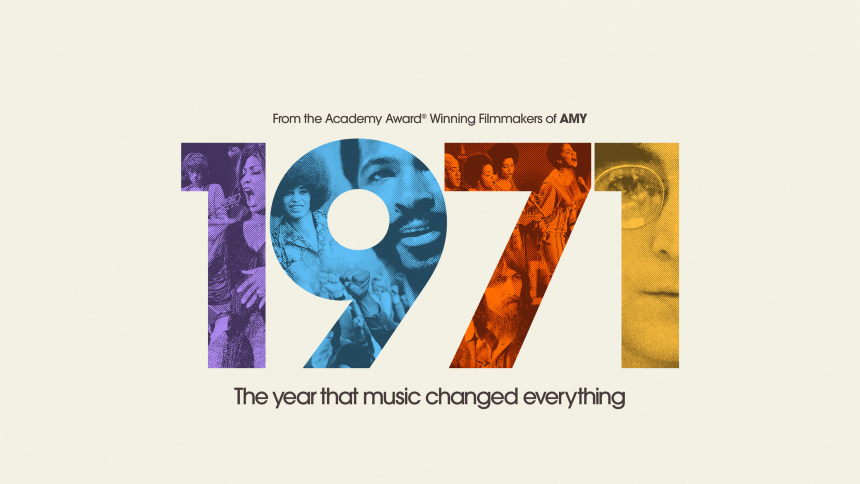 1971: The Year That Music Changed Everything
All eight episodes now streaming on Apple TV+ .

Often downgraded in comparison to the fervent creativity boom in the decade before, 1971: The Year That Music Changed Everything makes a strong case that the year 1971 was even more important as a cultural fulcrum.

Drawing upon British music journalist David Hepworth's book 1971: Never a Dull Moment -- Rock's Golden Year, first published in 2016, the series touches on most, if not all, key pop-music moments during the year, providing critical context about the artists who were writing, recording, and performing. As a member of the same generation as the musicians he's writing about, Hepworth definitely knows what he's talking about, without handing down self-righteous decrees about the importance of the subject.

That same spirit is captured in the documentary series. Executive producer/series director Asif Kapedia and executive producer James Gay-Reese worked together previously on Amy (2015) and Senna (2010), and they bring a similar clear-eyed objectivity to their enthusiastic overview of the year, which continually dives down for closer looks at the varying icons who emerged, making for consistently compelling viewing.

As a middle-aged adult who primarily processes modern culture through a film/TV prism, I found that looking back at all these moments was much more than a nostalgia trip. Only glancing reference is made to a couple of movies and a few TV shows in the entire 8-episode series, yet the creative decision to present the series as a wall-to-wall immersion in footage emanating from news programs, concert performances, backstage moments, and incidental daily life, with a wonderfully varied selection of recorded voices, gathered from interviews both new and old, makes for a reflective experience.

Granted, given my age, memories, and musical preferences, I was pre-sold on watching the series, but the finely-balanced critical context for nearly every moment -- not entirely chronological, by the way, but grouped around themes/people -- is what kept me watching with pleasure and keenly renewed interest.