Kino Lorber Blu-ray Roundup: 4D MAN, DINOSAURS, THEY MIGHT BE GIANTS and More 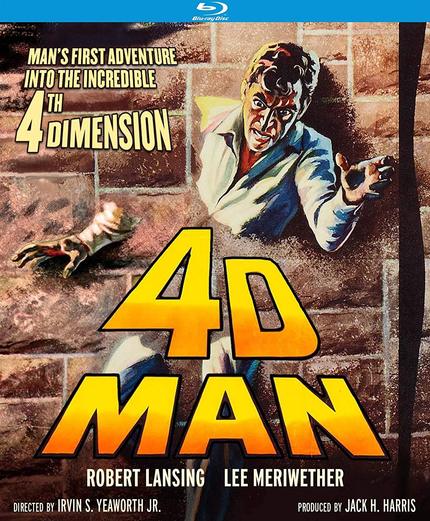 Topping my most anticipated home entertainment releases of the year were several titles from Kino Films, most making their long-overdue Blu-ray debut and getting dynamite special features. The following all come highly recommended for those who like weird little movies that have fallen through the cracks.

4D Man (1959) won my heart when I was about eight years old and my old Image DVD was pretty barebones. The movie was Irvin S. Yeaworth Jr.'s followup to The Blob (1958) and told the story of two brothers, both scientists, who wind up in love with the same woman. The love triangle is complicated by the fact that the screwup younger brother accidentally develops a method for objects to pass through one another. When the older brother starts to monkey with it he becomes the 4D man, able to walk through walls and anything else at will. The downside (besides losing his girl to JR.) is his new ability sucks his own vitality dry and he must pass through and kill other people in order to rejuvenate. Monomania ensues, mad scientist is vanquished and it all happens to the tune of a fantastic, bigger than life, jazz score by the great Ralph Carmichael.

This is a brand new 4k transfer from the films original camera negative and complemented by two great commentaries, one by Yeaworth's son Kris and the other by film historian Richard Harland Smith. Also included are interviews with legendary producer Jack H. Harris and star Lee Meriwether. This is must-see stuff for anyone interested in the evolution of 50s sci-fi.

Kino also released Yeaworth and Harris' Dinosaurs (1960). It's a film more memorable than it deserves to be thanks to the efforts of the famed Project Unlimited special effects team (The Time Machine (1960) and The Outer Limits). An American engineer blasts a hole in the Caribbean sea revealing the bodies of a brontosaurus, a tyrannosaurus rex and a neanderthal which, of course, all come back to life-threatening everyone on the island. The production team knew they had a seriously goofy movie on their hands and wisely pushed for an end result that is as lightweight as it is gently amusing.

Next up on my most anticipated list was the Blu-ray debut of They Might Be Giants. This whimsical yet poignant adaptation of James Goldman's hit play directed by Anthony Harvey features George C Scott as retired judge Justin Playfair, who after recently being widowed, has come to believe he is Sherlock Holmes. Anxious to have him committed, his family enlists the aid of Dr. Mildred Watson played with disheveled perfection by Joanne Woodward. Fascinated by this brilliant but wildly unpredictable Holmes and a host of eccentric characters he relies on to stay free, Watson slowly falls for him, joining his search for the arch evil Moriarty, the elusive architect of the status quo.

The film transfer looks great, the disc includes an informative audio commentary with director Anthony Harvey (Grace Quigley, The Lion in Winter) and film archivist Robert A. Harris. But you may never get to it. They Might Be Giants is pure whimsey, eminently quotable and wildly entertaining. How it's not written and talked about more is beyond me.

Attention has been drawn to this next title via film historians/writers Amanda Reyes and Kier-La Janisse, who both provide commentary on the Blu-ray created from a brand new 2K master. The Girl Most Likely To... (1973) tells the story of Miriam, an ugly duckling college student treated badly by nearly everyone she meets. She's so invisible amongst her peers that when she has an accident, she's all but forgotten about. Subjected to post-accident plastic surgery, however, she emerges beautiful and swan-like, using her new-found seductive powers to take revenge on the heartless men who abused her.

This dark comedy is so well cast it's a marvel it ever disappeared from view. Stockard Channing plays Miriam, Ed Asner the detective who begins to suspect what she's up to, and Jim Backus, Joe Flynn, Chuck McCann, Fred Grandy, and Reb Brown show up in supporting roles. The kills are endlessly and hilariously inventive and the revenge is so cold and sweet you could put it on a sugar cone. In addition to the above credits, remember that this is also written by Joan Rivers. Wow!

Of all the classic horror films that have yet to make their way to Blu-ray, one of the very best and most important has been Dead of Night (1945), the first horror anthology. This British film has been endlessly imitated but rarely equaled. Not only are the chills abundant but the ending offers the best wraparound of almost any horror anthology ever. A group of strangers inexplicably gather at a lonely estate and tell their stories to one another. What happens next is a virtual tour through the devices and tropes that make horror cinema so compelling. Evil ventriloquist dolls (or is it just a mad ventriloquist?), haunted mirrors, ghostly visitations and hidden connections amongst the group are revealed in a series of tales as masterfully told as one could hope for.

This 4K restoration is brilliant and augmented by a commentary from none other than historian extraordinaire Tim Lucas. A lengthy documentary titled Dead of Night does a fantastic job of putting the film in a proper historical context. This is on my list of best Blu-ray releases of the year.

Ever hear of The Silent Partner (1978)? No? Then you are so, so lucky. You now have the opportunity to turn the lights down low, turn your damn phone off and settle in for one of the most tightly wound crime suspensers ever made. Elliot Gould plays meek mannered Mike Cullen, a bank teller robbed by the ruthless Reikle (Christopher Plummer). Realizing he can use the robbery to enrich himself, Cullen shorts Reikle on the take, triggering a savage game of cat and mouse wherein no one who knows either of them is safe from bloody revenge. This film is so beautifully written and shot you won't even think about. Full of shadowy intrigue and stunning violence, the film creates of Reikle a horrifying villain.

The excellent interview with Elliot Gould does a fantastic job of tackling both the history of The Silent Partner and the actor's own process. The most welcome audio commentary by film historians Howard S Berger, Steve Mitchell and Nathaniel Thompson gets a little bogged down in the sexual subtext of the film but offers plenty of insight into other aspects as well. It's very much worth a good hard listen.

Not on my radar at all was the Blu-ray debut of Billy The Kid VS Dracula (1966). This is every bit as weird as I expected but surprisingly fun on its own terms, despite a reputation as just another ultra low budgeted junk horror exploiter. Dracula, played with arch-eyed intensity by the great John Carradine, arrives in the Old West and sets about trying to turn Billy the Kid's fiance Betty Bentley into one of the undead. Once Billy, played by stuntman Chuck Courtney, realizes his bullets won't solve the problem a cosmic battle of good and evil ensues. William Beaudine directs here. Genre fans will remember him not only for keeping Bela Lugosi busy with stuff like Voodoo Man (1944) and The Ape Man (1943) but for directing some 350 plus features and TV episodes. Perhaps most notable for this reviewer is the fact that he also directed the incredibly shoddy Jesse James Meets Frankenstein's Daughter (1966). Can a fully restored Blu-ray be far behind?! A commentary, courtesy of film historians Lee Gambin and John Harrison, offers the only, if substantial, supplement.

Jean-Luc Godard's weird little surrealist science-fiction noir Alphaville (1965) has been available stateside as a DVD from the Criterion Collection for some time. If memory serves, it did go out of print at some point. It was pretty bare-bones in any case. This 4K restoration is fantastic and includes commentary from Tim Lucas, an interview with star Anna Karina and an introduction by Colin McCabe. Definitely an upgrade. US Agent Lemmy Caution (Eddie Constantine) is sent deep into space to visit the city of Alphaville and assassinate the inventor of a fascist computer. Alphaville is a difficult film to explain to people who approach science fiction with an eye for mere kitsch or spectacle. This is a film at once poetic and yet reticent on genre conventions to provide impact. Godard tells you his film is set in the future but that's all. There's very little visually to reinforce that idea. It's a viewing exercise that definitely has rewards for those looking to develop art house appreciation muscles.

Death Takes A Holiday (1934) has been long overdue for a Blu-ray upgrade. For a while, it was only available on DVD as part of the Meet Joe Black (2007) Ultimate Edition DVD. Meet Joe Black starring Brad Pitt was, of course, a remake of this film and does have charms. But for sheer elegance, it's difficult to top what Frederic March brought to the role of Death, who decides to take a vacation and comes to Earth, only to fall in love with a human being. This is philosophical stuff rich with atmosphere and easily able to veer from the comic, to the suspenseful at the drop of a scythe. March was no stranger to dark fantasy material, having won an Oscar for his dual role in Dr. Jekyll and Mr. Hyde (1931). This is less showy material but March brings the fantasy elements vividly to life as he explores all the pleasures and pains that human-kind has to offer. Historian Kat Ellinger provides commentary as the sole supplement on the disc.

The Nightcomers (1972), making its Blu-ray debut here, is a horror film that's been on my watch list for a while, despite less than glowing reviews, since director Michael Winner is responsible for at least one other creepy film I enjoy, The Sentinel (1977). It stars Marlon Brando, whose next film was The Godfather, and Stephanie Beacham, who appeared in a host of British horror films including but not limited to Dracula A.D. 72 (1972), And Now The Screaming Starts (1973), House of Mortal Sin (1975) and Schizo (1976). A prequel of sorts to one of the great written tales of unease ever, Henry James' Turn of the Screw, Nightcomers emerges more as a curiosity than anything else. What little frisson Winner and his cast are able to achieve is deeply undermined by Lalo Schifrin's inappropriately intrusive and romantic score, which tends to blare when it should whisper. But perhaps the composer was trying to match the graceless, if graphic, depictions of sadomasochism or provide a counterpoint to the film's otherwise dour and depressing tone. None of it hangs together as well as it should. Kino has provided two commentaries. One is from Winner himself and the other features film scholar Kat Ellinger. 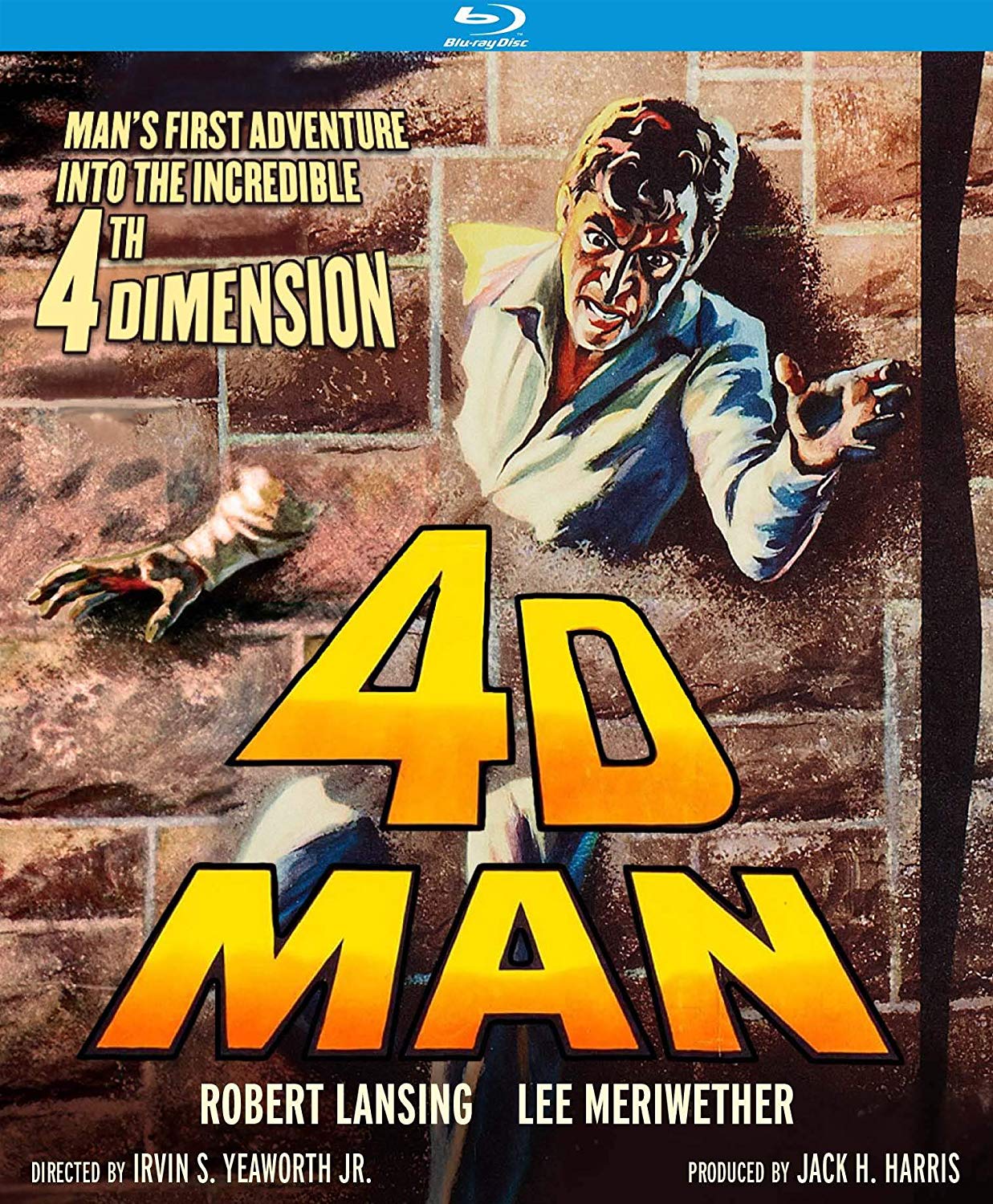 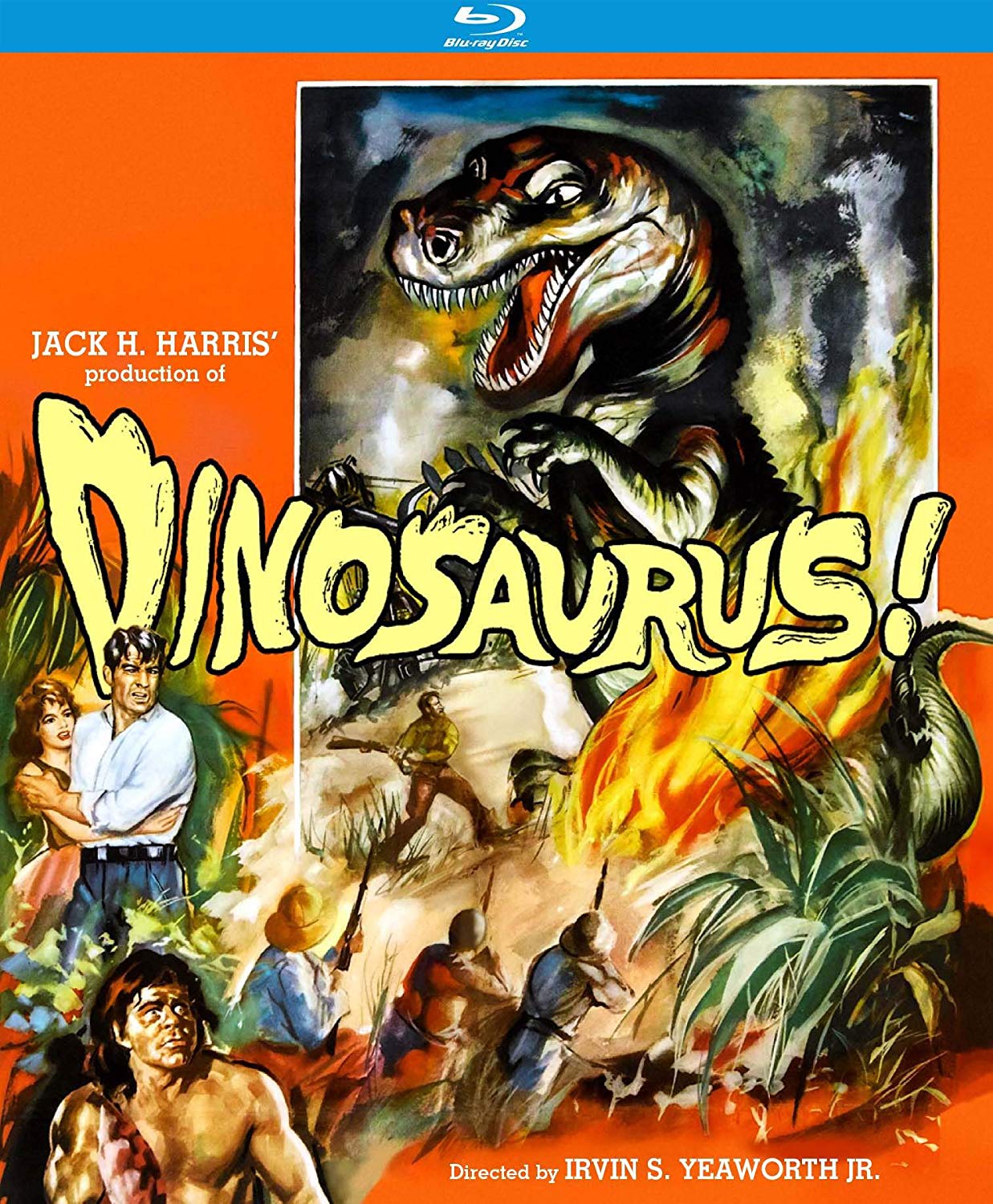 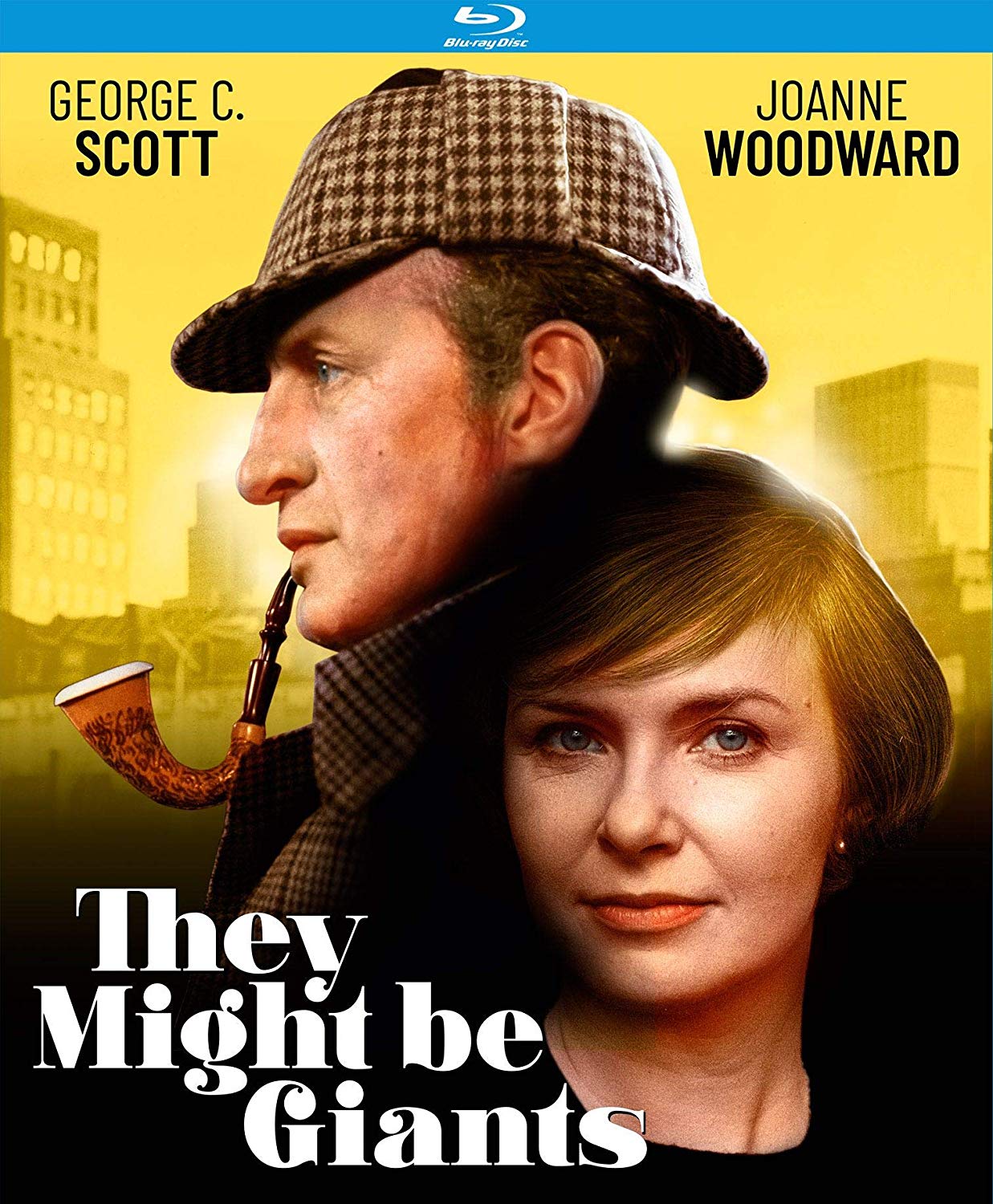 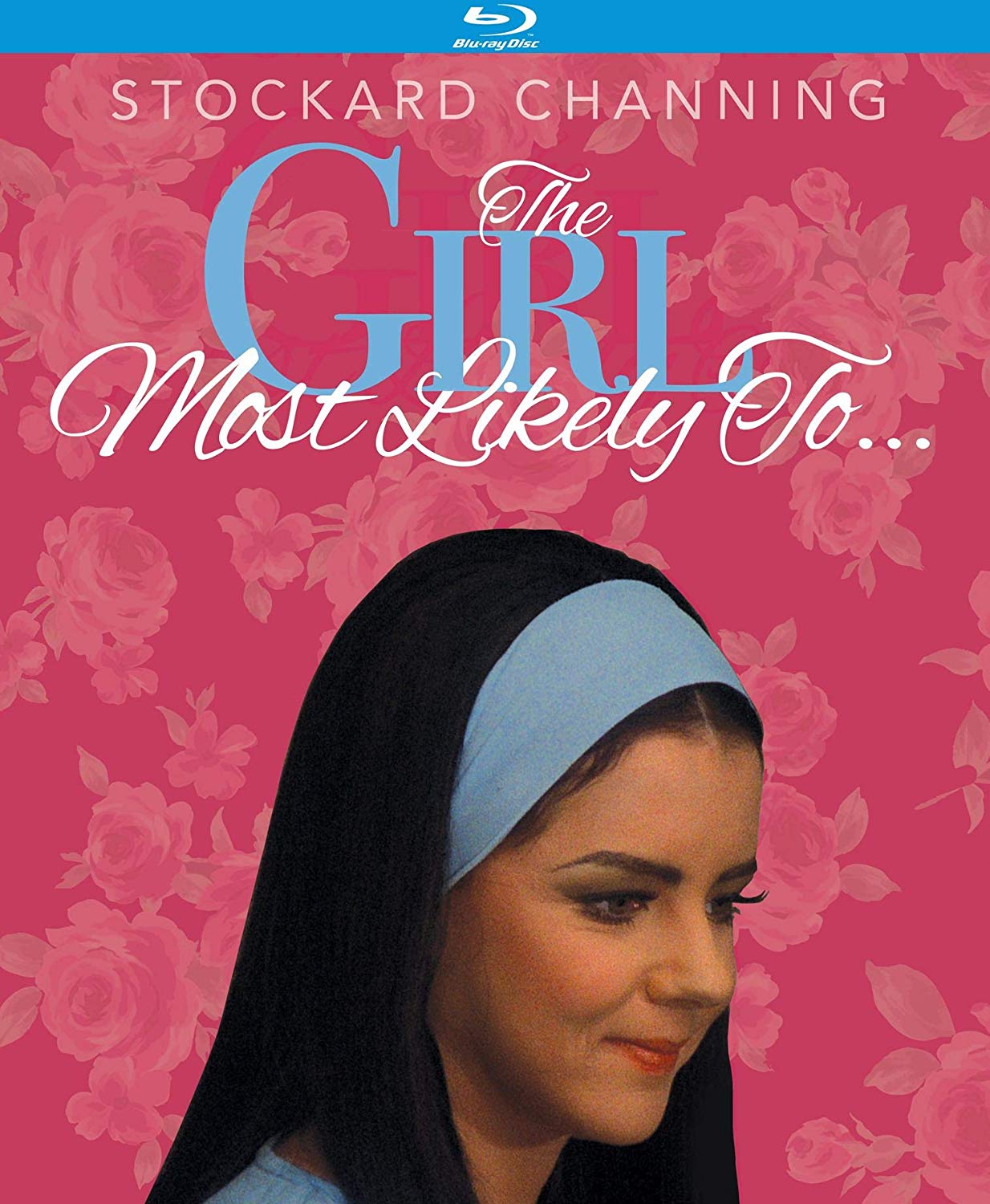 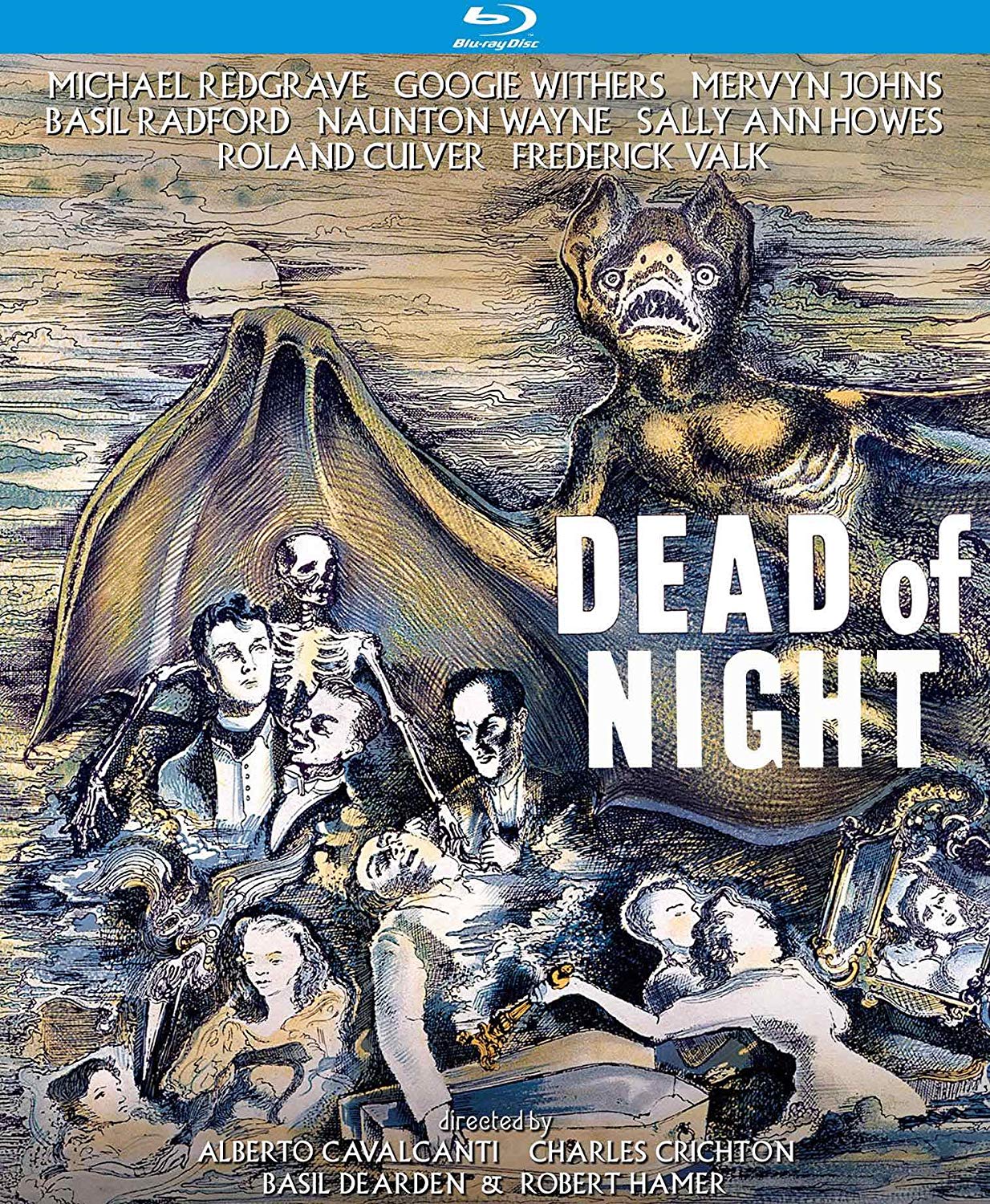 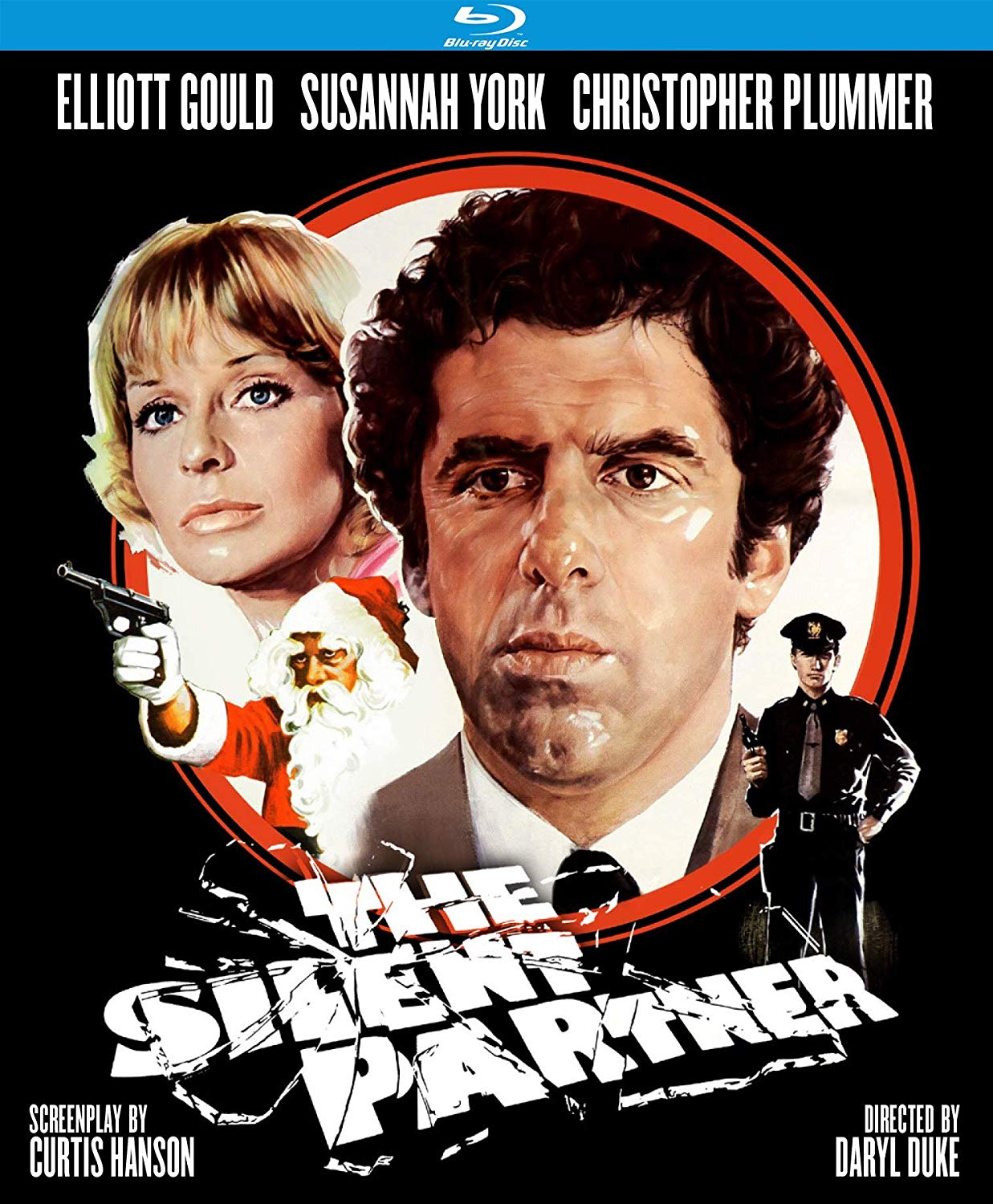 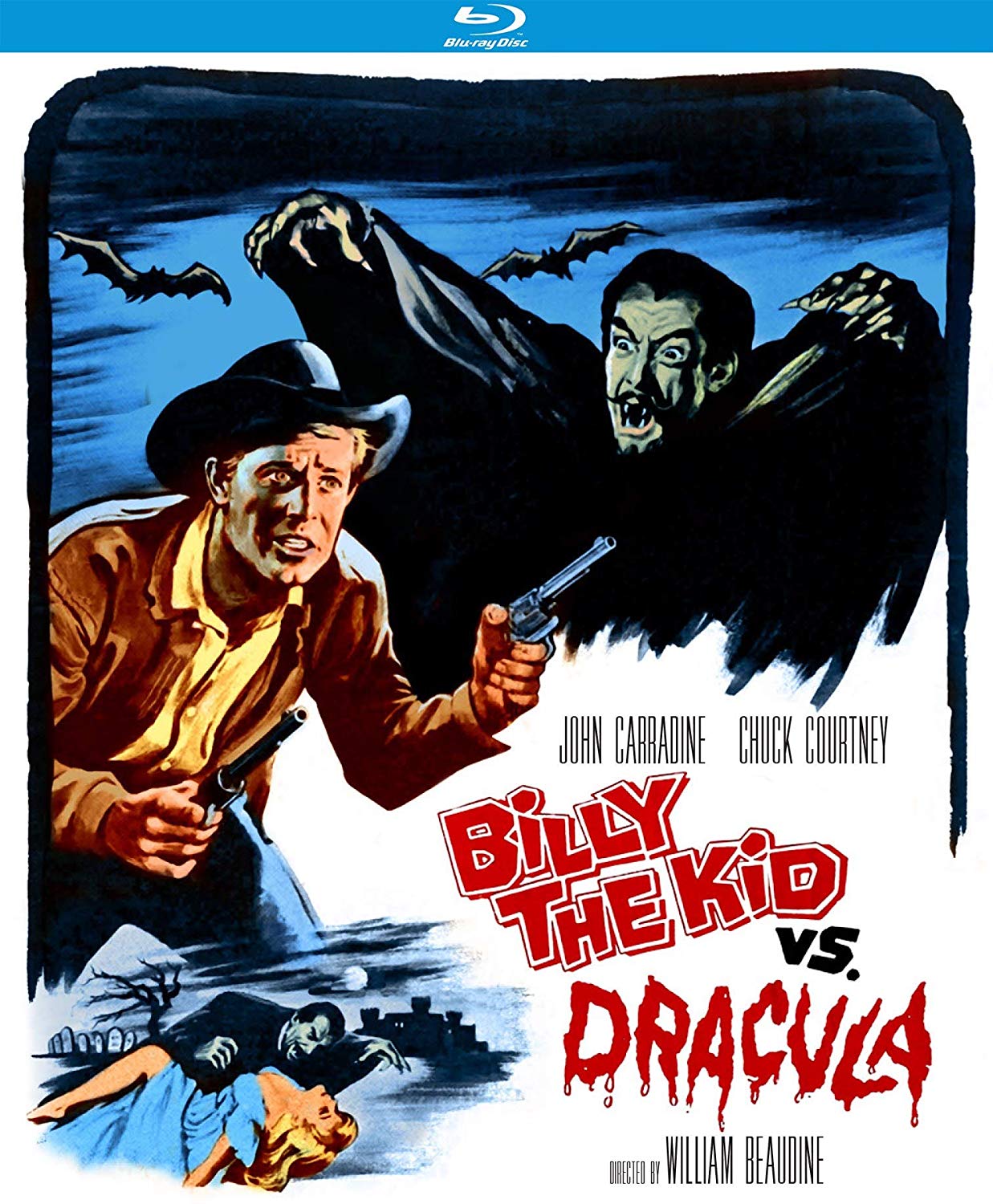 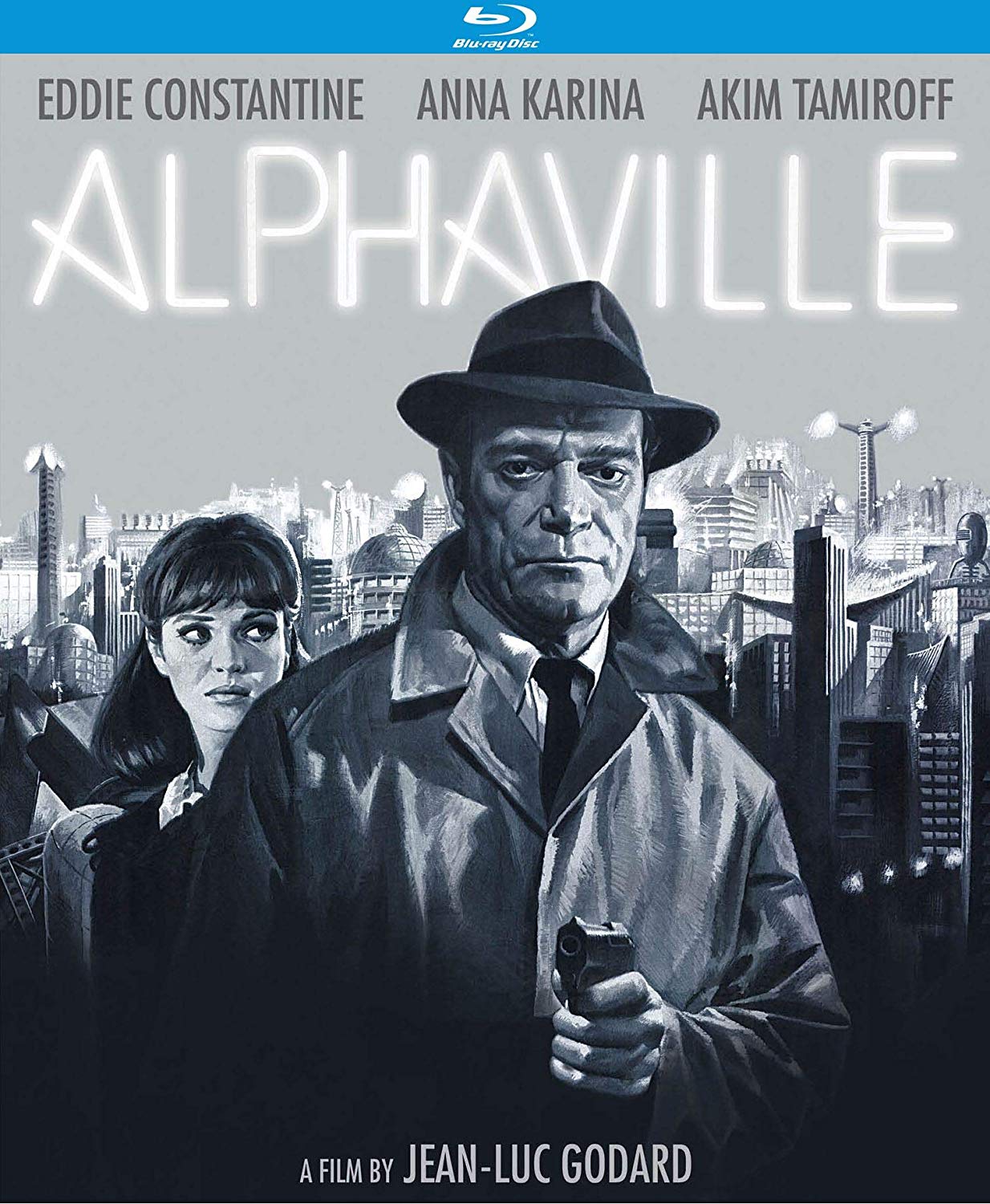 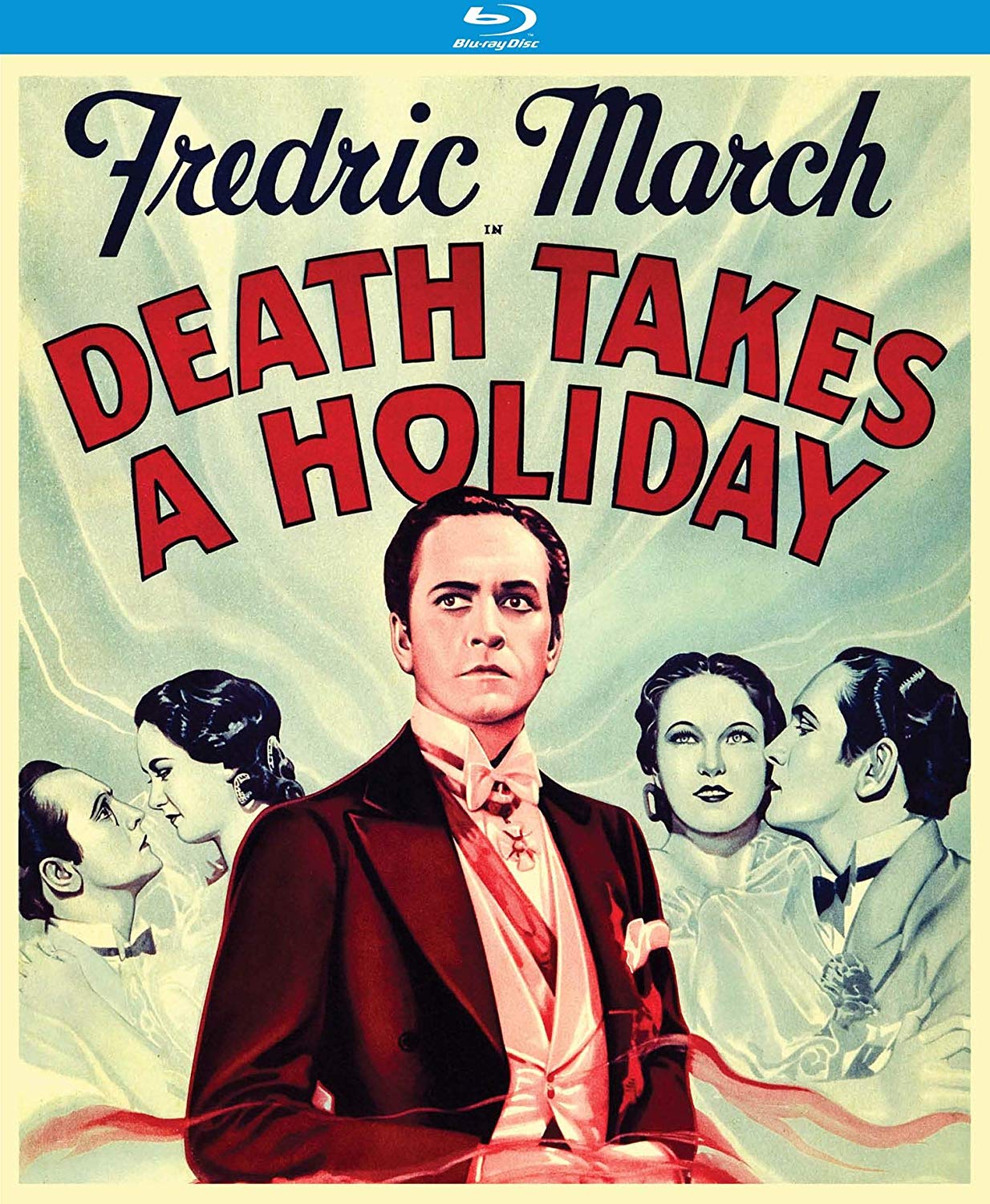 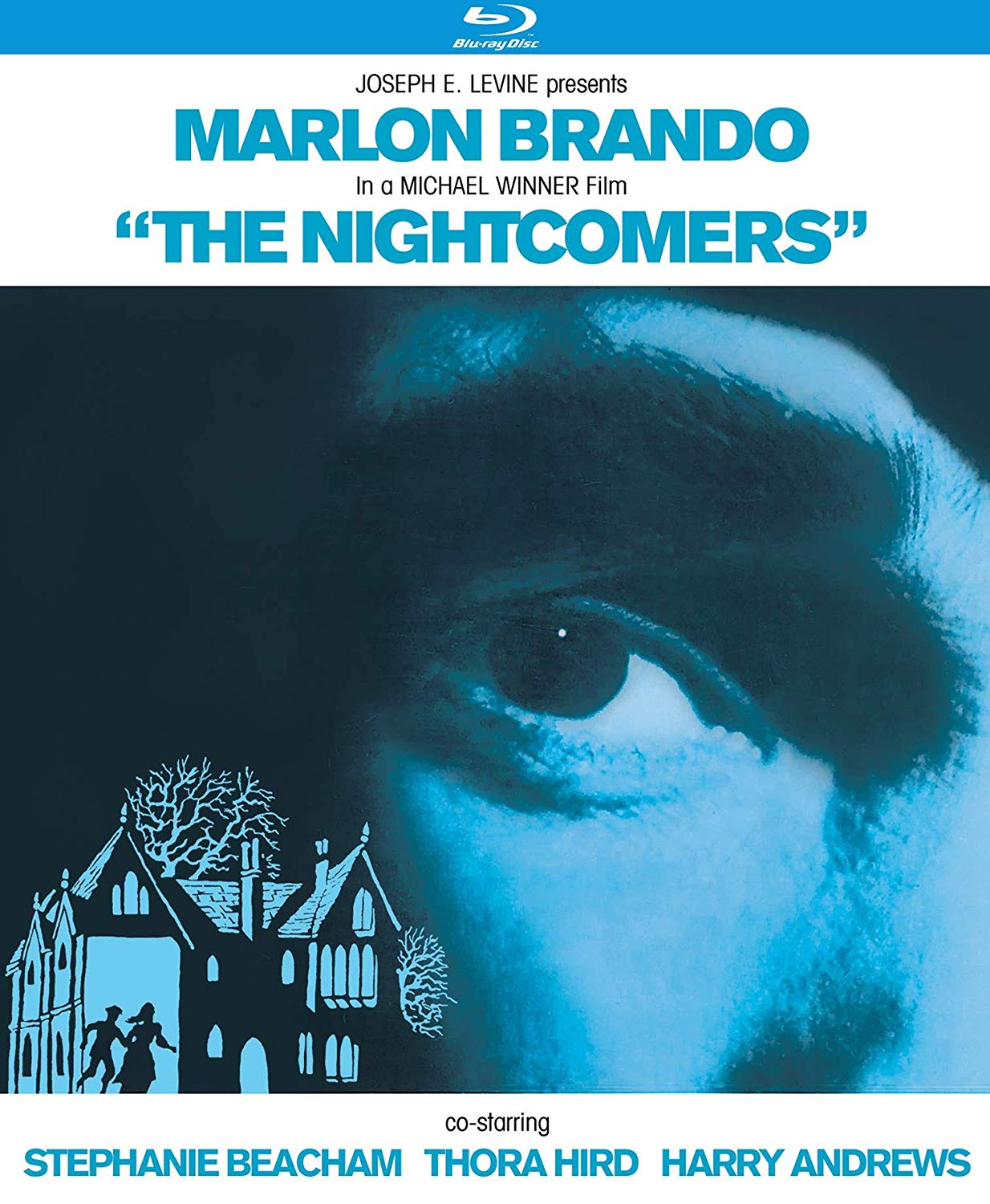 Do you feel this content is inappropriate or infringes upon your rights? Click here to report it, or see our DMCA policy.
4D ManAlphavilleBilly the Kid VS. DraculaDead of NightDeath Takes A HolidayDinosaursKinoThe Girl Most Likely To...The NightcomersThe Silent PartnerThey Might Be Giants