Welsh Horror THE FEAST Picked Up By IFC Midnight 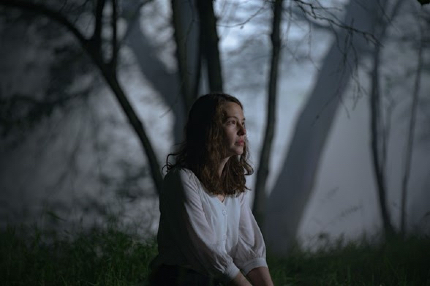 How about something different for Thanksgiving later this year? Perhaps something Welsh?

The Welsh-language revenge horror film The Feast has been picked up by IFC Midnight for North American distribution. The company plans a Thanksgiving 2021 release.

Our own J Hurtado saw the film during its world premiere at the recent SXSW and, er, feasted upon it, as evidenced by his review, whose opening words are worth repeating: "Set at an ostentatious estate nestled garishly upon the lush green landscapes of rural Wales, director Lee Haven Jones makes his feature directing debut with the astonishingly elegant eco/folk/revenge horror film, The Feast (Gwledd)." It just gets better from there, so be sure to give it a read (again, if need be).

Annes Elwy, Nia Roberts and Julian Lewis Jones star, alongside Sion Alun Davies, Steffan Cennydd, Rhodri Meilir, and Lisa Palfrey. We eagerly anticipate an appetizer, in the form of a trailer, ahead of the full meal that awaits later this year.

Do you feel this content is inappropriate or infringes upon your rights? Click here to report it, or see our DMCA policy.
and Lisa Palfrey.Annes ElwyJulian Lewis JonesLee Haven JonesNia RobertsRhodri MeilirSion Alun DaviesSteffan Cennydd