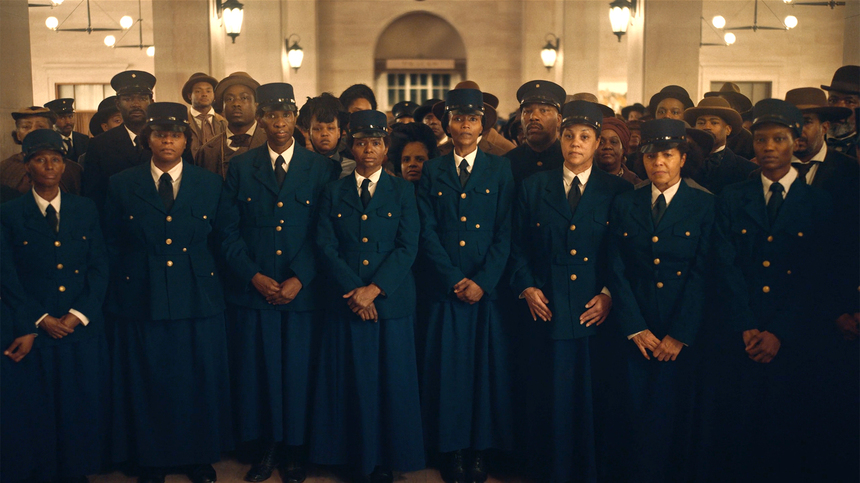 When I was a kid, growing up in Toronto, my family would often go to the Underground Railroad restaurant, named because it served soul food, of course, and it was there that I first learned about  that fateful, harrowing journey of Black American slaves, and the Canadian part as its terminus. (It was later that I learned more about Canada's own long history of slavery, but that's a story for another time). While there have been stories about the Railroad before (most recently the biopic Harriet), this limited series looks to be taking a somewhat fantastical style.

Directed by Barry Jenkins (Moonlight, If Beale Street Could Talk), and based on the Pulitzer Prize-winning novel by Colson Whitehead, it tells the tale of one young woman's fight for freedom, and an incredible feat of engineering and human endeavour.

Cora (Thuso Mdebu) escapes from a Georgia plantation, hoping to find the trail of famed Underground Railroad - what she finds is an actual railroad, underground beneath the southern states, conducted and driven by Black Americans, who shepherd their own to freedom in the north.

Jenkins focused his story on Cora, on her journey not only from slavery to freedom, but from child to adult. For more of Jenkins' perspective in making the show, here is a great interview conducted by Monique Jones on Shadow & Act. I'm a big fan of using the fantastic to tell stories of history and trauma, as a means of working through the past. (Pan's Labyrinth being a prime and amazing example). Check out the fresh trailer below, as well as an earlier teaser featuring music from the show.

The Underground Railroad will premiere on Amazon Prime Video on May 14th.

The Underground Railroad - "In Aeternum." from Barry Jenkins on Vimeo.

More about If Beale Street Could Talk

More about Medicine for Melancholy