SXSW08—REVIEW of Medicine for Melancholy 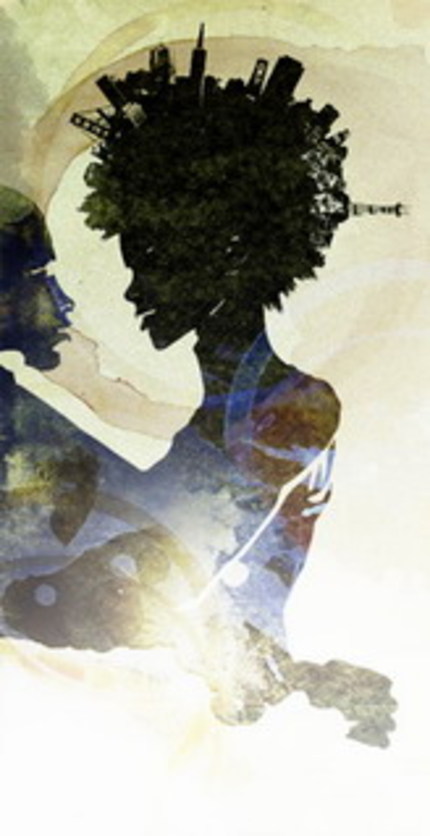 The first thing you notice right off in Barry Jenkins' debut feature Medicine for Melancholy is its color palette, skillfully enunciated by cinematographer James Laxton. The film—part of the Emerging Visions lineup at this year's SXSW—looks like it was shot in black and white and tinted by hand. Whether or not Jenkins and Laxton intended this to parallel how the color can be taken out of a person of color through the compromise of assimilation and the coercion of gentrification is anyone's guess; but, that's how I read it. Once you've adjusted your eyes to the bright, leaching light, you're introduced to two Black characters—Micah (Wyatt Cenac) and Jo (Tracey Heggins)—who straightaway thwart preconceptions of how young urban African-Americans are supposed to both look and act. "Supposed to" is the qualifying determinant here in this desultory study of the desire for and the desire through identity.

The film borrows its title from Ray Bradbury's novel and its modus operandi from a Bradbury quote: "Find out what your hero or heroine wants, and when he or she wakes up in the morning—just follow him or her all day." Monitoring what two young Black people do on a Sunday afternoon/evening in San Francisco, California after a drunken one-night stand the night before is exactly the film's narrative trajectory. What you find is what Micah and Jo do on a Sunday afternoon as they warily approach a melancholy malaise within themselves not fully recognized nor articulated.

What remains to be understood is precisely the selfsame challenge posed to the film's audience. Whether the film's meandering mode will engage audiences enough to pay attention to the subtle thematic traction underscoring its casual demeanor is the crucial pivot; but, whether it succeeds or fails, I must commend those themes and hope audiences will take the time to feel them out and to think them through.

What is a "Black" person? What do they look like? What do they act like? What kind of music do you associate with them? What part of the city do they live in? What are your presumptions about them? What are your expectations? And why—if you are not Black—should it matter to you? Is it perhaps as Robert F. Reid-Pharr has written in his assessment of Cheryl Dunye's The Watermelon Woman that a predetermined conception of Blacks "has come to lend a certain type of ontological stability to all American identities"? And if two African-American characters are introduced who do not match stereotypes does it induce a kind of vertigo? If say, both are civilized young people compromised by a sense of social displacement, do the forces that create that social displacement appear less than civilized?

It's a good question, especially situated in San Francisco, where Jenkins has thoughtfully overlaid demographic pie charts on the spokes of bicycle wheels. He informs that urban African American populations in Atlanta total 59%; in Chicago 37%; in New York 28%; and in San Francisco a shrinking 7%. What is a young urban African American to do when they find themselves in a sea of white identities purposely forcing them out of a beautiful city like San Francisco? With the memory of what the Redevelopment Agency recently did to the Fillmore District barely mollified, current events in South Beach reveal the same forces at work, even as an initiative to make rent control illegal in California is being crafted for the next election. If rent control is repealed, what will happen to San Francisco's ethnic (and—by extension—creative) diversity? Good questions indeed. Rendered through the scale of a human interaction, Medicine for Melancholy reveals the potential collateral damage. Is there really an appropriate medicine for such melancholy?

More about Medicine for Melancholy