Why MOONLIGHT Matters (It's Not Just Why You Think)

What's in the envelope? When it comes to Barry Jenkins' Moonlight it matters less than many think because regardless of the results at last night's Academy Awards, Moonlight already represented a watershed moment with the potential to trigger widespread change throughout the industry. Or at least to take away a standard argument from those who would wish to deny that change. Here's why.

Let me begin by stating that, first of all, I am not at all unaware of the significance of a movie revolving around a gay black man - a movie with an entirely black cast and creative team - winning Best Picture. This is a big moment, one that is hard to overstate from the perspective of those who have been arguing the cause of increased representation for years. But the Oscar itself is secondary when it comes to lasting change. It is something that many are already labeling as tokenism, the pendulum simply swinging back in response to two years of #OscarsSoWhite, and now that this is out of the voters' system the pendulum will most likely swing back. And where Oscar is concerned those voices are, sadly, most likely correct to a significant degree. But whatever else this year's Oscars may have been about they are also always about business and that is where Moonlight and other black led films are experiencing the true watershed moment with the potential to shift the course of the film industry.

The industry is, after all, exactly that. An industry. And, as such, it is motivated by profit. It is an apparatus built around spending large amounts of other peoples' money in the hopes of turning a profit with even the least expensive films being phenomenally costly in real world, every day terms. And the argument against black-led films - and this is equally the case for any other race other than white - has always been purely a matter of dollars and cents. Representation has been an issue because investors - whether corporate or private - simply don't believe that a black-led film gives them a good chance of recovering their investment and even less chance of actually turning a profit.

There is a structural basis for this argument in the independent film world. The indie film model has long been based on a model that preaches break even at home, turn a profit overseas. You aim to cover your exposure - as far as possible - with the domestic release while sales overseas cover up any gaps and generate profit. But when it comes to black-led films there are significant territories - even entire continents - that simply will not buy. Or, if they do, they drastically reduce their purchase prices believing that black people are not marketable in their territory. Need a demonstration of this belief on a large scale? Just look at the US and Chinese posters for Star Wars: The Force Awakens and side by side. Where's John Boyega? And if this is what happens to a Disney film with a monstrous marketing budget, what do you think happens to a small indie? 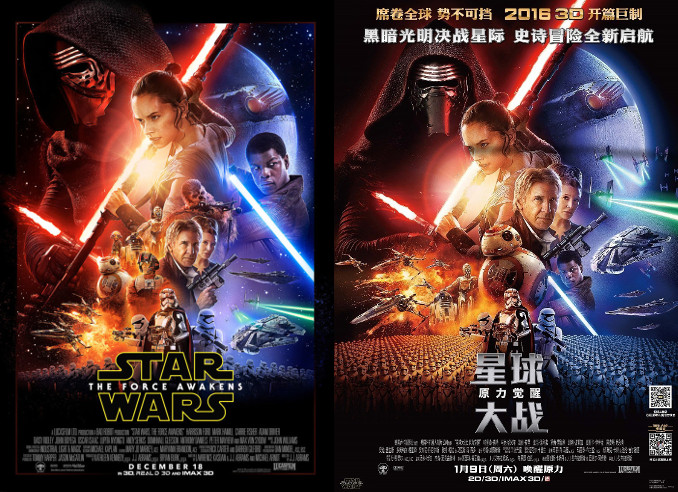 And this is where the Moonlights of the world factor in. Because they demonstrate that the model is wrong. Not that the sales market is any easier for these films than it is perceived to be - because it isn't - but because they appeal to such an underserved market that they consistently, and dramatically, over perform at the US box office when given a chance to do so.

When we talk about box office revenues we have a tendency to over-emphasize the gross numbers in isolation. But when it comes to viable investment the number that really matters is the Return On Investment - the ratio of income to expense or how much each dollar spent goes on to generate - so let's see how things stack up on that basis using 2016's top box office performers on an ROI basis and compare how things stack up. Note here that when using these US numbers that the budget numbers reported for studio films are often much lower than the reality - nobody ever wants to talk publicly about budget over runs - and that reported numbers never include the massive marketing spends linked to a studio release. Those marketing numbers are often as high, if not higher, than the production budgets and have major impact on profitability. Likewise, these numbers do not account for the exhibitors taking their share of box office revenue, so the actual box office ROI of these big studio films is significantly lower than these numbers indicate but it at least gives us some sort of marker to compare. I am omitting the animated entries in the chart both because they're not an apples to apples comparison and because they don't typically report budgets at all.

Rogue One: A Star Wars Story

Now, when you look at this it's easy to see why people have been so enthused about Deadpool on the business side of things - the ROI there is fabulous - and it's important to note that when factoring in marketing, etc, that Batman v Superman and Suicide Squad underperformed so significantly that while neither reported a loss their results have led to a widespread re-evaluation of how Warner Brothers are approaching their DC content overall. When you move into the films placed 11 - 20 on the box office chart you start to see a high incidence of films that clearly lost money and the 21 - 30 range is pretty much a murderer's row of massive losses, some on a scale that are potentially studio threatening. This sort of big budget, large scale releasing is very high risk with the math very commonly playing out so that titles need to hit the billion mark - or very close to it - at the box office to break even.

Now let's look at what's happening in the supposedly more niche, black-led films arena. I'm including here the obvious critically acclaimed films that have been playing through 2016 plus a cross section of other, top of mind titles from the last couple years. I'm leaving Birth of a Nation off this list as the issues around its creator had a definite effect on its business while including a couple of more obviously commercially targeted titles for balance with the arthouse fare. Several of these are still playing in theaters and still driving these numbers upwards.

Am I cherry picking the black titles? Sort of, but sort of not in that there simply aren't very many to pick from. There aren't very many of them made. But when they do get made the numbers don't lie: They consistently over perform when compared to the overall highest box office titles. From an investor profile perspective, Tyler Perry is a better bet than Batman. Think about that for a moment. Madea outperforms Batman. And Moonlight crushes Deadpool.

And this is where Moonlight, Hidden Figures, Get Out and the rest make the maximum impact. They prove that that there is an audience for black led films and that those films can be enormously profitable. So maybe the smart play is to make more of them.

Does that mean all of them will succeed? Of course not. Does that mean people should stop making white oriented movies? Again, of course not. But it very definitely takes away the argument that these movies don't get made because they cannot work at the box office. And in the industry that is, at the end of the day, ultimately motivated by the numbers, that should only result an increased number of voices as execs and investors try to find those untapped audiences. And for those of us who believe in the power of story the increased outlets for an increased number of voices can only be a good thing.