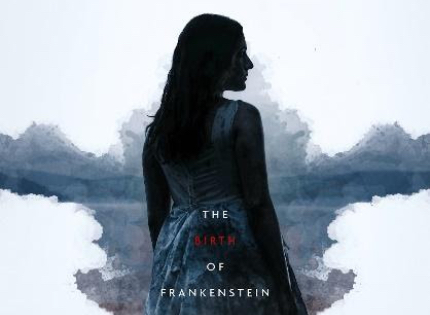 It's alive! But how did Frankenstein's monster first come to life?

A Nightmare Wakes
A Shudder Original. Now streaming on Shudder.

Where do you get your ideas?

Writers know that ideas can come from anywhere: other people, events in one's own life, news of the world, and even, as suggested in writer/director Nora Unkel's A Nightmare Wakes, from one's own nightmares. What turns an idea into a finished work is the imagination of the individual writer, who must flesh out an often skeletal idea into something full-bodied.

Drawing from real-life events in the life of Mary Shelley, best known as the author of Frankenstein; or, the Modern Prometheus (first published in 1818), Nora Unkel fashions a tale that incorporates romantic fantasies, harsh reality and horrifying nightmares, starting from the arrival of Mary Shelley (Alix Wilton Regan) in Lake Geneva, Switzerland, during the summer of 1816.

Arriving in the company of her partner, Percy Shelley (Giullian Yao Gioiello), along with her sister Claire Gasford (Claire Clairmont) and Claire's partner, Lord Byron (Philippe Bowgen), as well as Byron's physician, Dr. John Polidori (Lee Garrett), Mary finds herself inspired by Byron's suggestion that each member of the group write their own ghost story. Her imagination begins to run away with the budding writer, and she realizes that her own nightmares are a rich, if disturbing, source of material.

Reflecting the historical period, A Nightmare Wakes is suffused with dim lighting -- only candles at night, after all -- and often mumbled speech. It's as though everyone wants to be extremely respectful and careful not to disturb anyone by the volume of their voice, which encourages everyone to whisper. This all contributes to an intimate atmosphere, accentuated by the troubled relationship between Mary and Percy, a couple who have consistently bad timing when it comes to their sexual coupling.

They can't quite get on the same page anymore -- when Percy is feeling amorous, Mary only yields reluctantly, and vice versa -- and so it goes in their relationship in general. Some of this relates to male chauvinism, some relates to their own uncomfortable personal history, and some relates to the story that Mary is struggling to tell.

An origin story of sorts, A Nightmare Wakes has more to do with Mary Shelley as an individual creative artist and her fight to be heard than specifically with a scientist and the monster he creates. The film often feels like a collection of ideas that are yearning mightily to be born.

And birth is never easy.

Do you feel this content is inappropriate or infringes upon your rights? Click here to report it, or see our DMCA policy.
Alix Wilton ReganGiullian Yao GioielloNora UnkelPhilippe BowgenShudder

More about A Nightmare Wakes