Criterion in May 2021: FAST TIMES AT RIDGEMONT HIGH and Other Modern Cinema Classics 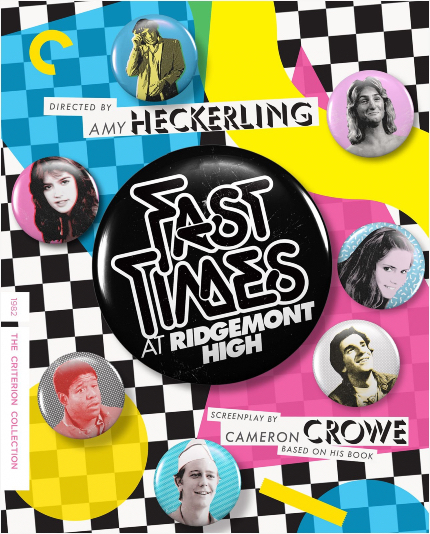 The Criterion Collection will release Amy Heckerling's Fast Times at Ridgemont High (1982) in a new, restored 4K digital transfer in May 2021. The only new feature will be a conversation between Hecklerling and screenwriter Cameron Crowe, who adapted his own novel, moderated by Olivia Wilde, which sounds good, accompanied by previously-released extras, including a television version from the 1980s.

For those few readers not interested in a trip back to a teen comedy from 40 years ago, may I suggest a lacerating film noir masterpiece from 73 years ago that will slap you silly? Edmund Goulding's Nightmare Alley is ink-black and certain to sear your soul; I recommend watching it before seeing what Guillermo del Toro does with the material in his remake, which is currently scheduled for release in December 2021. The upcoming Criterion release is slated to include a 4K digital release, a couple of new interviews, and archival extras. Coming from Criterion, this should look stunning, even if you don't possess a $k television

Though I admire films by Hou Hsiao-hsien for their thoughtful compositions and pacing, I am not a huge fan of his reticent style. If you love his work, of course, you can ignore me entirely and check out Flowers of Shanghai (1998), which stars my beloved Tony Leung Chiu-wai. Master cinematographer Mark Lee Ping-bing supervised the new 4K digital transfer. A new documentary that goes behind the scenes will be included, along with a couple of other new extras.

Also due out in May 2021: Trances (1981), a documentary on "the groundbreaking Moroccan band Nass El Ghiwane," and Merrily We Go to Hell (1932), which has the best title I've heard in months, and promises pre-Code delights, such as "addiction, nonmonogamy, and female sexual liberation." Dorothy Azner directed; Frederic March and Sylvia Sidney star.

More information is available at the official Criterion site.