Martial arts fans take note: Production has launched on the first in a proposed eight film series based on the Indonesian comic book series Satria Dewa. And not only will there be a whole lot of hand to hand combat but some of those hands will belong to silat masters Yayan Ruhian and Cecep Arif Rahman who were originally introduced to the world as key villains of The Raid and The Raid 2, respectively before throwing down with Keanu Reeves in John Wick 3. So, yep, there's some very high end fights coming to screens soon.

The background on this one is extensive so we're sharing the official press release below for all the details as well as a series of character images and the official character teaser in the gallery below!

Indonesia, the shooting has started on the first of an 8 movie series in , the Satria Dewa Superhero Universe whose origins can be traced back more than 700 years. Its a universe that is rich with Indonesian tradition and culture, but reinvented with a present-day timeline for a modern day audience both in Indonesia and around the world.

Satria Dewa: Gatotkaca launches the universe created by Rene Ishak, Directed by Hanung Bramantyo (Brownies, Get Married, Cinta Tapi Beda) from a script by Rahabi Mandra (Night Bus) and starring Indonesian idol Rizky Nazar (Danur 3, The Way I Love You) as Yuda, a young man whose life changes in a way that he could never have believed when he finds himself unwillingly gifted with super powers and the revelation his destiny is to save the world from gangsters and those that control them and plan to plunge the world into chaos.

The film began shooting on August 6th and the first character posters and character teaser have been released to the Indonesian press, Nazar is joined by Yasmin Napper (Imperfect, MeloDylan), and John Wick 3 & The Raid franchise alumni Cecep-Arif Rahman and Yayan Ruhiyan who play two villainous enforcers intent on defeating Yuda and everything he stands for. The film also features Jerome Kurnia, Omar Daniel, ZsaZsa Utari and Yati Surachman. The film will be producer by Rene Ishak & veteran Producer Celerina Judisari, while Mike Leeder (whose credits include The Raid franchise, the Ip Man franchise, Chasing the Dragon, Rogue One: A Star Wars Story) serves as Associate Producer for the project under the auspices of Satria Dewa Studios.

According to the Film’s Producer and driving force Rene Ishak ; “my dream is to launch a universe of Indonesian heroes, based on Indonesian culture, something that children can say “that's my hero!’, for a teenager to feel “that's the person I want to grow up to be’, and that will inspire parent to nurture their family.

I set myself and the team at Satria Dewa Studios the task of creating a movie suitable for the widest targeted audience, that will give them all different meanings and reinforce the value of positive behaviour. We know this won’t be an easy task, but we persevere and continue to research this mysterious characters in Indonesian folk lore. Low and behold, we found our answer, a story, a legend of a fictional hero from India brought to Indonesia 700 years ago by the Wali Songo. The story itself has been completely altered from its origin, and we discovered that it has been assimilated into Indonesia’s way of life and from that moment it has been part of Indonesian culture.

Now with our hero in sight, we believe that the key to any successful movie is to entice a modern audience and its current tastes to relate to our movie, our concept, our universe. The Satria Dewa Universe Stage 1 will be comprised of 8 movies, and each of the movies will be supported by 10 Ecosystems that stretch from motion comic, Animation, e-sport mobile games, merchandise and licensing etc.

Through our research, we have discovered that Indonesia has an abundance of heroes, legends and folklore’s, take our first story Gatotkaca for example, this hero was invented more than 700 years ago, the character has the power to fly, he’s immune to almost all physical attack or weapons, and he also has the ability to hear sound from far away. To me, that makes our Indonesian hero or heroes just as good as any comic book superhero right now.

Indonesian’s should be proud of the heroes and their history, and support Indonesian characters, look at how China embraces its heroes such as Wong Fei-hong, be it the Kwan Tak-hing, Jackie Chan, Jet Li or more recent Eddie Peng interpretation and reinvention, or of course Donnie Yen’s take on Ip Man. America has the Amazing Spider-man, Captain America etc, and these are perfect examples of when a country not only believes in but embraces its own culture, and the success is not only at home but internationally too.

For Satria Dewa: Gatotkaca, we are excited about the cast we have already assembled, that I think will be well received by both male and female audiences, and we are lucky enough to have a professional production lead by seasoned veteran Celerina, coupled with two of the very best Silat practitioner's Kang Cecep & Kang Yayan, and we add a dash of powerful drama from Rizky Nazar, , and many more. Its a brilliant cast that we hope will make both an Indonesian and International audience get swept up in the action and adventure, helmed by our Director Hanung Bramantyo. And we still have some more announcements and surprises connected to the project to come. 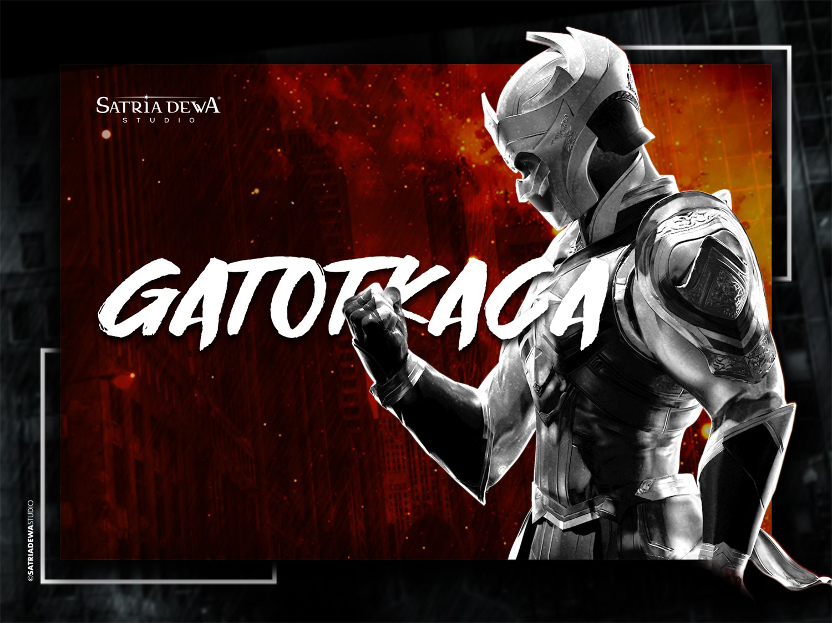 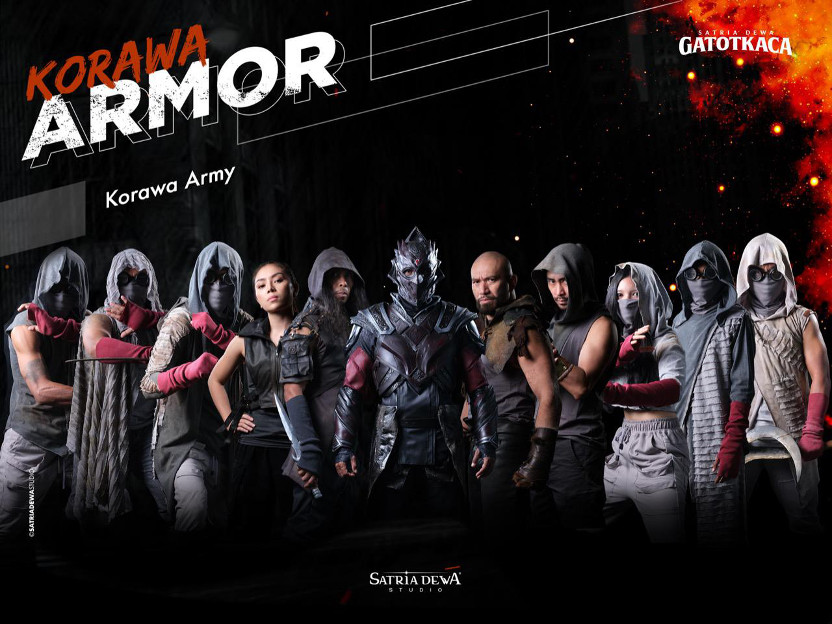 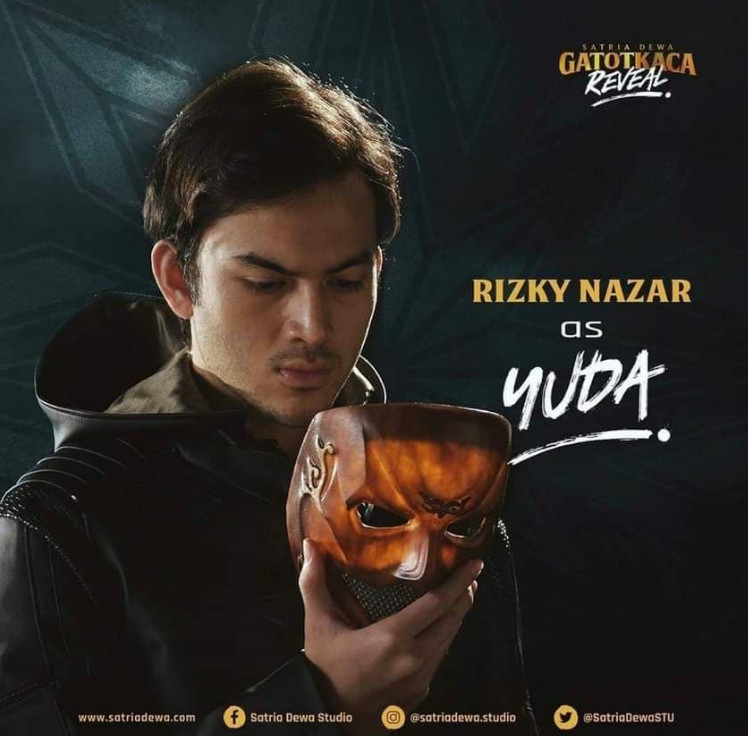 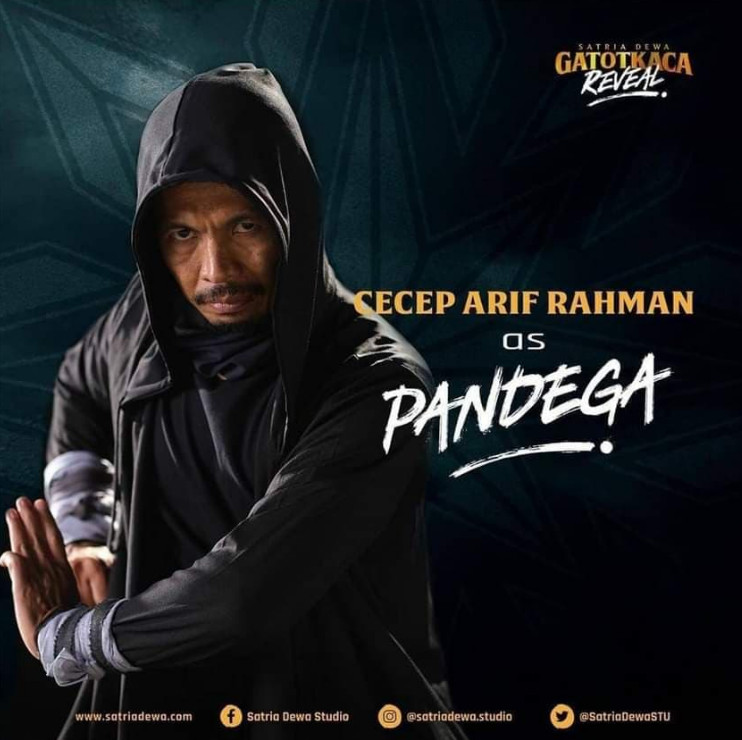 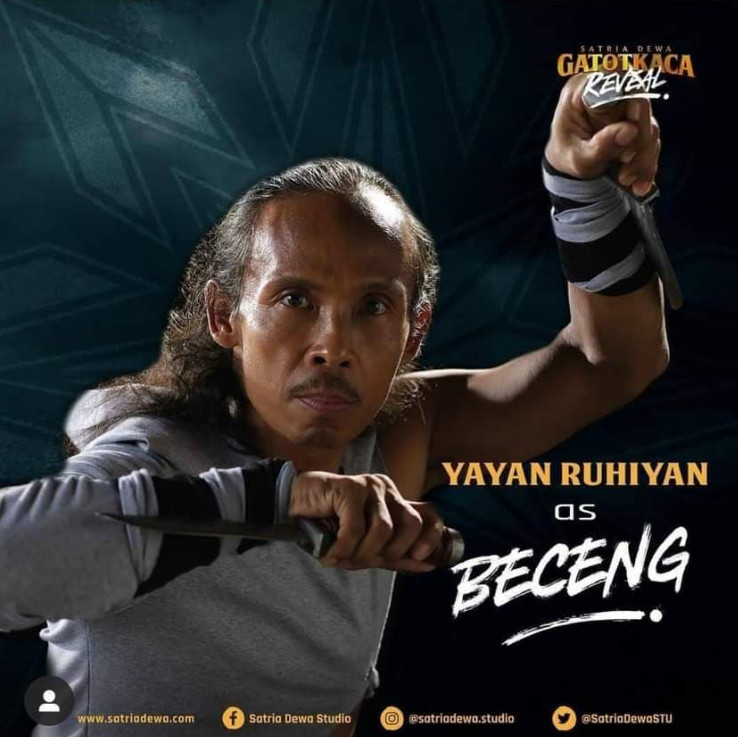 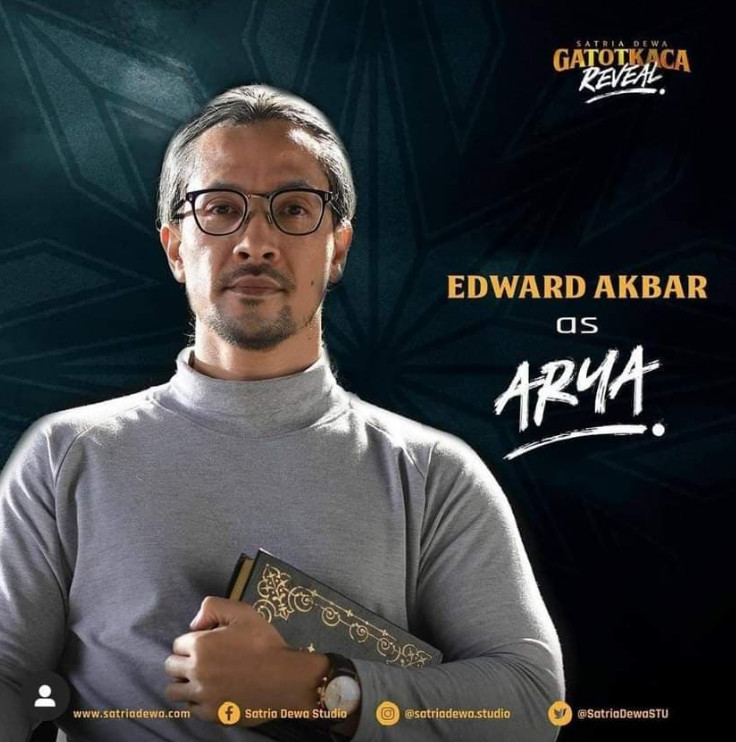 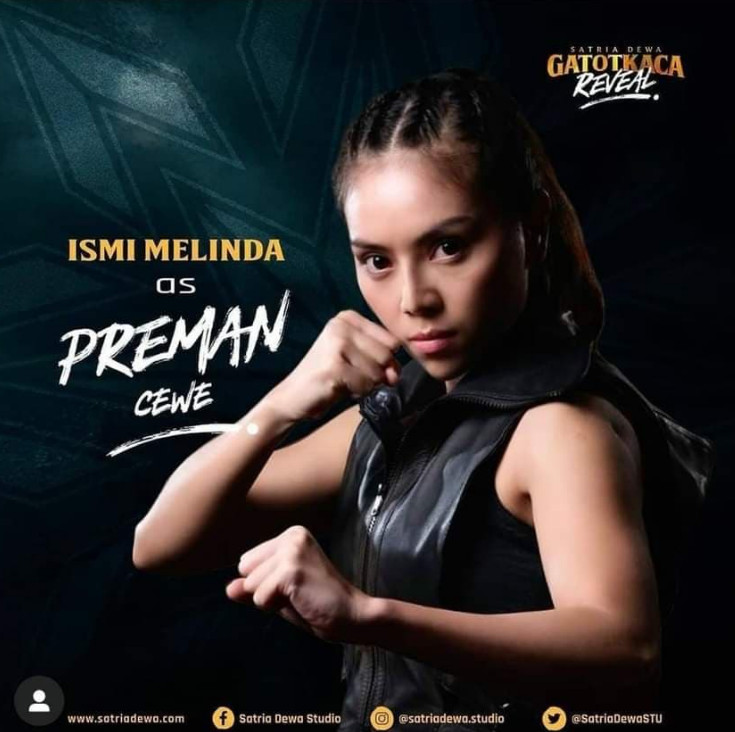 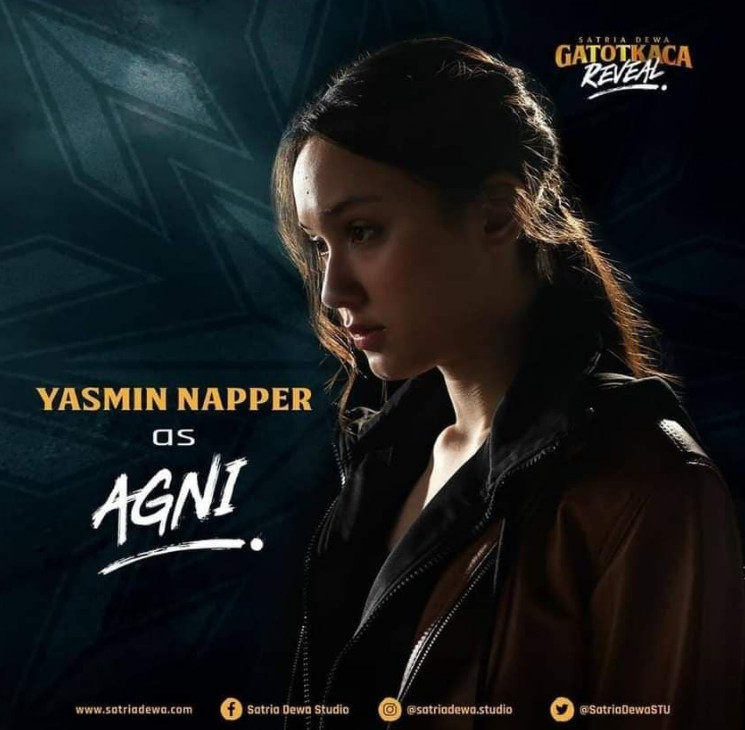 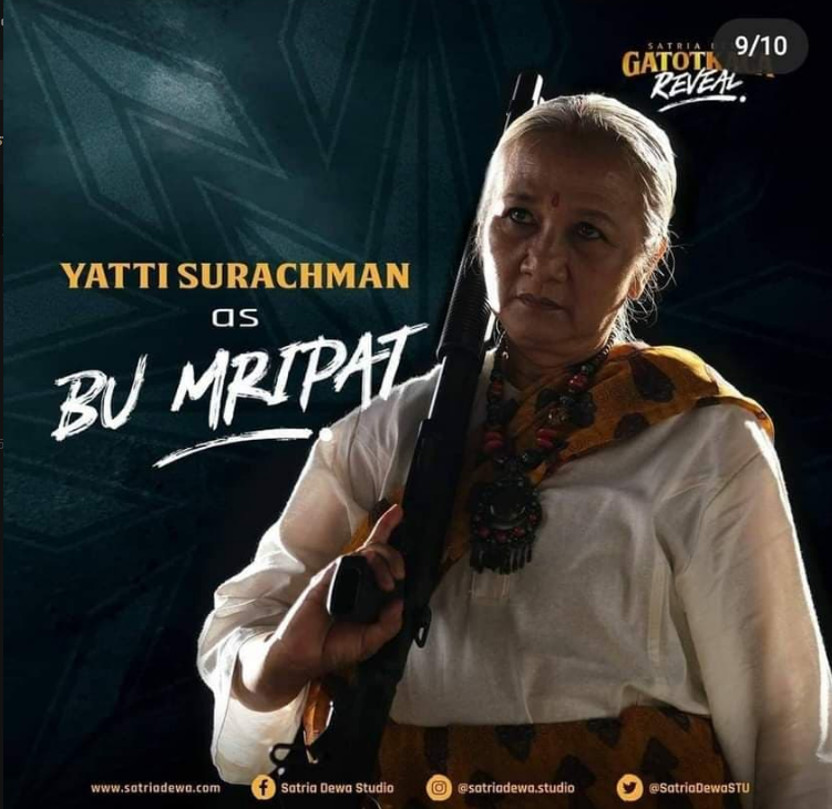 Do you feel this content is inappropriate or infringes upon your rights? Click here to report it, or see our DMCA policy.
cecep arif rahmanGATOTKACAindonesiajohn wickmartial artsSATRIA DEWAsuperherothe raidyayan ruhian