Director Bertrand Bonello dabbles in the zombie movie genre and turns it into a cautionary tale in post-colonial, multi-ethnic France, now streaming on The Criterion Channel. 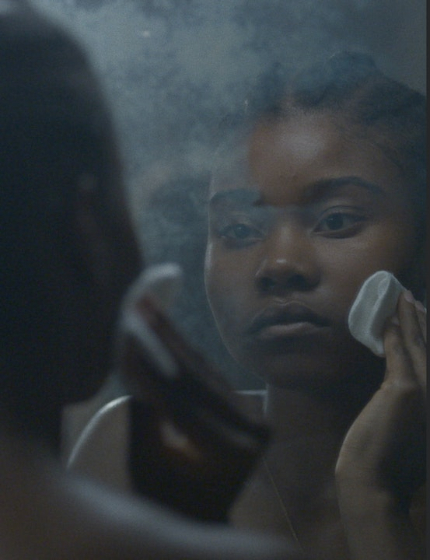 Bertrand Bonello, director of such sensual films as House of Pleasures, Saint Laurent, and pointy, up-to-date social critique Nocturama, dabbles here in the zombie movie genre and turns it into a cautionary tale in the post-colonial, multi-ethnic France.

It's an interesting investigation that is more in line with Jacques Tourneur's I Walk with a Zombie and Serpent and the Rainbow of Haitian voodoo than the current crop of zombie themed films and TV shows where chemical, nuclear or disease has been the cause of making the dead come alive and gorging human flesh.

Zombi Child cuts back and forth between 1962 and present day. The past portion of the film takes place in Haiti. A man named Clairvius Narcisse (Mackenson Bijou) is fallen into a voodoo spell by his brother and declared dead. A huge, elaborate funeral is performed where he is buried alive. Then he is dug up by zombie traders who put him in the field with other zombie-fied men to work in a sugar cane plantation as a sort of slave labor force. You see, zombies are just normal people, who have fallen into a spell (brought on by psychotropic powder that causes neuro-paralysis) who appear dead for a while, then non-communicative with their memories erased.

Fanny (Louis Labeque) is a student in an all-girl prep school in an idyllic woodsy setting. It's a very liberal school for only those chosen few whose parents are deemed important in French meritocracy. She is deeply in love with her boyfriend and writes letters to him everyday. Her reading those letters accompany the daily school activities as the girls take classes, play sports in a gym, and gossip.

There is a new black girl, Méllisa (Wislanda Louimat), and Fanny and her small, all-white sorority want to have her as a member. Méllisa obliges to go through a test at night in the school's library. She is asked to reveal her most important secret. She says her aunt is a mambo, a voodoo priestess. Wow, that's cool. She is in.

Things take a drastic turn when Fanny receives devastating news from Pablo. He is breaking up with her. Suffering from a broken heart, she appears at the doorstep of Méllisa's aunt's house, asking to perform a voodoo magic. She wants to become Pablo or something like that. She will pay for the ritual.

Bonello, forever sensualist, presents some beautiful, lyrical shots of Narcisse the zombie standing erect motionlessly, looking afar in the fields, in ancient ruins. It is pretty evident that he takes much of the lyricism from I Walk with a Zombie.

Fanny's silly school girl story aside, Zombi Child digs deeper into hasty Western appropriation of everything non-European, non-Anglo American culture. It disregards the cultural, historical, ethnographical significance of the origins of a zombie in exchange for sensationalism. Narcisse’s journey back home is the more interesting story here.

Review originally published during the New York Film Festival in October 2019. The film is now streaming on The Criterion Channel.

Do you feel this content is inappropriate or infringes upon your rights? Click here to report it, or see our DMCA policy.
Bertrand BonelloCriterion ChannelFranceLouis LabequeWislanda Louimat