Rotterdam 2020 Review: THE GHOSTS, Rags, No Riches in Guatemalan Docudrama 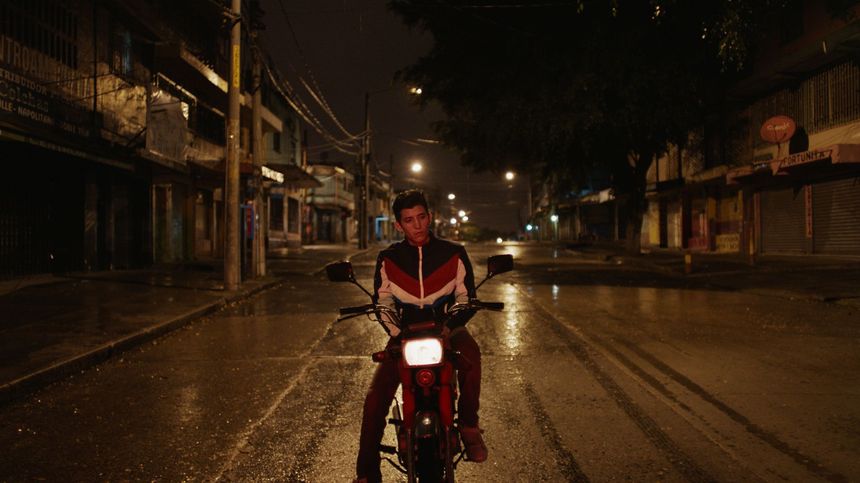 A London Film School graduate of Guatemalan origin, Sebastián Lojo, who has several shorts under his belt, finished a feature debut The Ghosts (Los Fantasmas) that has been unveiled in the Bright Future Competition at the International Film Festival Rotterdam 2020. Lojo returned to his home country of Guatemala to shoot his first feature-length offering, anchored in the authentic environment of the country.

One of the missions of the IFFR has is bringing forth underrepresented cinema and talents. The Ghosts, co-produced by Argentina, fits the bill, as the film has been made in a country without much of a film infrastructure, though the film's overall appearance and resonance are far from the DIY,  home-video type of movies.

Set in Guatemala City, the film mostly follows Koki, a young, charming man working as a tour guide. While his friendliness is certainly a desired character trait for working with foreign visitors, it overshadows the fact that he is a part of a scheme running petty thievery upon the unwitting tourists.

Moreover, to carve out an additional stream of income in unstable economic times. and given his vulnerable position in the social food chain in the lower rungs, he employs his charisma and charm under the veil of the night as a pick-up artist. He, rather rationally, targets men in bars who are subsequently robbed during the heat of passion. The Ghosts eschews the rags-to-riches template as its rags-to-a -little-more-rags observation centers on the fragile and volatile position in the (shadow) economy of the country. 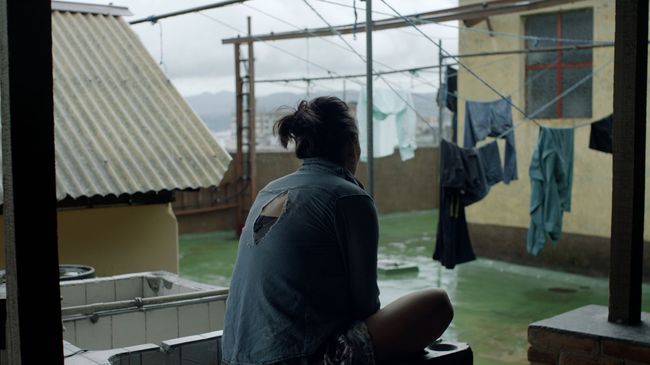 Koki is a part of larger operation, the base being a hotel where middle-aged Carlos works as a receptionist and night guard. Carlos manages contact between tourists and Koki, while Koki rewards him with bringing drunk and aroused gentlemen to his hotel to rent rooms. A win-win economic microsystem. Carlos, however, has also another aspect to his personality, an alter-ego of a masked, oily and beefed-up wrestler performing in a ramshackle squared circle.

Even though The Ghosts checks all the boxes, the writer-director goes against the predictable in form and style. First of all, The Ghosts is not a social realist drama, yet the stories fit the mold. Lojo and his cinematographer Vincenzo Marranghino depart visually from the usual vein of rawer social realism in favor of a more stylized and saturated image more apt for a noir thriller from the outskirts of society.

In the current age of fluid cinema, forms, genres and styles blend arbitrarilyy and the mercurial landscape is the ground from which Lojo's debut emerges. Rather than being built on a linear storyline, the film branches into daily vignettes rounded not solely around Koki and Carlos but also other characters cut from similar cloth. 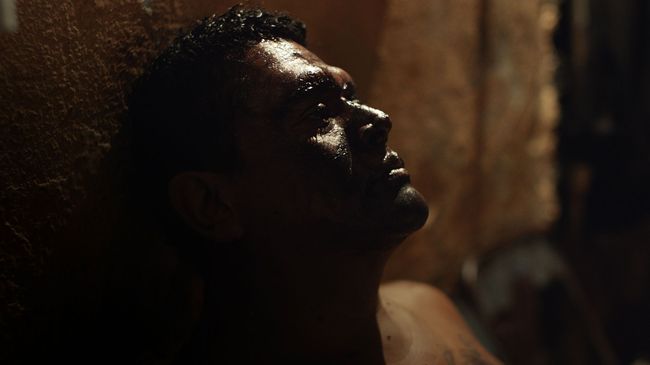 The Ghosts is a collective portrait thought up with a documentary sensibility but rendered in a narrative film with the central plotline of Koki's "career" downfall that epitomizes the whimsicality of the position of people on the margins. There is a difference between Koki and Carlos, even though they live and breathe in the same environment.

Lojo benefits from the day-night dialectics of Koki and Carlos combining different emotional palettes. Koki's seduction, his musings on life around a girlfriend, his play with his son in a park and getting beaten up to a pulp provide one side of the equation. Carlos, however, is not on such a  dour receiving end. Even though he comes from the same socio-economic side, his position is much more stable and he even gets to call the shots at certain moments. Carlos is in the position of power and Koki is not. The Ghosts addresses also this kind of power dynamic within a similar social class, especially when Carlos is driven by businessman-like vigor. For Koki, the optimistic perspective is only several shades of poverty.

The Ghosts title refers to aimless wandering, which Koki happens to personify, though other minor characters widen the scope without altering it, such as an elderly prostitute seen strolling the street in pursuit of clients. The imagery adds greater range and resonance in the context of Koki and Carlos' situation. 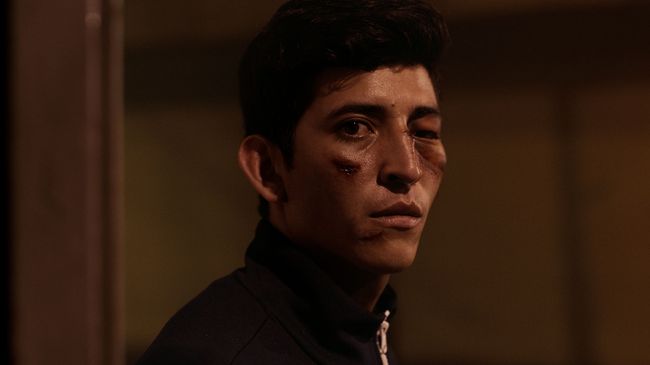 Lojo is operating more in the horizontal space of decentralized storytelling rather than focusing on the linear chain of events regard to the plotting. This gives him larger leeway also for spatial narration within the district that characters inhabit that comes to stand for their social fabric and economy.

The Ghosts thus becomes an eco(nomic)-social thriller, a stylized docudrama borrowing documentary practices of observation to construct a collective portrait within a narrative of fiction.

Do you feel this content is inappropriate or infringes upon your rights? Click here to report it, or see our DMCA policy.
GuatemalaIFFRLos FantasmasRotterdam 2020Sebastian LojoThe Ghosts