WRINKLES THE CLOWN Plans to Unnerve the World 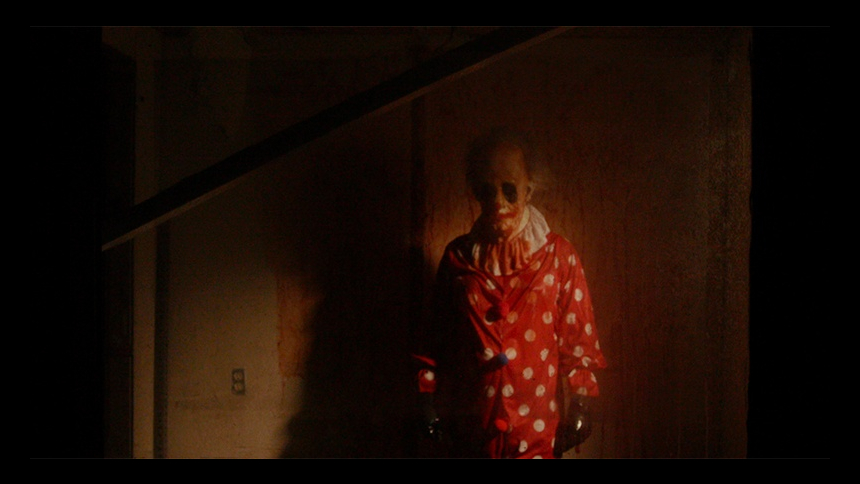 If you suffer from coulrophobia, read no further.

Life will be quite challenging for people with an "abnormal fear of clowns" at the cinema in the coming weeks. (Yes, doubters, I have met people with this genuine fear, which is deep-seated and quite real.) The big title, of course, is It Chapter Two, a sequel that promises to be so terrifying it doesn't even need a colon in its title.

That big studio production aside, however, consider Wrinkles The Clown. The film's worldwide rights have just been acquired by Magnet Releasing, the genre arm of Magnolia Pictures. The world premiere will be held at Fantastic Fest in Austin, Texas, toward the end of September, followed by a theatrical release on October 4, 2019.

"It started with a silent black and white surveillance video uploaded to YouTube that depicted a child sleeping peacefully. Until a disheveled old man disguised as a clown slid out from beneath her bed.

"Afterward, similar videos started appearing online, showing the clown pushing a cart in a parking lot. Waving alongside a busy highway. Holding balloons in front of a suburban home. The unsettling clips, which immediately went viral, launched Wrinkles The Clown to internet infamy.

"Soon, cryptic stickers with his eerie visage and a phone number were plastered on telephone poles and in bathrooms all over Florida promising to terrify misbehaving children. Over one million voicemails were left."

Director Michael Beach Nichols (Welcome to Leith) describes Wrinkles The Clown as a "twisted film." Just by the words above, and the image attached, the documentary sounds like a must-see at the upcoming Fantastic Fest, where myself and my colleague(s) will be in attendance.

Do you feel this content is inappropriate or infringes upon your rights? Click here to report it, or see our DMCA policy.
documentaryFantastic Fest 2019Michael Beach NicholsUS

More about Wrinkles the Clown