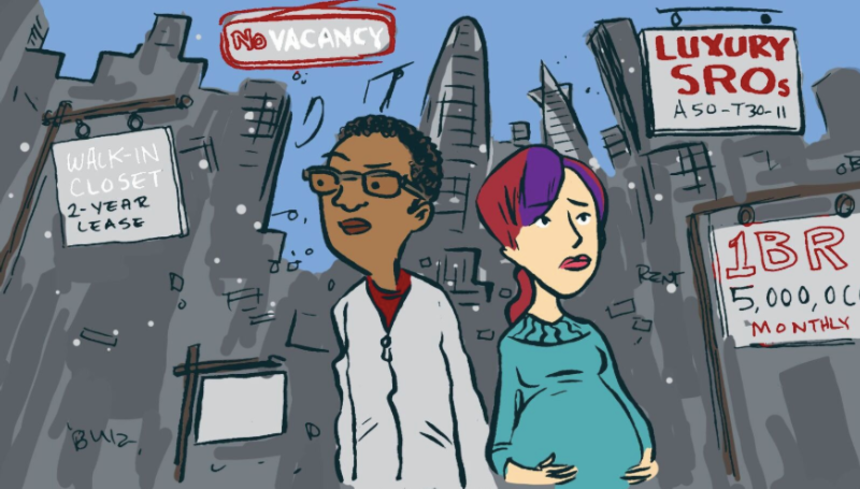 PRICED OUT, a socially conscious animated series about why housing is so expensive, has just been released online. Fresh off its world premiere screening at the Roxie Theater in San Francisco, all six episodes are now available to watch at both the [people. power. media.] website, and TruthOut.org.

Co-Founders of [people. power. media.] Joseph Smooke and Dyan Ruiz wrote, produced, and directed the series, drawing on their past experiences working as affordable housing developers, legislative aides, community organizers, and journalists.
“Communities and organizations have been asking for years for a simple story that will change the increasingly polarized conversation about housing,” says Smooke. “While most people are distracted by the “YIMBY vs NIMBY” debate, we lift the veil, exposing how the housing industry actually works,” he says.
PRICED OUT follows a young high school teacher and pregnant tech gig worker looking for a new place to live. Although the series is set in San Francisco, it addresses the universal problem of not having enough affordable housing available in every major city.

Ruiz says, “It is the kind of project that should be required viewing for anyone struggling to pay their rent or wanting to buy a home. Housing is complicated, but PRICED OUT shows that it can be easily understood. Our goal is to empower the public to demand real solutions for housing affordability.”
Sign-In to Vote
Tweet 0 Submit

Do you feel this content is inappropriate or infringes upon your rights? Click here to report it, or see our DMCA policy.
animationepisodic contentsocial issuestreamingweb series