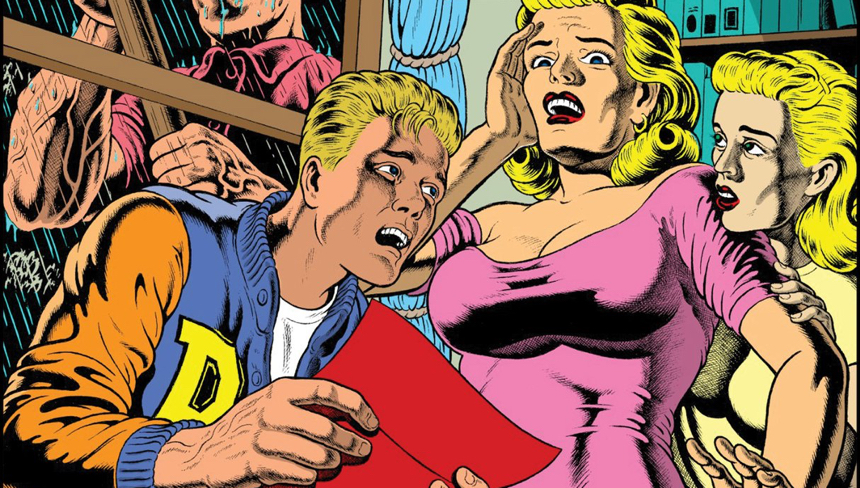 The EC Comics-inspired poster for Canadian horror comedy Red Letter Day plays on the absurdity of the Red Communist Scare of the 1950s, in conjunction with the white flight that moved families out of the cities and into new minted 'ticky-tacky' houses on the outskirts. Or the Satanic Panic of the 1980s, where the TV news programmes promised sinister cults hiding in plain sight, behind every curtained bay window - IN YOUR NEIGHBOURHOOD.

One of the comic-book seals in Morgan Curley's design below reads "Awkward Silencio." Yes, it is the production company of the film, and yet it is also often a part of the social contract in the 'Burbs (and certainly Joe Dante's The 'Burbs, Sardine?) as much as to David Lynch's pillars of the universe shaking club in Mulholland Dr. Albeit, "Kill Thy Neighbour" as a tagline is far more Tales From The Crypt meets Archie.

The poster is eye-catchingly retro, with bold primary colours, the florid facial expressions on all the characters -- that special cheap tackiness that comes by way of drugstore pulp of bygone days. The film is currently playing the genre festival circuit; the the most recent stop at the Calgary Underground Film Festival, to the home-crowd, as it is a local production. Hopefully it will live up to all the things promised here. 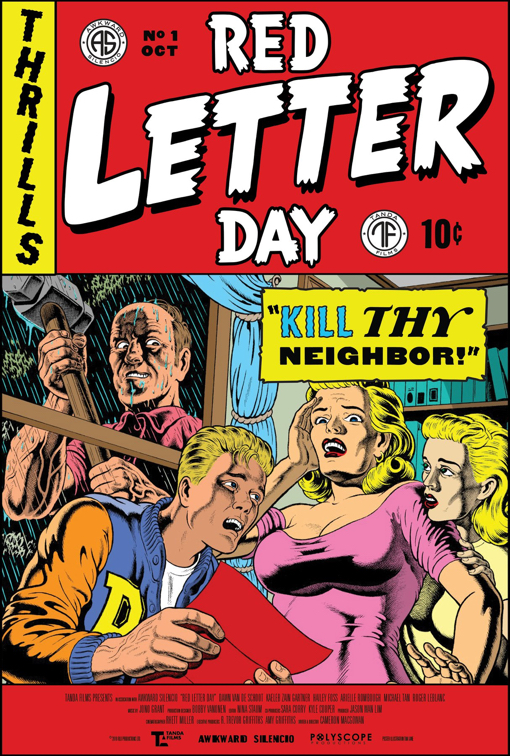