Criterion in July 2019: DO THE RIGHT THING, KLUTE, EUROPA EUROPA 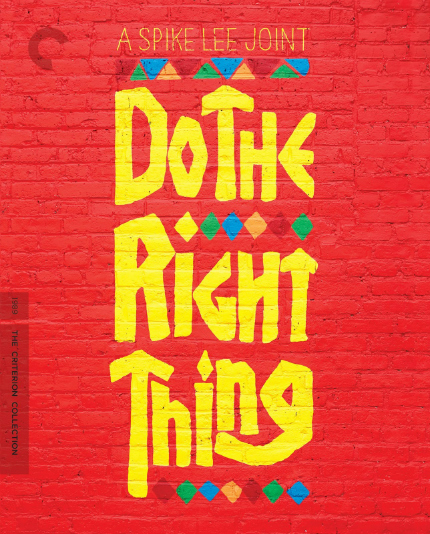 Thirty years ago, I was living in Brooklyn and that summer, things were blowing up when Spike Lee's Do the Right Thing furiously raised the heat.

Now the incendiary drama is heading to a new edition on the Criterion Collection in July 2019, which is kinda mind-blowing in its own right. That's not all, of course.

For those of us who love 70s cinema, Alan J. Pakula's Klute will appear on Blu-ray for the first time. In its day, it was mind-blowing simply in concept: Jane Fonda stars as a prostitute (or, call girl) with Donald Sutherland as a private detective investigating a mystery. Fonda is fully in charge, a strong woman in a time when strong women on the big screen were not in vogue -- are they ever, really? -- and gives an indelible performance. I wonder how it will play today?

Here's another strong woman; quoting straight from the official verbiage offered by Criterion: "Agnieszka Holland's Europa Europa, a breathless adventure story set amid the chaos of World War II, will appear in a new 2K restoration." Again, I have not seen the film in years, and I look forward to a revisit.

Appearing in a new restoration approved by renowned cinematographer Roger Deakins, Michael Radford's 1984 is not a drama that I particularly enjoyed, so perhaps the new restoration will reward another viewing. One film I haven't seen in this group of releases is Marcel Pagnol's comedy The Baker's Wife, which will be available in a new 4K restoration.

Finally, returning to the Criterion Collection is Rainer Werner Fassbinder's fantastic BRD trilogy, including The Marriage of Maria Braun, Veronika Voss and Lola. Once more, I admit that I have not rewatched those films in years, so watching them in glistening new editions should be enlightening and/or terribly depressing to contemplate the early loss of a remarkable auteur.

So does the mere thought of July 2019 cast a pall upon you? Buck up and buy some Blu-rays and/or ask your friends to buy them and invite you over for a Criterion viewing party. Read more at the official Criterion Site.

Do you feel this content is inappropriate or infringes upon your rights? Click here to report it, or see our DMCA policy.
Agnieszka HollandCriterion CollectionMarcel PagnolMichael RadfordRainer Werner FassbinderSpike Lee