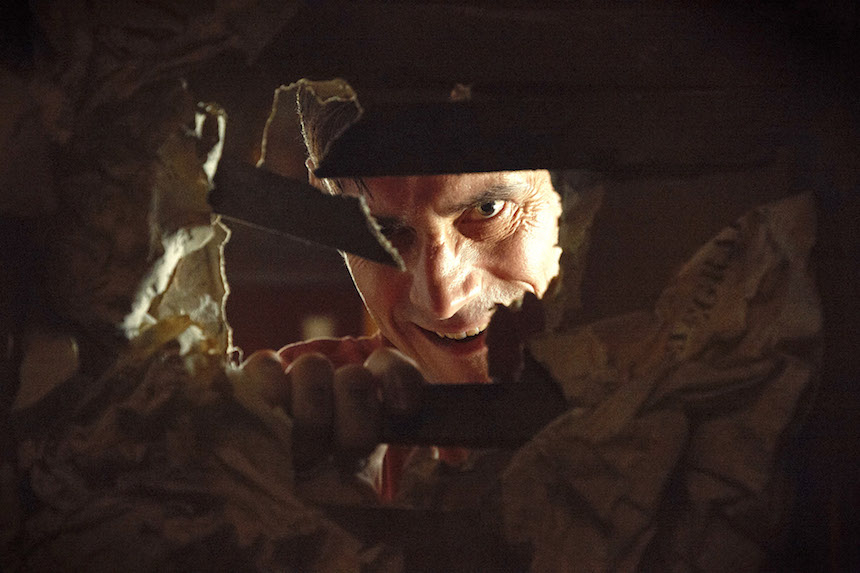 One of the films playing --- Girl on the Third Floor --- is the directing debut of prolific producer and ScreenAnarchy friend Travis Stevens, founder of Snowfort Pictures. He's produced a wealth of insane films that you've probably seen or at least heard of, including Starry Eyes, Cheap Thrills, Buster's Mal Heart, Teenage Cocktail, We Are Still Here, and 68 Kill.

Now, it's time for Stevens to slip into the director's chair with the tale of a man who's sprucing up a rundown mansion for his family --- only it appears that the house has other plans (as they sometimes do). Girl on the Third Floor stars WWE Champion C.M. Punk and Trieste Kelly Dunn as Don and Liz Koch, the fateful couple.

Check out the teaser for the film below. I won't spoil it, but I can say that I love it, and not to take your eyes off it until it ends. Enjoy!

For times on where to see Girl on the Third Floor during its world premiere in Austin, check out the film's official SXSW page here.

GIRL ON THE THIRD FLOOR_SXSW EXCLUSIVE from Snowfort Pictures on Vimeo.

Do you feel this content is inappropriate or infringes upon your rights? Click here to report it, or see our DMCA policy.
CM PunkGirl on the Third FloorSnowfort PicturesSXSW 2019Travis StevensTrieste Kelly Dunn