Locarno 2018 Review: Grief and Past Yield Transformative Experience in A FAMILY SUBMERGED 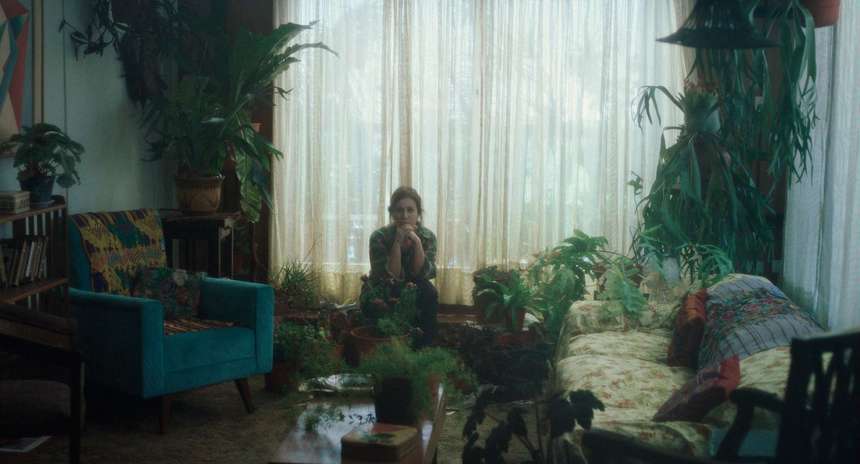 The young Argentinean actress, María Alché, moves behind the camera in her narrative feature debut A Family Submerged. The emerging writer-director harnesses the experience and passion from her photographic work in order to achieve a different, transformative, kind of quality in storytelling.

The film´s protagonist middle-aged Marcela, wife and mother of three young-adult children has to come to terms with her sister´s passing. Even though the events seem to maintain the usual continuation in her household, she becomes mentally disconnected from her life and family although she keeps up the appearance and preserves the interactions with family members while clearing up her sister´s apartment.

The latter however does not turn into a purging ritual at the end of which Marcela would attain a catharsis or closure and return to her daily routine. On the contrary, Alché conjures up a new dimension, a parallel world for her heroine, where she is not attempting to come to terms with the loss but encounters deceased aunts and family members and revels in their company in more radical drift from reality and presence.

Marcela devises a coping mechanism nonetheless albeit one akin to mid-life crisis though more platonic, at least on screen. She finds a refuge in the presence of a friend of her daughter, Nacho. He was supposed to be promoted to a job outside the city, threw a big goodbye party only to find out the job is no more on and he is so ashamed he prefers to stay in a hotel. Nacho is thus another tortured yet poetic soul, the sensibilities he shares with the main character.

The decision to create an alternative life around Nacho seems like a natural reaction to anxieties with her responsibilities as a mother and a wife amidst the death of her sibling. The close relationship with the younger man functions more or less as an antidote to her domestic life short of any scandals or sensualities and mostly as stimulation to mind.

Nevertheless, Marcela´s coping with the routine of raising three kids does not take precedence in the film as the story deals with family matters in a wider view. Alché creates an alternative space, comfortably nested in the real world, where the protagonist can converse with her aunts and other deceased family members who present themselves in a fairly eccentric manner.

The trappings of mid-life crisis and grief-induced melancholia whisk Marcela into the different time-space where the civil kind of surrealism constitutes the counter measure to her mundane proceedings as memory and hallucinations embraced each other. Alché creates a special bubble of nostalgia and madness which is fascinating to experience especially in the non-plot vacuum.

The civil rendition purges any creepiness regardless of some strange moments reminding more of a visit in an asylum than a noble remembrance of ancestors. In the transitional moments between reminiscences and the surrealism of mundane, the image becomes dominant. The cinematography by Héléne Louvart certainly invokes borderline state of mind, the division between sanity and insanity without being alienating.

The supposedly domestic drama about dysfunction and mourning reaches very delicately to transcendental level as the protagonist questions her life and the meaning of things. A Family Submerged shares some parallels with Kent Jones´ Diane (read the review) however Jones embraces the pragmatic realism whereas Maria Alché plunges into more abstract dimension, almost philosophical, questioning the nature of reality and one´s place within it. The otherworldly scenes provoke vertigo as the protagonist experiences feelings of disconnection from the common reality yet it does not impose any outward existential menace.

The film has a spellbinding and palpable effect turning the viewing experience into lucid dreaming. Strange and disquiet, A Family Submerged is masterfully orchestrated delusion as memory and past collide with higher planes of perception and eternity. María Alché´s film is a small ethereal and evocative offering with profound and lasting effect.

Do you feel this content is inappropriate or infringes upon your rights? Click here to report it, or see our DMCA policy.
A Family SubmergedArgentinadramaLocarno 2018María Alchésurreal