Notes on Streaming: PICNIC AT HANGING ROCK, Bring Your Own Preconceptions 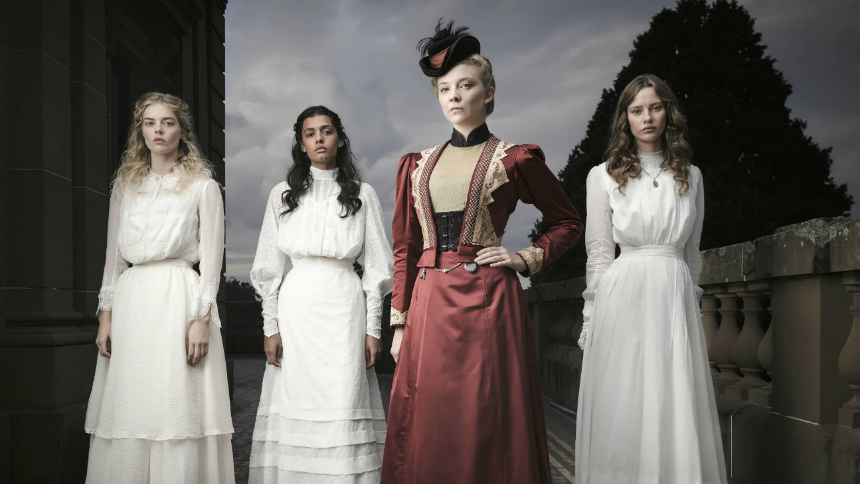 A new version of Picnic at Hanging Rock takes a markedly different approach to the material, resulting in a pungent series that endeavors to peer more closely into the souls of its characters.

First published in 1967, Joan Lindsay's novel followed what happens after four women -- three boarding school students and a teacher -- inexplicably disappear on a picnic at the namesake geological formation in February 1900. Lindsay framed the story as though it were based on real events.

Peter Weir made a haunting, ethereal and mysterious big-screen version in 1975, which is currently available for streaming on FilmStruck. Photographed by Russell Boyd (The Man From Hong Kong), the film remains a gleaming gem of gorgeous beauty.

Watching it again recently, I was struck by how much better it looked than on my single theatrical viewing in the late 1970s. The film gained international attention after its original release and helped to launch the "Australian New Wave" of cinema, but when I saw it, the 35mm print was not in the best shape and it was more of academic interest to me than anything else. 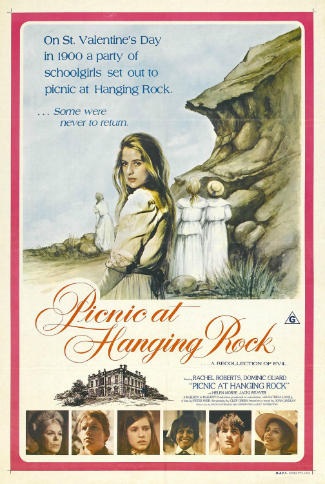 Seeing it now as it was meant to look makes a huge difference. It is very much a film to sink into, the moods and sounds and disturbances creeping up and enveloping the viewer in an atmosphere of curious disquiet, though not despair. Not to forget the music, featuring pan flute as a key motif.

Before I re-watched Weir's version, however, I binged on the new Picnic, which is available on the Amazon Prime streaming service. It was mostly written by Beatrix Christian; Larysa Kondracki directed the first three of six episodes. The first episode largely revolves around Mrs. Hester Appleyard (Natalie Dormer). Newly arrived from England and dressed as a widow, she tours the grounds of an estate in rural Australia that she envisions as a new start for her.

Soon, she has established a boarding school for girls, over which she rules as an unbending patrician. We are introduced to teachers, staff, and students, most notably the three young women who are rebelling against the strict rules of the school: Miranda (Lily Sullivan), Irma (Samara Weaving), and Marion (Madeleine Madden).

Miranda leads the group, which also includes Sara (Inez Curro), a younger girl who is her roommate. Miranda loves to run barefoot around the grounds in the early mornings, which brings her swift punishment when she is discovered. Young women must not have fun -- it is not proper! In this buttoned-down and buttoned-up environment, it's little wonder that free spirits will chafe at authority, which eventually leads to the disappearance.

Weir's film was more interested in atmosphere and mood than the plot; the series is more interested in characters than atmosphere or mood or plot, which makes it a welcome approach for the 21st century. All the women, young or old, are tied down by expectations placed upon them by a harsh, unrelenting, patriarchal society. They each pursue a measure of relief as best they can, with varying degrees of success.

As the episodes proceed, and hope appears to dim, the color slowly drains out as well, and the air becomes filled with doom. The cast is enjoyable to watch; I especially enjoyed the performance of Dormer, who carries a big load of dramatic weight with aplomb, and Weaving, who once again impresses with desperate urgency.

The series as a whole falls short of Weir's film, yet it's an admirable and very watchable variation that goes deeper into each key character, reinforcing its themes with a weary nonchalance that occasionally veers into a sublimely sad resignation.

Notes on Streaming explores films and episodic shows that are available legally on streaming services.

Do you feel this content is inappropriate or infringes upon your rights? Click here to report it, or see our DMCA policy.
Lily SullivanMadeleine MaddenNatalie DormerPeter WeirRachel RobertsSamara Weaving