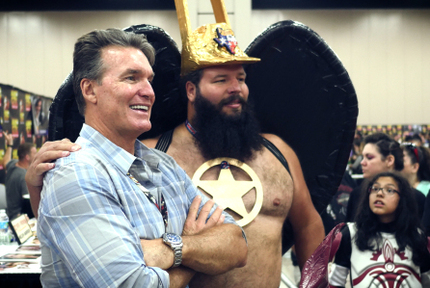 Since its inaugural edition in 2014, the Chattanooga Film Festival (CFF) in Tennesse has developed into an essential destination on the U.S. regional film festival circuit. CFF's programming is defined by a carefully curated mix of arthouse, genre and documentary tiles along with a range of cool guests and unique special events.

The first programming announcments for CFF 2018, which runs from April 5-8, have been made and there is a lot to be excited about it. The festival has grabbed the world premiere of Lisa Down's documentary Life After Flash, which details the career of Flash Gordon star Sam J. Jones. CFF has also announced it's opening and closing night films: Rock Steady Row and Summer of '84 from the RKSS team. Full details about all announced titles and associated guests are provided below.

ROCK STEADY ROW | Director Trevor Stevens
Rock Steady Row centers around a young college freshman who, after his bike is stolen, lands on a college campus and is compelled to take action against the reigning fraternities and ultimately the dean. | Q&A with Trevor Stevens
SUMMER OF ’84 | Directors François Simard, Anouk Whissell, Yoann-Karl Whissell
After suspecting that their police officer neighbor is a serial killer, a group of teenage friends spend their summer spying on him and gathering evidence in, but as they get closer to discovering the truth, things get dangerous. | Q&A with François Simard, Anouk Whissell, Yoann-Karl Whissell
LIFE AFTER FLASH | Director Lisa Downs
*WORLD PREMIERE
LIFE AFTER FLASH explores the life of Sam J Jones since his iconic performance as 'Flash Gordon' in the 1980 classic of the same name, and the aftermath of the young stars' clash with one of Hollywood's biggest legends, producer Dino De Laurentiis.
Q&A with star Sam J. Jones, Lisa Downs, and producer Ashley Pugh

More about Summer of '84