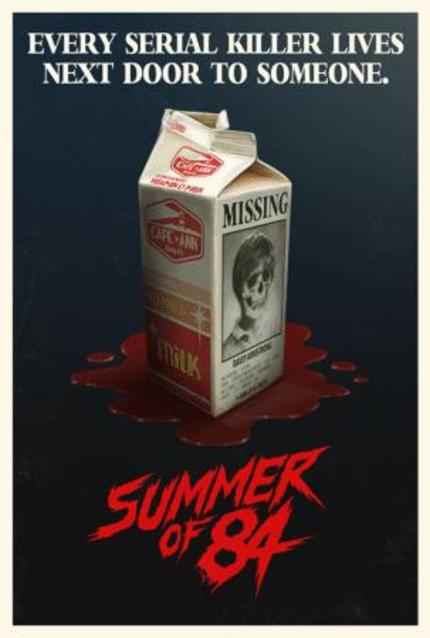 Filmmaking collective, RKSS, creator of 2015's Canadian cult hit Turbo Kid, are taking us back to the Summer of '84 in their next retro-fueled film.

While it's impossible not to compare the film to recent nostalgia hits like Stranger Things and IT, Summer of '84 looks to have it's own identity and is at least about something very different than the supernatural - a serial killer.

In the film, a group of Goonies, er, kids, go on a mission to track down the "Cape May Killer" terrorizing their town. Clues lead them to thinking it could be their new next door neighbour (Fright Night, anyone?).

Watch the first trailer below.

Do you feel this content is inappropriate or infringes upon your rights? Click here to report it, or see our DMCA policy.
RKSSSummer of 84SundancetrailerTurbo Kid

More about Summer of '84