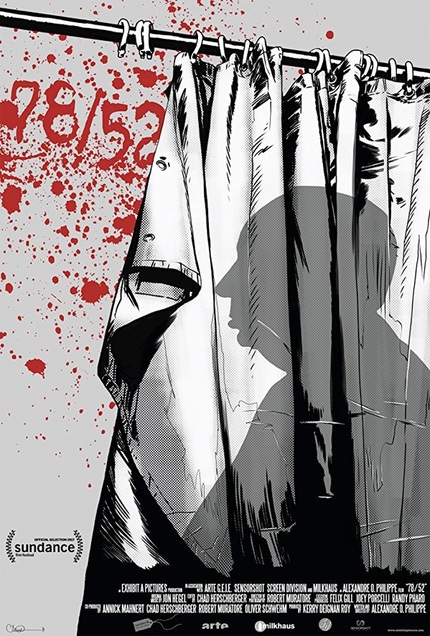 IFC have released a trailer for the intriguing new Alfred Hitchcock doc, 78/52, which takes a forensic look at Psycho's most infamous scene and how it changed the course of modern filmmaking.

About the film: With 78 camera set-ups and 52 edits over the course of 3 minutes, Psycho redefined screen violence, set the stage for decades of slasher films to come, and introduced a new element of danger to the movie going experience. Aided by - director Alexandre O. Philippe pulls back the curtain on the making and influence of this cinematic game changer, breaking it down frame by frame and unpacking Hitchcock's dense web of allusions and double meanings.

78/52 premiered at the Sundance Film Festival, where IFC aquired it. They will open it in select theaters + on VOD starting October 13th.