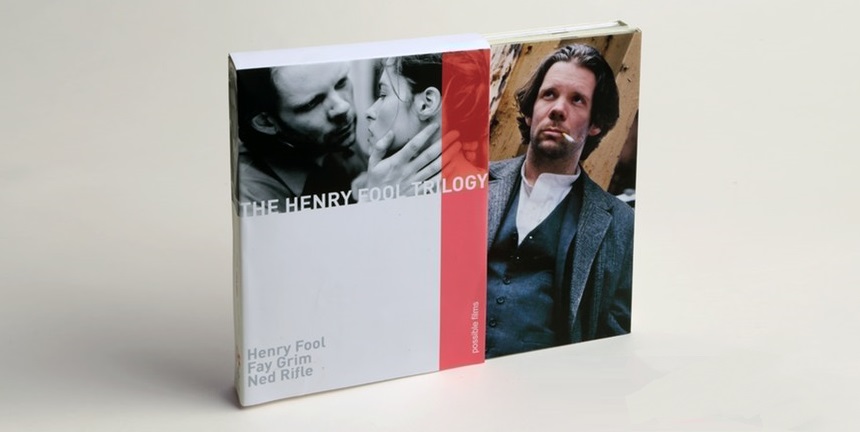 Good news for fans of the three Henry Fool films: now that their director Hal Hartley has reclaimed the rights to the first of these ("at long last and with considerable drama", as he himself says), it will be released in due time on HD in several platforms.

Even better news though: Hal Hartley is working on a boxset of all three films, on DVD and/or Blu-ray, and is looking for investors by way of Kickstarter. The perks and rewards are many, ranging from a bookmark, to actual books, to being credited on the packaging. And of course you can indeed pre-order the films on your medium of choice.

When our Zach Gayne published an interview with Hall Hartley in 2015, he was kind enough to describe the trilogy briefly in the introduction, and I'm borrowing his words here:

(...)Like a walking big bang, Henry saunters into Queens in Hartley's 1997 film Henry Fool, where he sets into motion the profound career of Simon - a garbage man savant, whose own honest poetry earns him community hatred - and acquires the infatuation and love of Simon's sister, Fay.

Fay is given the title role of Hartley's 2006 Fay Grim, a comedy that takes aim at post 9/11 paranoia through bumbling espionage. Nine years after the events of Henry Fool, Fay finds herself amidst international intrigue, trying to make sense of Henry's poorly written, unpatriotic journals, which may or may not actually be an advanced code using Milton's Paradise Lost as its concordant.

(...)Hartley concludes the trilogy with Ned Rifle, wherein Henry's influence is felt by his vengeful son, Ned, as well as a young woman named Susan, whose infatuation with Henry's teachings isn't made immediately clear. (...) Ned Rifle is a profusely funny and welcome addition to a series that, despite its conclusion, fans cannot get enough of.

Zach also calls the trilogy "endlessly watchable", which is why a boxset of these is very welcome indeed...
Hal Hartley is no stranger to crowdfunding: it's how he financed the third film in the trilogy. Check out his Kickstarter page for the boxset (here), or watch the pitch below:


Zach Gayne contributed to this story.