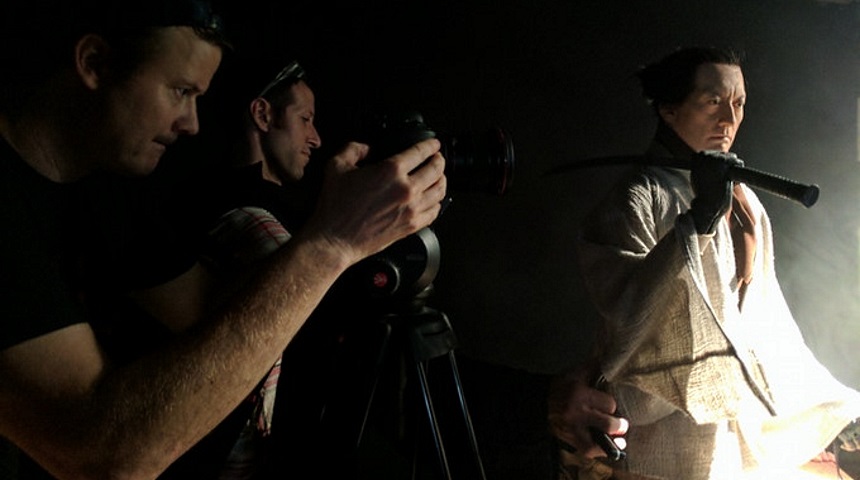 That guy on the right? He's a puppet. Really.
If you check the picture closely, you can see the hand that moves his arm.

Director Kevin McTurk has won many awards already with his amazing work in the past, most notably his short The Mill at Calder's End. His fans include people like Guillermo Del Toro, Mike Mignola and Rick Baker. Kevin is now preparing a series of short films starring The Haunted Swordsman, about (quoting his webpage) "...a lone samurai and his odd guide, the cursed severed head of another samurai, as they traverse a world of mythical creatures and nightmares of folklore..."

Note that his films are live-action, NOT stop-motion or animation. You see actual puppets being moved in real-time. To do it all right you need some master puppeteers and plenty of special effects wizardry though, which are things that cost money. So Kevin has started a crowdfunding campaign over at Kickstarter.

Check out his full pitch below, and if you like what you see, visit the Kickstarter page and Crowdfund This!

More about The Mill At Calder's End