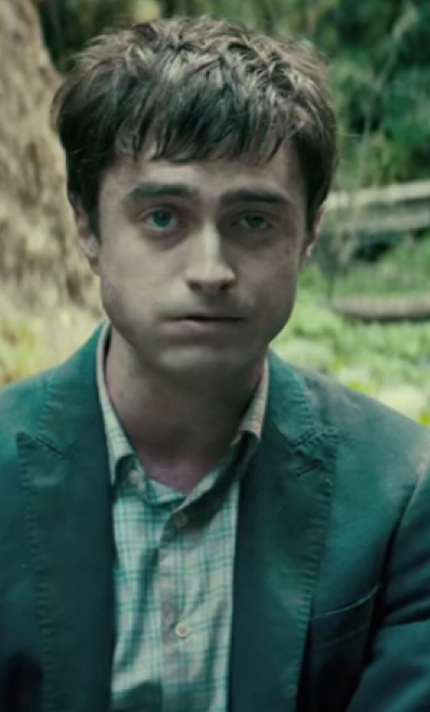 Two years ago I sat far too close (and too far to the side) to the screen in a small cinema past midnight to watch a movie billed as an incredibly gory comedy featuring very loud heavy metal music. None of those things qualify as 'things I love," and yet Deathgasm made me forget about my petty peeves and personal preferences.

Now Jason Lei Howden, who wrote and directed Deathgasm, is making a new movie and I am very excited to hear the news. Howden is a visual effects artist with impressive credits, which is great, but in Deathgasm he displayed a deft ability to weave together deadpan humor with really excessive gore and well-developed suspense, which is rare. (Read my friend and colleague Zach Gayne's review if you don't believe me. Or, even if you do.)

Daniel Radcliffe is set to star in Guns Akimbo, per Variety, which is good, not only for drawing eyeballs from parties who might otherwise not be interested, but because Radcliffe has shown an engaging willingness to jump into adventuresome indie projects. Example: Swiss Army Man (see photo).

Currently in pre-production, the action comedy is based on Howden's original script; he will also direct. According to Variety, Radcliffe "will play lead character Miles, an ordinary guy who suddenly finds himself forced to fight a gladiator-like battle for a dark website that streams the violence for viewers. Miles must fight heavily armed Nix and also save his kidnapped ex-girlfriend."

Bam! There you go, a formula for success and the prospect for a very entertaining and (I hope) a very surprising picture. In the meantime, now you have another excuse to watch (or rewatch) Deathgasm.

Do you feel this content is inappropriate or infringes upon your rights? Click here to report it, or see our DMCA policy.
Daniel RadcliffeGuns AkimboJason Lei Howden