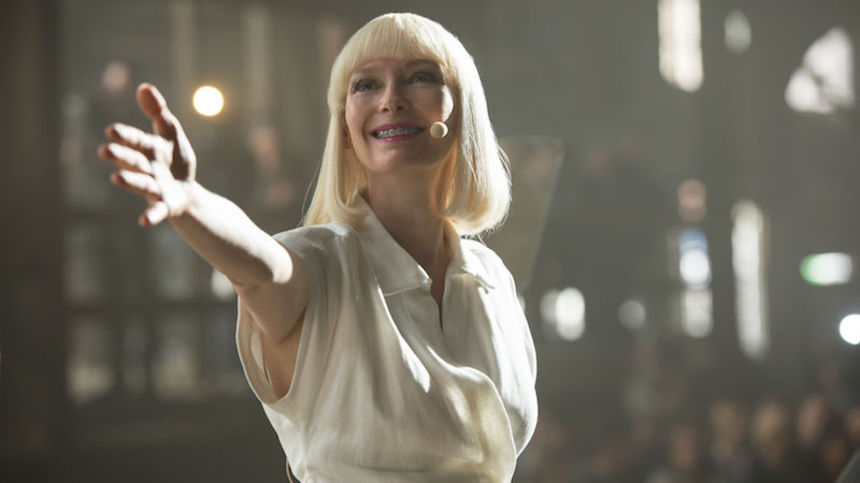 With its world premiere at Cannes Film Festival just a few weeks away, Netflix seems to be throwing a lot of support behind Okja, the latest from Korean director Bong Joon Ho. After a trailer release a few weeks ago, which gave us a clearer idea of the plot, they've now released a faux ad from the Mirando Corporation, hosted by Lucy Mirando (Tilda Swinton).

Tilda Swinton, Jake Gyllenhaal, Paul Dano and more star alongside several Korean actors in the English and Korean language film, including lead An Seo Hyun, who plays Mija, a young girl trying to protect a large creature from the grips of a multi-national corporation.

It would seem that the animal is to be used for food, giving this film an interesting ecological angle. There is also a website, the Super Pig Project, and you can follow Lucy Mirando on twitter.

Given that Bong's last film, Snowpiercer, suffered from some poor distribution management, it's nice to see that Netflix is giving Okja the attention it deserves for a wider audience. Watch the fascinating faux ad below.