Destroy All Monsters: ALIENS And The Burden Of Canon 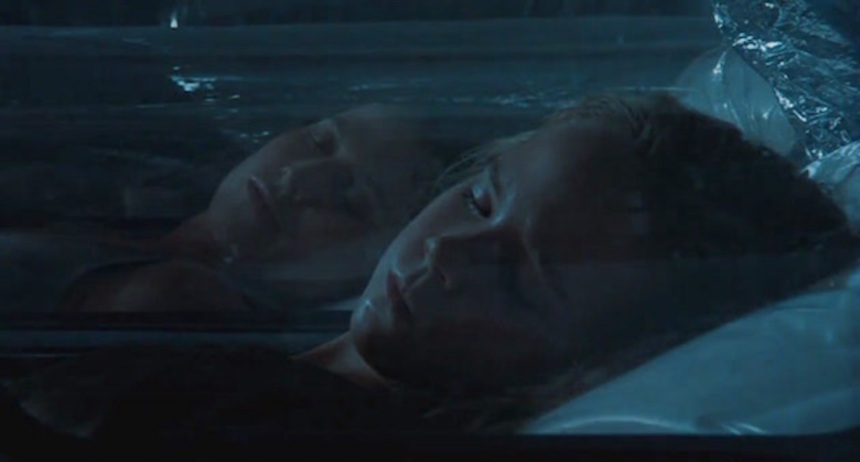 Having now - I hope! - been convinced that Neill Blomkamp's comments last week (re: removing Alien3 and Alien Resurrection from the Alien franchise's continuity for his forthcoming Alien 5 sequel) were taken out of context or otherwise misconstrued, a few mechanical questions remain.

The first is the one that no one but the filmmakers should be asking at this point anyway: how is Alien 5 going to work, if its story might include an older, OG Ripley, as opposed to the alien/Ripley nethercreature cloned back from the dead for Alien Resurrection (and a decidedly not-dead Hicks, besides)?

The second is the larger one and becomes larger every day, as more and more '70s and '80s franchises are strip-mined for their name recognition and refashioned as platforms upon which to build new, multi-franchise media series in the Marvel era of mega-franchises: what is canon, and what are the burdens of canon?

I like Alien3 and Alien 4, and would not want them ignored in any Alien sequel going forward. But those are my personal feelings, and to a real extent they're beside the point.

I understand the problem here: beyond their somewhat more controversial status as members of the Alien brand (and by "brand" I mean, that which the general public thinks of when they see the Alien branding), Alien3 and Resurrection are black holes, continuity-wise. They have enormous mass, exert enormous influence, and pull everything one could reasonably do "after" towards the consequences of their own storytelling without pity.

In fairness, sequelizing Alien has always required enormous hotwiring from a continuity perspective. James Cameron, being the first to do it, got off easy, and yet he still had to time-jump 57 years, invent (and kill) an offscreen family for Lt. Ripley, and conjure a first act (almost) wholly devoid of jump-scares in order to satisfactorily convince his audience that anyone would ever actually go back to LV-426.
Equally enormous feats of off-the-page sleight of hand have led into Alien3 and Alien Resurrection and even, most recently, Prometheus. The latter caught hell simply by dint of being released in a decade when the general audience had caught up to a tricky, pervasive idea in franchise filmmaking: that of "canon," and how canon has been conceptually rewritten to serve as a kind of user agreement between a franchise and its fans.

In Prometheus' case, it was the endless (and still ongoing!) nail-biting about how, where, and if the film related to Ridley Scott's original Alien. It was an anxiety which precipitated - if not causing outright - a hard-nosed distrust of the film's storytelling contract, up to and including whether or not that xenobiologist would have touched the snake.

On a larger level, though, the question of how and where a film fits within its own series - what is "true" or "not true" in the made-up history we are voluntarily taking part in - speaks to a basic audience assurance principle. How much "like" that other thing we enjoyed is this new thing going to be? And therefore, how "likely" are we to enjoy it?

(This, for my money, is where Blomkamp's original comments came from. "It'll be like Alien 1 and 2, I swear!" Joss Whedon made similar comments preceding the release of Alien Resurrection, not that it helped anything. It's simply the company line for these movies.)

Arguably, the Alien series' most astonishing in-canon narrative turn is defiant of this very same good-faith agreement: by killing Hicks, Newt and Bishop offscreen between Aliens and Alien3 - killing, in effect, the emotional purpose of the entire second film - the Alien producers were acting in immediate bad faith towards the fans of that film.

It was a spectacular gamble, and it did not pay off for most of the general audience, who bought their ticket for Alien3 expecting more run-and-jump wise-assery of the Colonial Marines variety, and found instead the Passion of the Ripley, played out with an indistinguishable pack of bald, British monks as backup singers.

Nonetheless, the maneuver into Alien3 is, for me anyway, when the Alien franchise became the Alien franchise. Each film in the canon is its own, distinct entity; it is the work of a unique filmmaker playing with an agreed-upon set of images, but refashioning them via different themes and in a different genre. That's the strength of Alien3: its unabashedly self-serving treatment of its own story. To a greater extent, that same philosophy leads to all of the strengths of Aliens 2 thru 4.

That philosophy, of course, will never turn Alien into a mega-franchise.

If the Marvel films have taught us anything, it is simply the degree to which these 21st-century movie series are more dependent upon that good faith agreement of canon than any other series have been in movie history. Of what little we know about Edgar Wright's departure from Ant-Man, we seem to have confirmed that Wright's piece of the Marvel U. would have yielded a fine film in its own right but one which stuck out uncomfortably from the canon as it had been established by ten other filmmakers thus far.

Sore thumbs, distinctiveness, wild narrative risks; they are wonderful in a long-lost single film mentality, but unsustainable as pieces of a long-term - potentially decades-long - continuity. That the Alien universe is ripe for expansion in this new, mega-franchise mindset is undeniable; but it is going to have to become substantially less like the canon of Alien movies - and a lot more like Alien and Aliens - in order to do it.

Destroy All Monsters is a weekly column on Hollywood and pop culture. Matt Brown's new podcast, Super Zero, can be found on the Modern Superior network.

Do you feel this content is inappropriate or infringes upon your rights? Click here to report it, or see our DMCA policy.
Alien 5AliensNeill BlomkampSigourney Weaver