Destroy All Monsters: I Know How Badly You Want To Screw Up WONDER WOMAN, Warner Brothers, But Please Don't 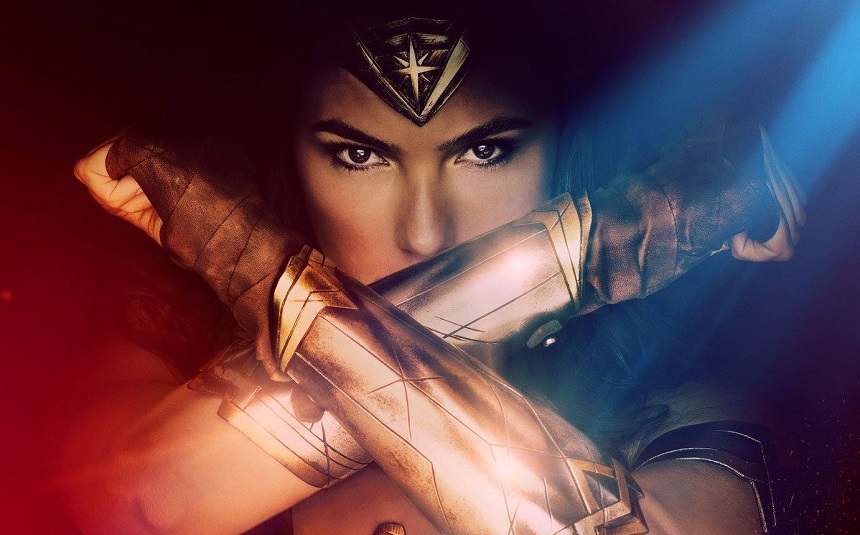 Before we begin, two caveats:

Caveat one: anyone, and I mean anyone, can cut a good trailer. Trailers don't mean a single thing. Let's all take a deep breath on this (but yeah, that's a great trailer).

Caveat two: Patty Jenkins is a great filmmaker and I have every confidence she has turned in a good, possibly great, Wonder Woman movie.

Unfortunately, it's in Warner Brothers' hands now. The thing is, I suspect that what a filmmaker turns in to Warner Brothers and what we actually end up seeing on the screen are pretty far apart. If 2016's DCEU offerings are anything to go by, the studio wouldn't know a good movie if it showed up and kissed them - and they'd work pretty hard to make a good movie into a bad movie, if given half the chance. Because they don't know, they don't care, and they are working from a rubric that doesn't live in the same universe as "it would be nice if an audience went to see this and enjoyed themselves."

Rick Fumayiwa saw that coming. A few days ago he became the second director to leave the studio's The Flash project. I have as much confidence in Fumayiwa's abilities as a director as I do in Jenkins' - he's a great filmmaker. If he left because of "creative differences," the problem wasn't on the director end. It was with the studio - a studio which, at this point, should be rolling around in the dirt overwhelmed with puppy-like joy that any filmmaker of the caliber of a Rick Fumayiwa or a Patty Jenkins wants to work with them, and take creative stewardship of their incredibly lacklustre comic book properties.

The Flash, as the DCEU's answer to the MCU's new Spider-Man - i.e. the quippy little dork who can't get his shit together but could maybe save the world - isn't quite a no-brainer, but it's as close to one as they're going to get. It's pop art. It's pop art about a guy who can run fast and has fun fighting crime. It's pop art for which DC Entertainment literally has a three-years-deep, successful prototype on television right now.

It's not Aquaman (how many crimes, really, can be solved close to the water?) and it's not Green Lantern (what rings of what now?) and it's not even Wonder Woman (Ama-who?). The Flash is easy, and DC can't get its shit together to get the job done.

Meanwhile, over on Wonder Woman, Jenkins has, by whatever evidence we currently possess, gotten her shit together to get the job done. She's bent a mythology that DC itself called "tricky" just three years ago into something that could be a great origin story. (The World War I backdrop, canon-warping though it may be, is kind of brilliant.) She's dropped rich, summertime colour into the Snyder GrimDark DCEU. In just the most recent trailer, she's shown us both some jaw-dropping set pieces and an actual inversion of an iconic moment from Richard Donner's Superman: The Movie. This Wonder Woman film has its bona fides sorted out.

And right now, in the basement of the Warner Brothers conglomerate, I bet there's some idiot trying to de-saturate the picture in the digital grading suite. I bet some editing flunky is trying to condense the action sequences to make them "snappier" (i.e. illegible). In some horrible studio screening room, some feminist joke isn't getting a big enough laugh, so it's facing extraction. Some segment of the movie is being deemed "not fun enough" so they're shoveling a bunch more Etta Candy banter into it.

Right now, Warner Brothers is trying its ass off to screw this movie up. I guarantee it.

Because they don't know, they don't understand, and they cannot be trusted to deliver. They are as out to sea on this whole mega-franchise as any studio has ever been, and as of this past August, they're officially a film past their "well, give them another chance" milestone. If/when they fuck up Wonder Woman, all the audience interest in the world (and god willing, there will be tons of it next June) won't help.

Nobody at Warners' is going to read this but let's all light a candle for them tonight anyway: this would be a great, I mean super great time for the studio to make good on their own brand and trust a filmmaker to deliver her vision, and stay the fuck out of it. I know how badly you want to get in there and mess around with what Jenkins did, WB, I do... but just this once, for your sake as much as ours, do the world a favour and don't.

Do you feel this content is inappropriate or infringes upon your rights? Click here to report it, or see our DMCA policy.
DCEUPatty JenkinsRick FamuyiwaThe FlashWonder Woman