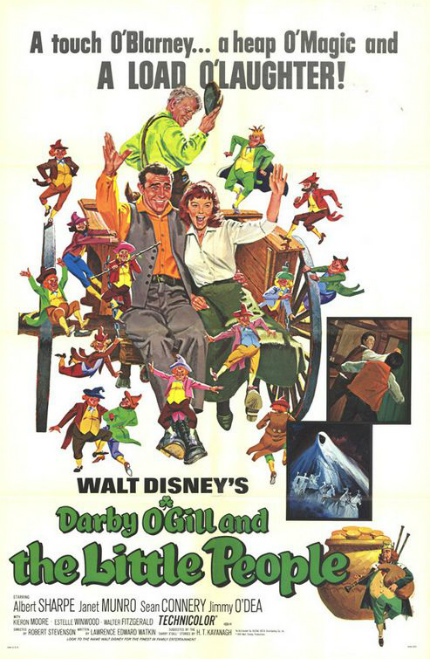 It wasn't so much the movie itself as it was the specific image of a banshee that appears at one point. The ghostly, flowing creature terrified me as a child because I had no easy way to comprehend what it was. I saw the 1959 movie during one of its theatrical re-releases, and later that night I sat up in bed when I saw a curtain billowing in my room. A light from the street shone through it, and from my angle it looked like that banshee.

I thought I was going to die that night.

Instead, I grew up distrustful of Walt Disney -- don't forget, he also killed off Bambi's mother -- and later experienced the death of my grandmother, the first time that mortality became reality for me. I mention that because a few months later, William Friedkin's The Exorcist caused a sensation in my school, the first in a series of films -- soon followed by Texas Chain Saw Massacre -- that simultaneously intrigued me and made my stomach clench.

I ask because I fear I have lost the capacity to be frightened at the movies. Part of it is the critical distance that I almost unconsciously apply to nearly every movie I see, especially those that I anticipate I will write about. If I know in advance that I'll be writing a review of a movie, I aim to be respectful of the filmmakers and give it my undivided attention.

That can make writing about horror movies an unalloyed pleasure if the film captures my attention and holds it throughout its running time. Earlier this year, for example, Hush and Don't Breathe slapped me across the face and demanded attention, even though I ended up with reservations about both.

I wasn't scared by either, though, and I'm trying to remember the last time I experienced that sensation in a theater. I distinctly remember watching Kurosawa Kiyoshi's Kairo (also known as Pulse), on VCD back in 2002 or so, and being so freaked out that I didn't want to watch the second disc. (As long-timers know, VCD's could only hold up to 60 minutes of the movie.) I did, of course, but it took me about 30 minutes to work up the nerve, and I had to turn on a light, and that remains one of the more unnerving nights of my life. 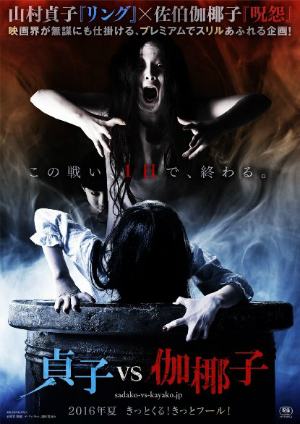 Last month at Fantastic Fest, I caught Sadako vs Kayako, which was a pale reminder of the original thrills of Nakata Hideo's Ringu. That movie, which I also saw at home, was terrifically disquieting and when a certain something occurs -- still avoiding spoilers here, but it involves a TV -- it freaked me out.

When that moment came up in Gore Verbinski's The Ring, it was fun for me because I saw it in a theater with an opening night crowd in California that had no idea what was about to happen and they totally freaked out. I remember a young woman in the seat next to me actually jumped up in her seat; the screaming and shrieking in the theater was real.

Maybe I lost the capacity to be scared because I've seen so many movies trot out similar tricks? Maybe if you've never seen any of the Ring movies, Sadako vs Kayako would be scarier, or more surprising, rather than a rather routine repetition of familiar frights.

Or maybe it's just that I've learned to stay away from movies that might keep me up at night, a cowardly defense mechanism so as not to add to my personal nightmares? I admit: I wanted to see Mike Flanagan's Ouija: Origin of Evil before I saw the trailers repeatedly on television last week. Something about it touched a nerve and I shied away.

As often happens, what we choose to see says more about us as individuals than the movies themselves.

Critical Distance is a column about the writer's reaction to movies that most likely will not affect readers in the same way.

Do you feel this content is inappropriate or infringes upon your rights? Click here to report it, or see our DMCA policy.
Critical Distancehorror moviesWalt Disney