INFERNAL AFFAIRS Heads to Amazon via THE DEPARTED 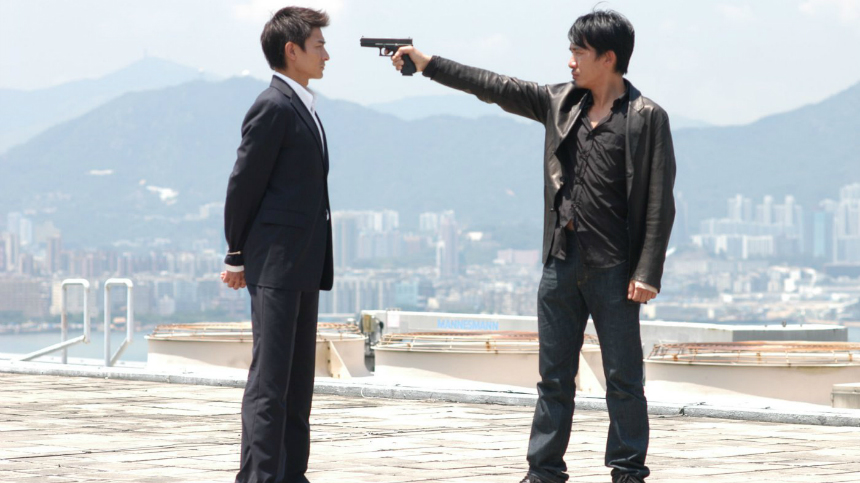 Scorsese's remake, scripted by William Monahan, also borrowed elements from the original's two sequels. As I wrote in my review at the time: "Instead of simply 'Americanizing' the whiplash twists and turns of the original Hong Kong police thriller, which generated terrific tension in its first 30 minutes, the filmmakers used the material as inspiration for making a juicy, straightforward crime epic in which the characters are painted in varied shades of grey."

The premise remains the same: a young cop goes undercover in a crime syndicate at the same time that a young criminal goes undercover as a cop. Tortured consciences and dead bodies are rampant. According to Variety, the new version "revolves around a young cop who infiltrates a Latino gang in Chicago and battles the gang's own plant in the police department."

Jason Richman is writing the pilot episode and will serve as executive producer, along with at least nine other people. Richman's previous credits include U.S. network television dramas Detroit 1-8-7 and Lucky 7, neither of which I've seen, so I have no sense of how well-matched he is for the material.

As the original trilogy showed, there's a lot of plot to untangle and plenty of characters who could be developed in an extended series. First, we'll have to wait to see if the pilot gets made.

My initial reaction was that the prospect of a show represented more trampling on holy ground. The remake was fine, but the original continues to haunt me, especially Tony Leung's performance, which still sends shivers down my spine. But time moves on, the originals are available, and so is the remake. What are your thoughts?