Our friends at Third WIndow Films have given us the opportunity to exclusively announce the remainder of their planned 2016 releases. Through this point in the year Third Window has put out classics from Kitano Takeshi along with the wonderful Uzumasa Limelight on Blu-ray. The rest of the year looks extremely strong as well, with releases from directors Sono Sion, Toyoda Toshiaki, and more Kitano Takeshi alongside some fresh faces. Scroll through the gallery below for more details in roughly chronological order. 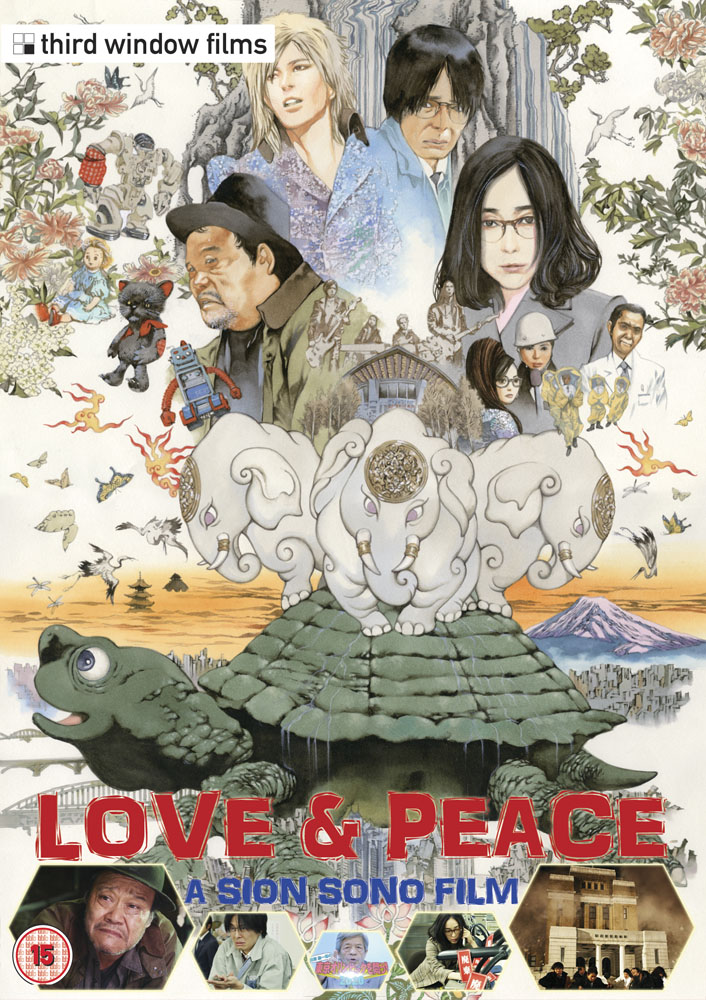 First up and due out in a few weeks is Sono Sion's musical Love & Peace, which has been burning up the festival circuit for the better part of a year. TWF calls it "the film Sion Sono has been trying to make for 25 years now, his kaijyu musical fantasy LOVE AND PEACE which we have out on DVD & BLURAY next month, July 11th!!"

For shy and awkward Ryoichi, dreams of musical superstardom have long since faded and he’s resigned himself to a lifetime of unrewarding office work for a company that barely acknowledges his existence. But when he randomly buys a pet turtle named Pikadon, a series of events are put into place that not only give Ryoichi the chance to fulfil his rock and roll fantasies, they might just bring about the end of the world. With more imagination in the first ten minutes than most films can boast in their entire running time, Love and Peace is pure Sono: a bonkers and uproarious one-of-a-kind that simply has to be seen to be believed. 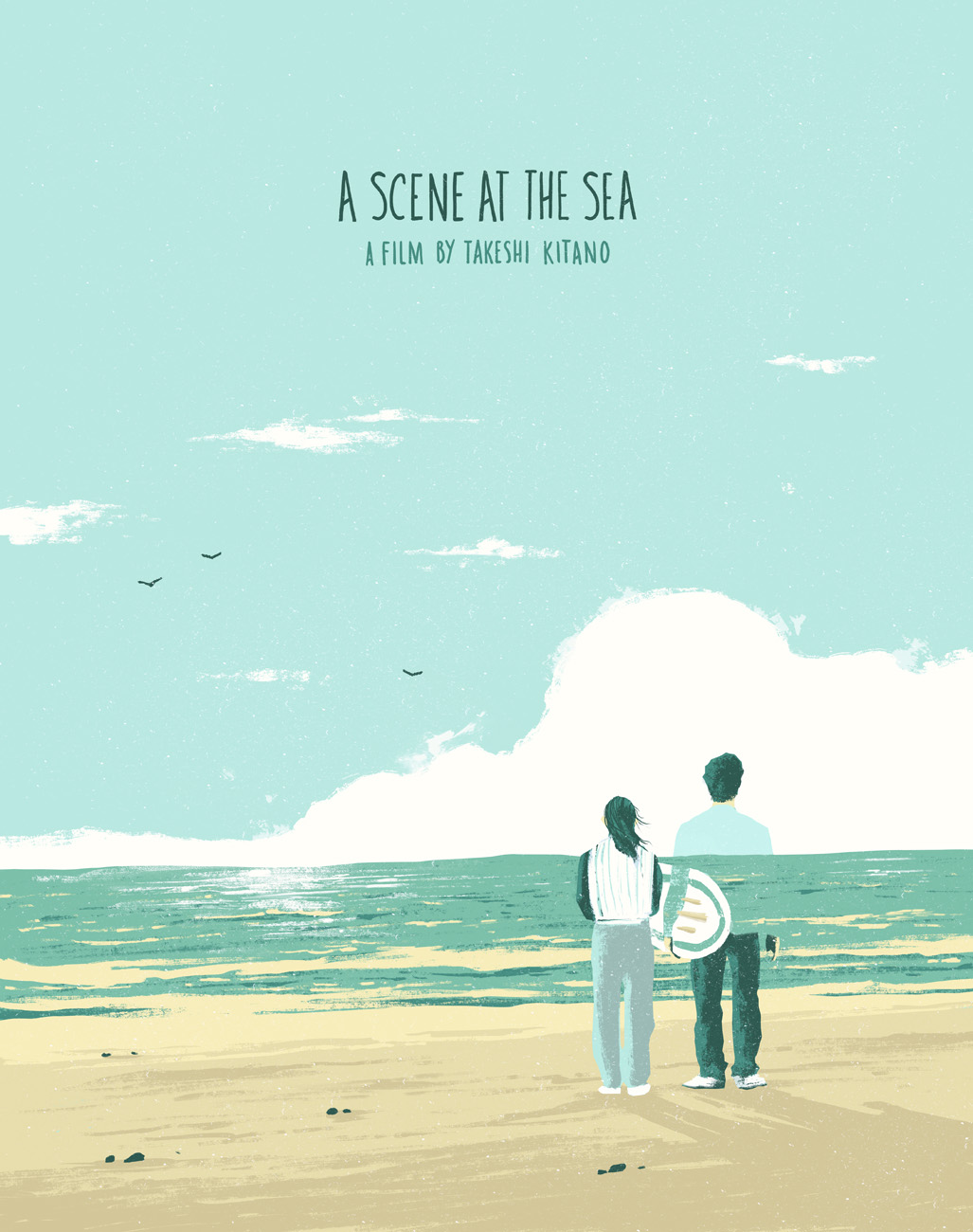 Next up on September 12th comes the latest in their excellent line of Kitano Takeshi Blu-ray releases, A Scene at the Sea.

A deaf garbage collector happens upon a broken and discarded surfboard. The discovery plants in him dreams of becoming a surf champion. Encouraged by his also deaf girlfriend, he persists against all odds. Though trapped in silence, their expression of love is no less profound. A heartrending masterpiece that, as with Kitano's other films (Sonatine & Fireworks), has a sharp eye for human frailties and a love for the courage of the underdog. 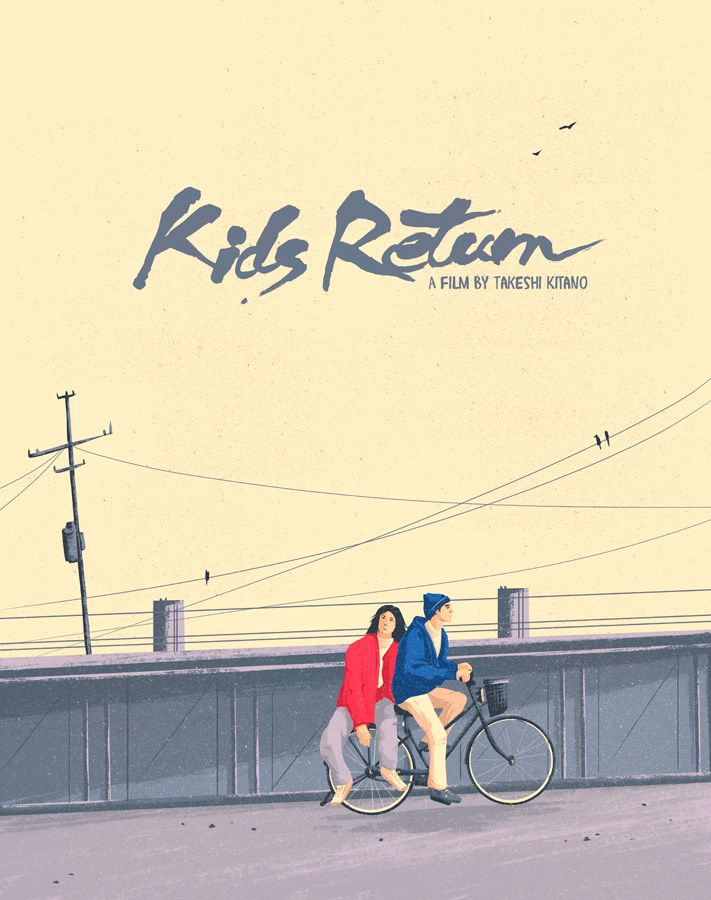 The following month, on October 10th, we'll get another Kitano film with Kids Return

Masuru (Ken Kaneko) and Shinji (Masanobu Ando) are childhood friends, who team up in the schoolyard to extort money from others. As they progress to adulthood, Masuru becomes a member of the local yakuza gang, while Shinji shows talent as a boxer. Pursuing separate paths in life, the two friends gradually grow apart, but how will they get by without each other? 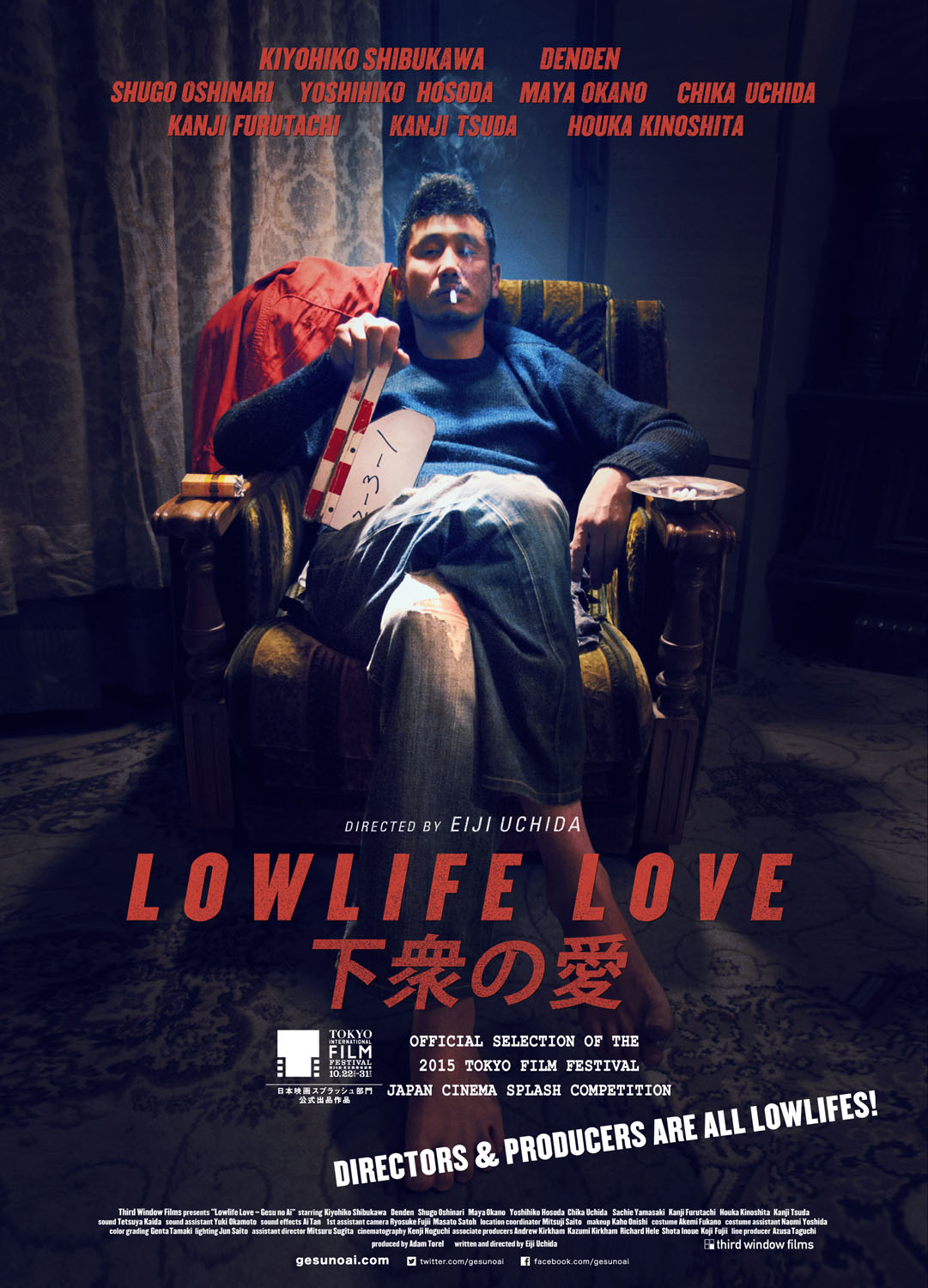 In November, Third Window plans to release their own production of Lowlife Love from Uchida Eiji (Grateful Dead). They are very excited about the film and Adam says, "We want to continue to introduce new and fresh voices of Japanese cinema, so on November 7th we have the DVD & BLURAY dual format release of our own independently produced film LOWLIFE LOVE - a black comedy about the seedy underbelly of Japan's independent movie scene, and starring Toshiaki Toyoda regular Kiyohiko Shibukawa!

Tetsuo (Kiyohiko Shibukawa) is a lowlife. A film director with a small indie hit many years back, yet he has never gotten any further as he refuses to go against his 'artistic integrity'. He gets by exploiting his friend Mamoru (Yoshihiko Hosoda) & the students of his actors' school. One day two new students come to his school: Minami (Maya Okano), a naive and fresh girl from the countryside who wants to be an actress and Ken (Shugo Oshinari), a scriptwriter. Tetsuo thinks Minami could be a real star and Ken has a brilliant script which could relaunch his career as a director, with Minami his muse. With the help of Kida (Denden), an unsavory film producer, they strive to turn this project into something tangible, but Minami's ability starts to turn the heads of other film directors such as Kano (Kanji Furutachi) and Shinjo (Kanji Tsuda), and soon Tetsuo's world stars to unravel. 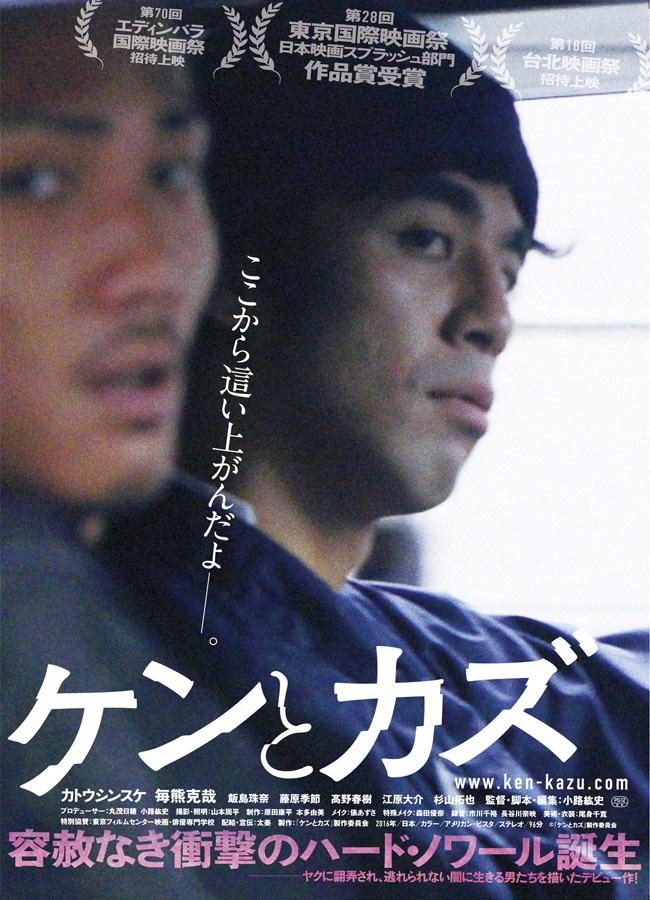 In December, Third Window will be releasing another new film from a new Japanese director. The film is titled Ken and Kazu and is directed by Shoji Hiroshi. Here is what the Tokyo International Film Festival had to say about the film:

Partners in crime Ken and Kazu use an auto repair shop to sell drugs and make money. When Ken's girlfriend Saki gets pregnant, he does his best to go straight. But Kazu makes a dangerous move, and Ken comes to draw the attention of the local Yakuza boss and is slowly driven into a corner. Obsession, sense of indebtedness, connection and future is portrayed against the backdrop of drug dealings in the underworld. 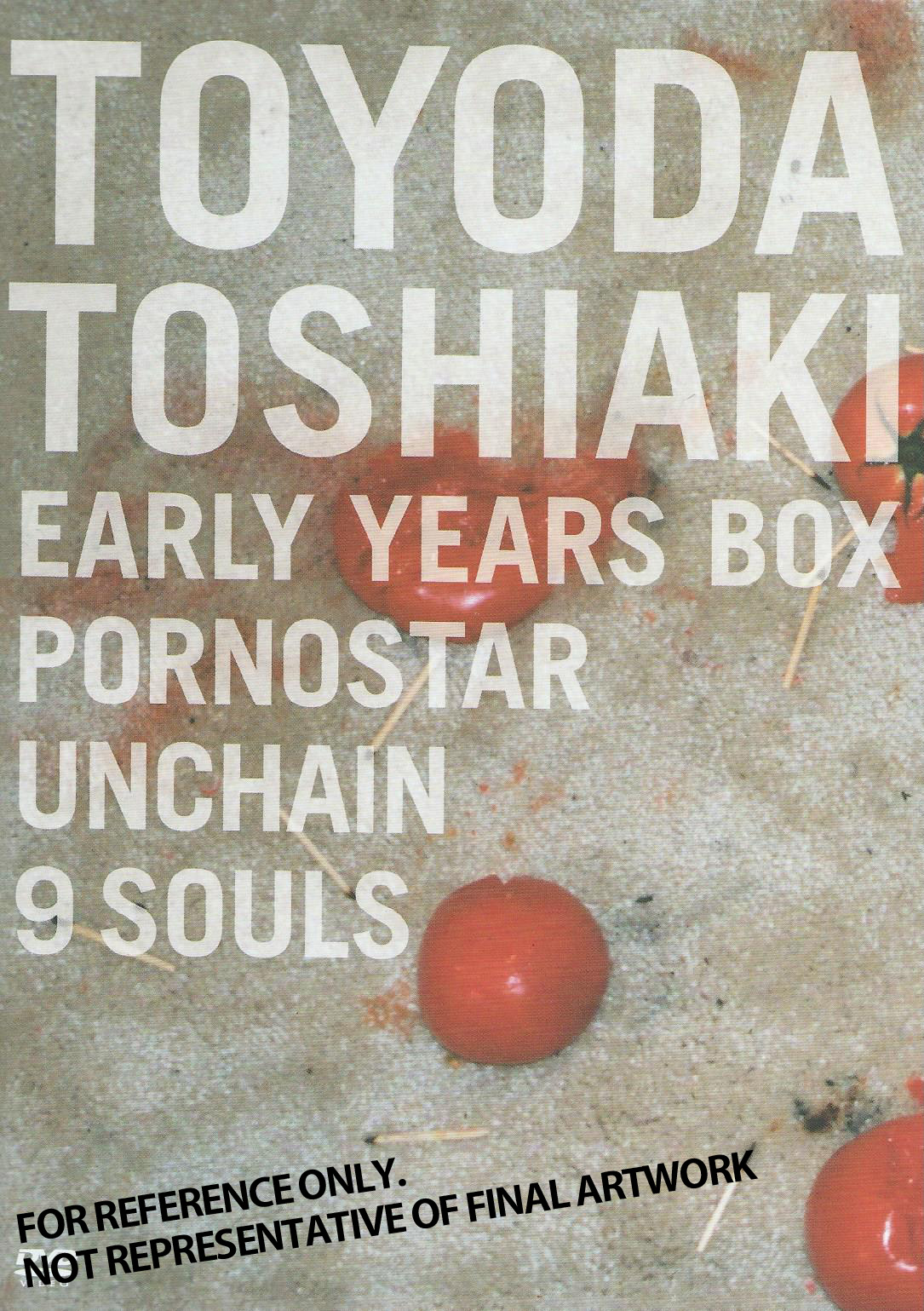 Last, but certainly not least, is an amazing looking box set of the early films of Toyoda Toshiaki! Toyoda is one of the underappreciated filmmakers out of Japan in the last 2 years, and this box set looks amazing. This is what Adam has to say about the set, due late 2016/early 2017:

One of our favourite directors from Japan is Toshiaki Toyoda, and we will first release a blu-ray set which focuses on his earlier works of PORNOSTAR (known in the US by its home video title Tokyo Rampage), UNCHAIN & 9 SOULS. They will be packaged together in a limited set which will include new illustrated artwork, new audio commentaries by Tom Mes & Jasper Sharp, new interviews with cast and crew plus loads of extras from their original Japanese releases!