Trailer: Can Evrenol's BASKIN Looks Into The Eye Of Madness 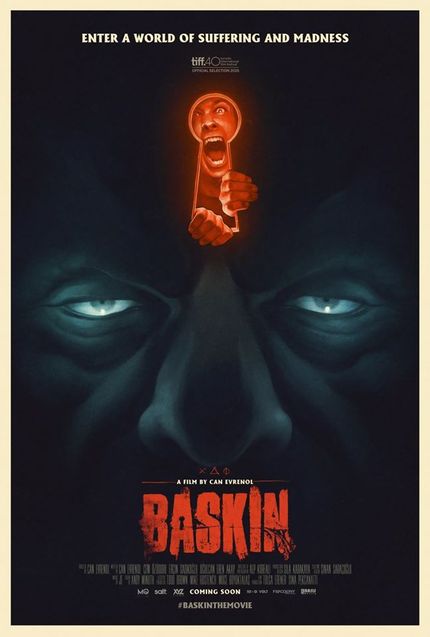 Back in September of 2015, Turkish director Can Evrenol took the festival circuit by storm when his debut feature Baskin slayed audiences at both TIFF and Fantastic Fest, followed closely in October by scaring the shit out of Catalunyan fright fans at Sitges.

Now, the film that freaked me the fuck out at Fantastic Fest is coming to theaters and VOD in the US this month from IFC Midnight. They've cut a pretty effective little trailer to give you an idea of the nightmares you can look forward to after you see it. Baskin is a relentlessly suffocating film that piles layers of dread on top of one another without concern for the viewers emotional well being. It has been compared to Hellraiser, and I can't say that I disagree.

Evrenol has a talent for dread beyond his young years, and I can't wait to see what the horror loving public thinks of this one. Here's a little more about the film from IFC Midnight:

A five-man unit of cops on night patrol get more than they bargain for when they arrive at a creepy backwater town in the middle of nowhere after a call comes over the radio for backup. Entering a derelict building, the seasoned tough guys and their rookie junior, who’s still haunted by a traumatic childhood dream, do the one thing you should never do in this kind of movie: they split up. They soon realize they’ve stumbled into a monstrous charnel house and descend into an ever-more nightmarish netherworld where grotesque, mind-wrenching horrors await them at every turn. This is one Baskin  (that’s “police raid” to you non-Turkish speakers) that isn’t going to end well. But wait! Things aren’t what they seem in this truly disturbing, outrageously gory, and increasingly surreal film whose unpredictable narrative pulls the carpet from under your feet and keeps you guessing right up to the final moment. A wildly original whatsit that reconfirms Turkey as the breakout national cinema of the moment.

The synopsis certainly piles on the plot details, but in my opinion Baskin's great success is not in its story, which is minimal, but in its incredible atmosphere, which is something not so easily put into words. If you're curious, check out the trailer, it does a pretty good job of communicating the essence of the film without spoiling anything.

Baskin opens in New York on March 25th day and date with VOD, and in LA theaters on April 1st.