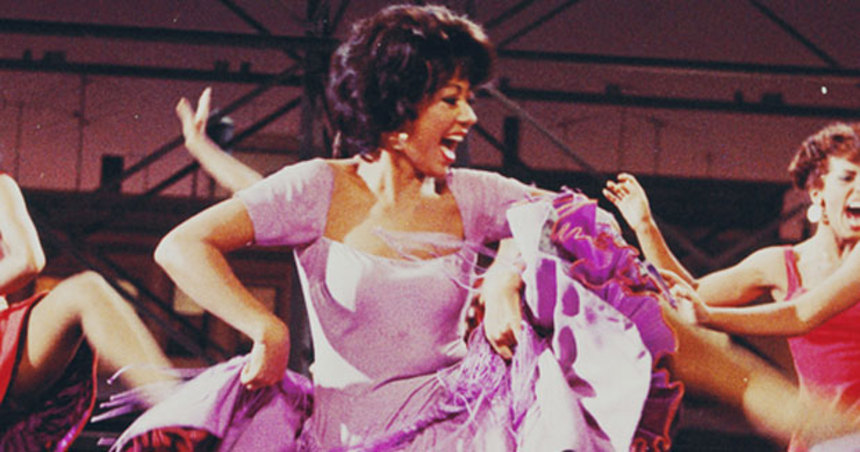 ScreenAnarchy is headed to Tampa! We're very pleased to have been invited to the land of Magic Mike to cover the Gasparilla International Film Festival that starts next week. With frost descending on Toronto and a winter that just won't quit, the invitation couldn't have come at a better time.

Better yet, there's an opportunity to interview a very rare creature indeed, a real life EGOT. The Emmy, Grammy, Oscar and Tony Award-winning Rita Moreno is getting a Lifetime Achievement award from the fest and I could not be more excited to meet the legend. Yes we'll talk West Side Story and her new film Remember Me, of course, but I'll be sure to take time to talk Electric Company and HBO's OZ as well.

The fest looks to showcase a number of terrific films culled from the likes of Toronto, Sundance and SXSW, as well as a number of interesting world premieres. Precious Cargo, starring Bruce Willis, looks like a cool little heist film, while the doc Hair I Go Again, about a bunch of guys trying to put a band together, will likely provide the perfect over-the-top heavy metal soundtrack for my Florida trip.

This will also be, I think, the fourth festival I've attended that Embrace of the Serpent is playing, so just maybe I'll get to see this Oscar-nominated film! Gavin Hood's Eye in the Sky, the drone flick with Helen Mirren, Aaron Paul and Alan Rickman, is their big opener and Hood should be attending. Their closer is Linklater's Everybody Wants Some, his companion film to Dazed and Confused, which again will likely find the perfect idiom for this bro-ish flick.

I'm perhaps most excited to try and see some of the Cuban films that they're showcasing, Ron Chapman's Forbidden Shore looks at contemporary music on the island, and given the changing relationship between the U.S. and Cuba it's an extraordinary time to engage with their culture just on the cusp of some significant and potential changes to the nation over the coming years.

Running March 30th to April 3rd, if you find yourself wanting to spend some sunny days inside watching world class cinema be sure to join down in Tampa!

This year's special tribute will celebrate the many accomplishments of Oscar, Grammy, Emmy, Golden Globe and Tony winner RITA MORENO. GIFF will honor Moreno with a Lifetime Achievement Award. Also, her film, REMEMBER ME will screen at the festival.

A jury of industry professionals and acclaimed filmmakers will be presenting awards to competition films in the following categories: Narrative Feature, Documentary, Spotlight and Shorts. Highlights include:

Eye in the Sky (UK): Academy Award winner Helen Mirren stars alongside Aaron Paul, Alan Rickman and Iain Glen in this timely thriller about a terrorist-targeting drone mission that becomes a flashpoint when a civilian girl enters the kill zone. Directed by Gavin Hood.

FLORIDA FOCUS: World premiere of independent films made in Florida

In addition to feature length films, GIFF will present over 70 short films. Short film blocks include:

· "Films on a Mission": Short films focusing on a specific cause

· "Love is In the Air": Romantic short films

· "Save the Drama": Drama short films

For more information on all the films to be screened and industry events, please go to:

About the Gasparilla International Film Festival

Launched in 2006, GIFF is a film festival held annually in Tampa Bay. The festival is celebrating its 10 th Year anniversary in 2016. Operated by the 501 (c)(3) non-profit Tampa Film Institute, GIFF's mission is to provide year-long support for film screening, production, and education throughout the Tampa Bay Region. For more information visit: gasparillafilmfestival.com, facebook.com/gasparillafilm or twitter.com/ gasparillafilm.

More about Everybody Wants Some