Exclusive Clip: EMBRACE OF THE SERPENT, "Now He Will Cure Us All!" 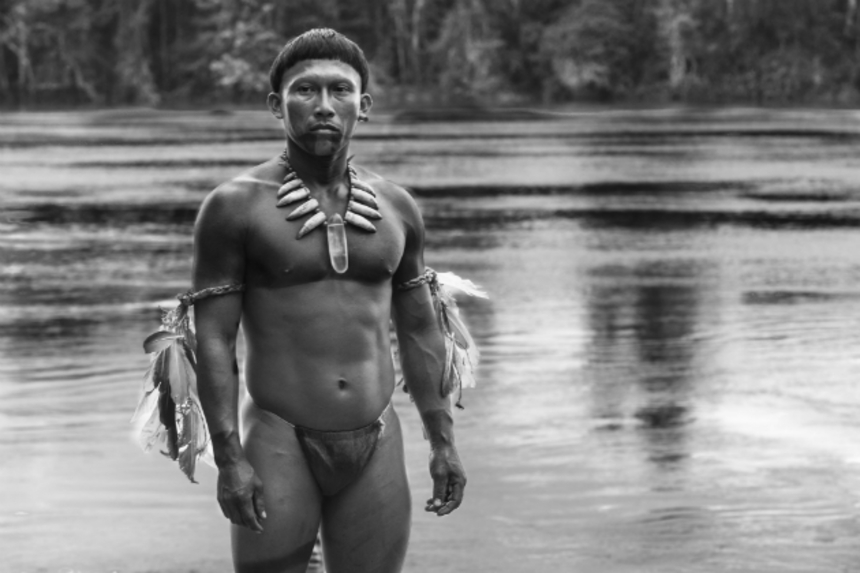 After a successful festival run last year, Embrace of the Serpent opened in select theaters in New York and Los Angeles last weekend. Our own Patrick Holzapfel wrote in part: "It is one of those films that rarely gets made, somehow a lost film in a lost place."

We have an exclusive clip below that hints at the tone of the movie. The clip looks great, simply on its visual merits. For context, here's a quote from an interview with the director, where he talks about the inspiration for the messiah figure in the scene, referring to the diaries of ethnologist Theodor Koch-Grünberg and North American biologist Richard Evan Schultes, which spurred his creation of the film:

"Later in the diaries there appears the story of a mestizo named Niceto. He arrived at the border of Colombia and Brazil, in Yavarate, at the end of the 19th century, and proclaimed that he was the messiah. He had as many as 2,000 followers and did crazy things, demented things, much more so than what's in the film. His group became unstable and the Brazilian army in the end had to remove them by force. It was out of control.

"Twenty years later, someone else named Venancio also proclaimed he was the messiah and had hundreds of followers. It all ended in a massive suicide. It's a phenomenon that keeps repeating itself up until today. Even now, on the border of Colombia and Ecuador, there are these Amazonian Israelites. It's a phenomenon related to the fact that the Amazon is a spiritual place. When spirituality is removed by force, it creates a vacuum in which fundamentalism and madness grows."

You can watch the clip below. Embrace of the Serpent will roll out throughout the U.S. in the coming weeks, starting on Friday, February 26 in the Bay Area, as well as suburbs in Los Angeles and New York. All screenings are listed on the official site.