THE WITCH: Watch The New Trailer For The Acclaimed Horror Film 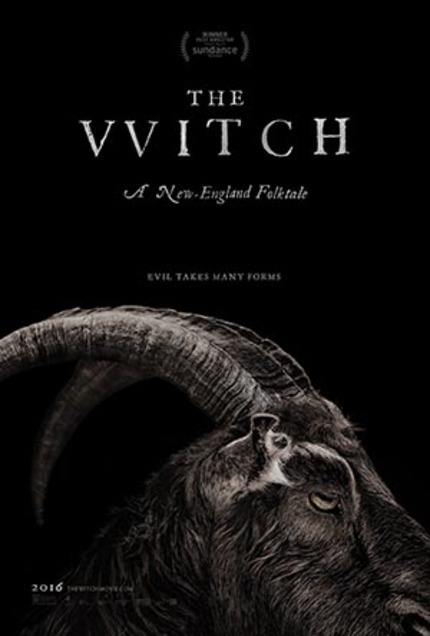 After blowing audiences away at the 2015 edition of the Sundance Film Festival, Robert Eggers' The Witch finally hits screens on February 19th and another impressive new trailer has just arrived to whet the appetite.

New England, 1630. Upon threat of banishment by the church, an English farmer leaves his colonial plantation, relocating his wife and five children to a remote plot of land on the edge of an ominous forest - within which lurks an unknown evil.
Strange and unsettling things begin to happen almost immediately - animals turn malevolent, crops fail, and one child disappears as another becomes seemingly possessed by an evil spirit.
With suspicion and paranoia mounting, family members accuse teenage daughter Thomasin of witchcraft, charges she adamantly denies. As circumstances grow more treacherous, each family member's faith, loyalty and love become tested in shocking and unforgettable ways.

One of the most exciting debut films in years, check out the latest trailer for The Witch below.