Review: THE WITCH, Dark And Brooding Comes The Fright 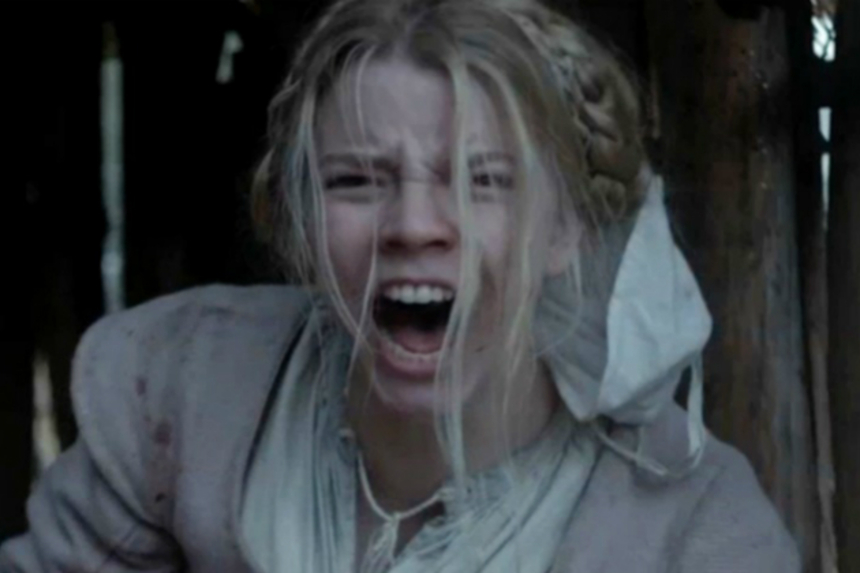 Set in New England circa 1630 (well before the Salem Witch Trials), The Witch takes us inside the challenging lives of a homesteading family, recently banished from the colony by the righteous acts of pious father William (Ralph Ineson). With crops failing and a harsh winter looming, eldest daughter Thomasin is called on to shoulder more of the burden of taking care of her four younger siblings. Tragedy strikes when the infant child mysteriously disappears while under the care of Thomasin. This sets in motion events that quickly threaten to turn an already difficult situation poisonous.

First time feature director Robert Eggers makes a bold and ultimately wise decision to remove the central mystery of the abduction right away. Through a series of stylized scenes, we see a haggard old woman sacrifice the baby to restore her youth. Yet mystery still surrounds the woman and her connection to the family (and their animals), This creates a connection for the audience with Thomasin, throwing us in with her plight from the get-go.

Thomasin's role at the center of the drama is no small task for an actor and young Anya Taylor-Joy is fully up for it. Along with the cinematography from Jarin Blaschke, Taylor-Joy's performance is the stand-out takeaway of the film.

Linguists will have a field day with the film's 17th Century vocabulary and sentence structure. Eggers went to painstaking lengths to reference period source material for both the story and dialog. While the result is sometimes hard to comprehend, the authenticity it lends makes the film stand out in a sea of period accents.

Review originally published during the Sundance Film Festival in January 2015. The film opens wide in theaters across the U.S. on Friday, February 19.

Do you feel this content is inappropriate or infringes upon your rights? Click here to report it, or see our DMCA policy.
Anya Taylor-JoyKate DickieRalph InesonRobert Eggers