Pretty Packaging: Arrow's VIDEODROME Release Does Not Look Like A Beta

Ard Vijn
Editor, Europe; Rotterdam, The Netherlands (@ardvark23)
Tweet Post Submit
In recent years, UK distributor Arrow has comfortably caught up with special edition superstars Criterion and Eureka Masters of Cinema, with Arrow's releases having grown from "neat" to "nice" to "cool" to "awesome". At the moment I'd be hard-pressed to choose one of these three distributors as a clear champion.

The public has caught up as well, often keeping a keen eye on what Arrow is planning next. In the case of Arrow's release of David Cronenberg's 1983 shocking mind-fuck horror thriller Videodrome, it meant the title sold out immediately. And that was with an excellent Criterion edition already out on the market for years. Online, the brand new Arrow now already costs twice as much as when it was released two months ago. Wow...

Wisely, Arrow did not try to emulate Criterion's deliciously gimmicky packaging, which looked exactly like an old, worn-out Betamax tape. Cool though that tape was (at the time I opened the package it actually startled me and made me wonder if I had ordered the wrong thing...) it would have been a bit lame if Arrow had copied the joke.
Instead, they worked overtime on the extras, providing most of the Criterion documentaries, providing lots of new ones, a new commentary track, and four early short films by director David Cronenberg. Also, there is one hell of a fine booklet coming with it.

So here is a closer look at the packaging job Arrow did, by way of a gallery of shots. Click on the edge of the pictures to scroll through them, or at the center of each to see a bigger version. 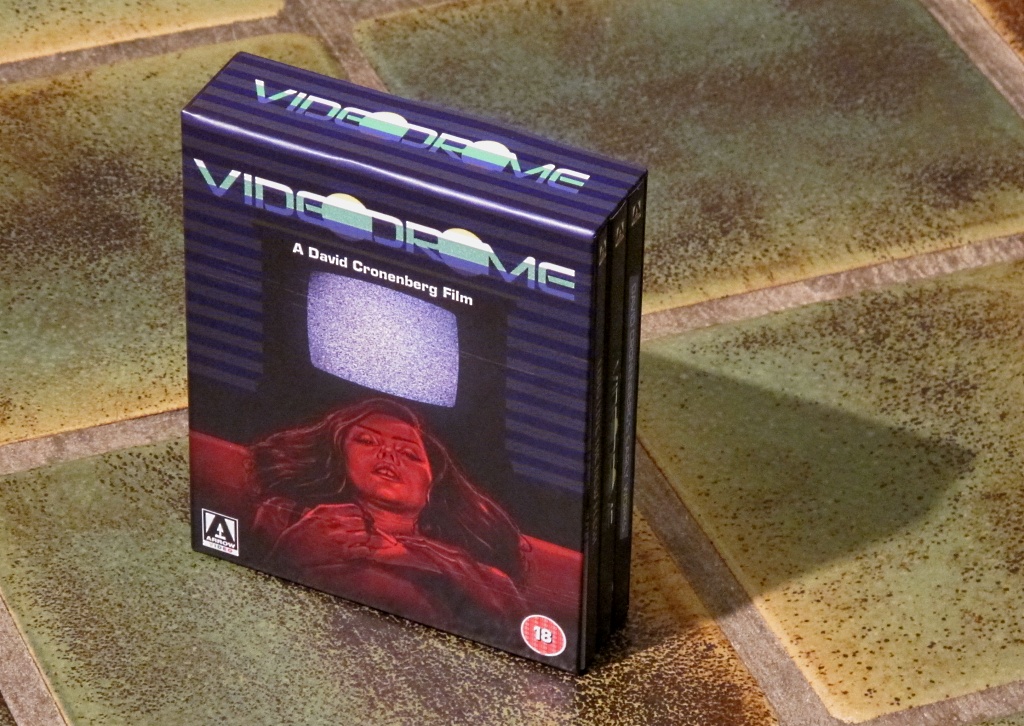 And here it is: a sturdy hard cardboard box with brunette Blondie on the front. 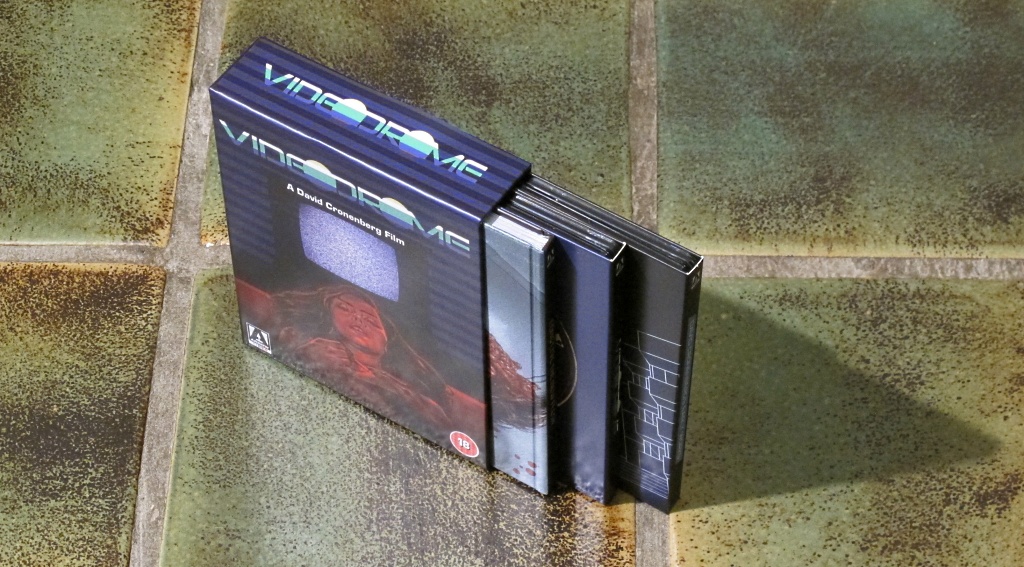 Inside the box: two digipaks and a hardcover booklet. 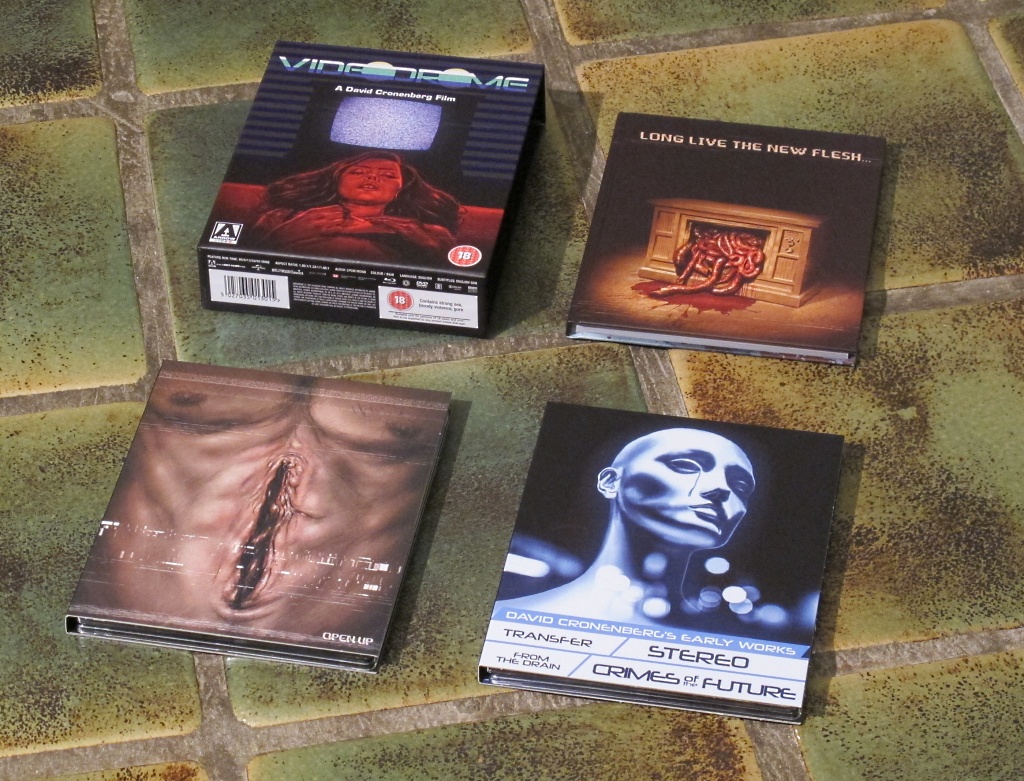 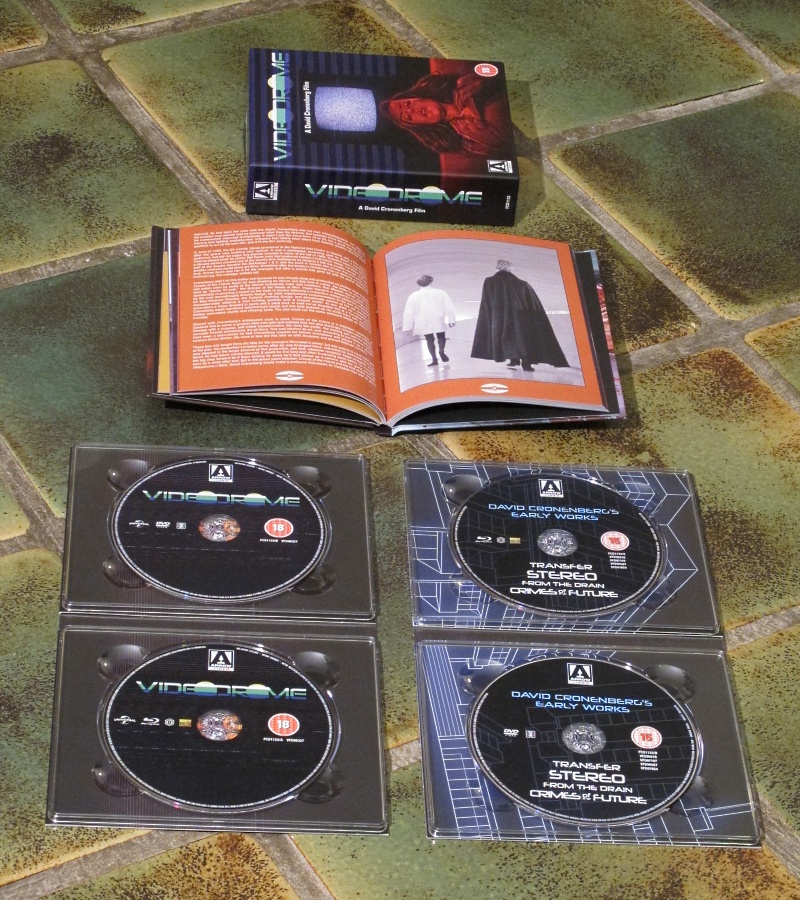 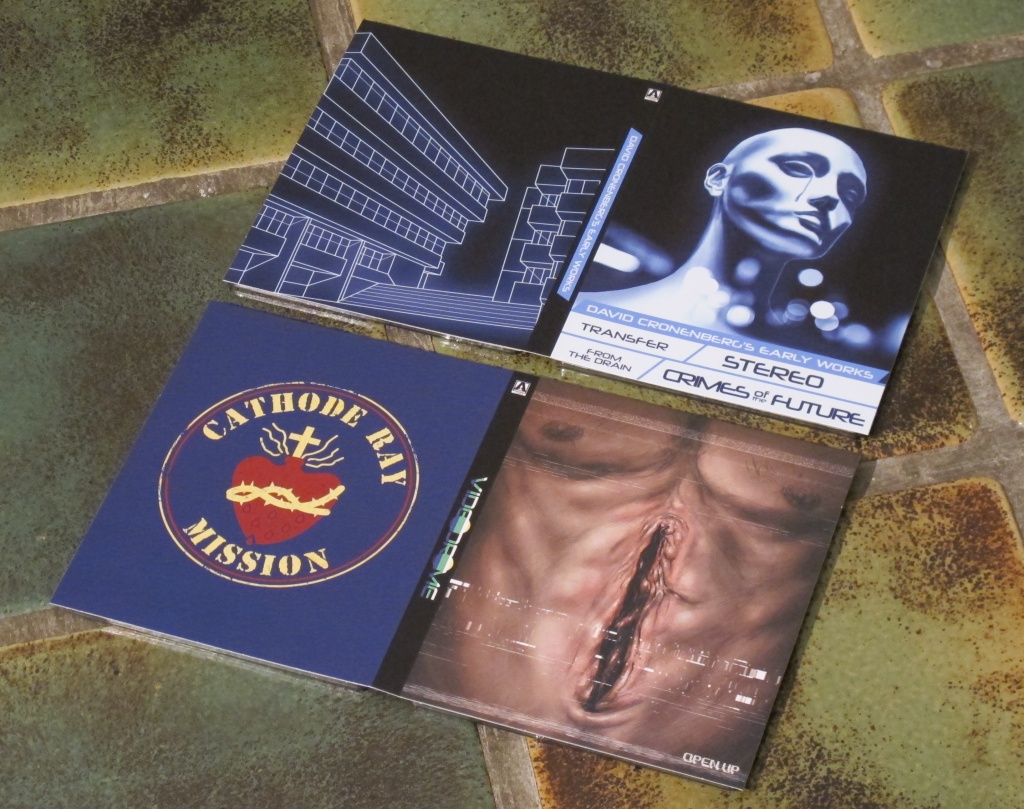 A closer look at the covers of the two digipaks. The second digipak contains a couple of earlier works by David Cronenberg (these are Transfer, From the Drain, Stereo and Crimes of the Future), and loads and loads of other extras. 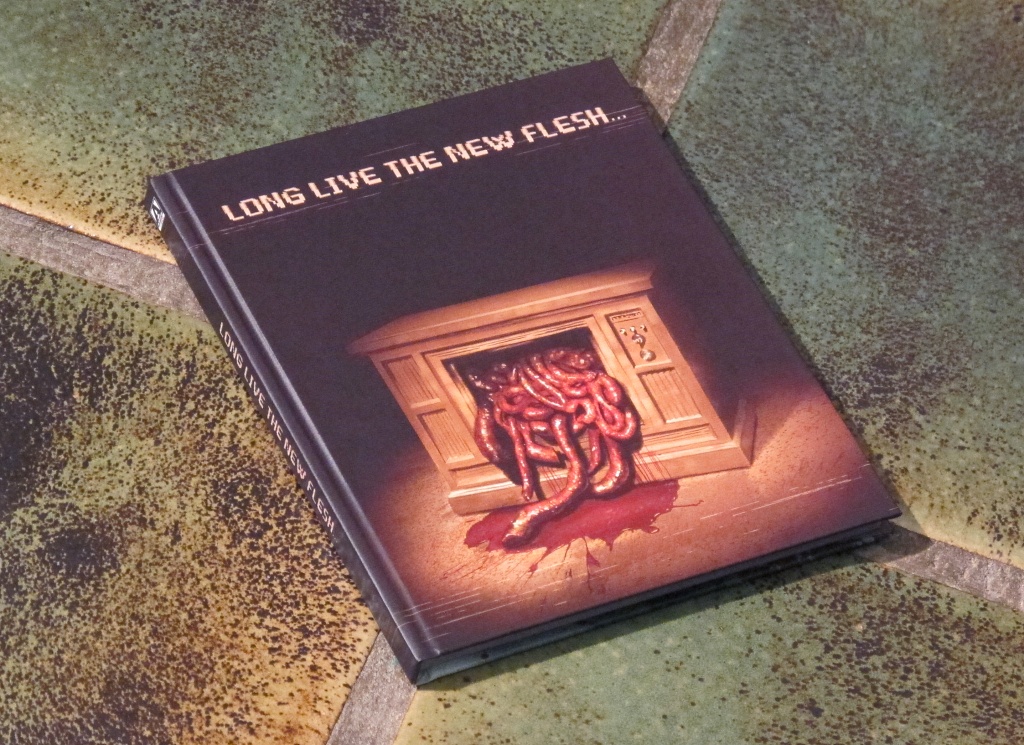 A closer look at the 80-page booklet, which is a great addition to this set. 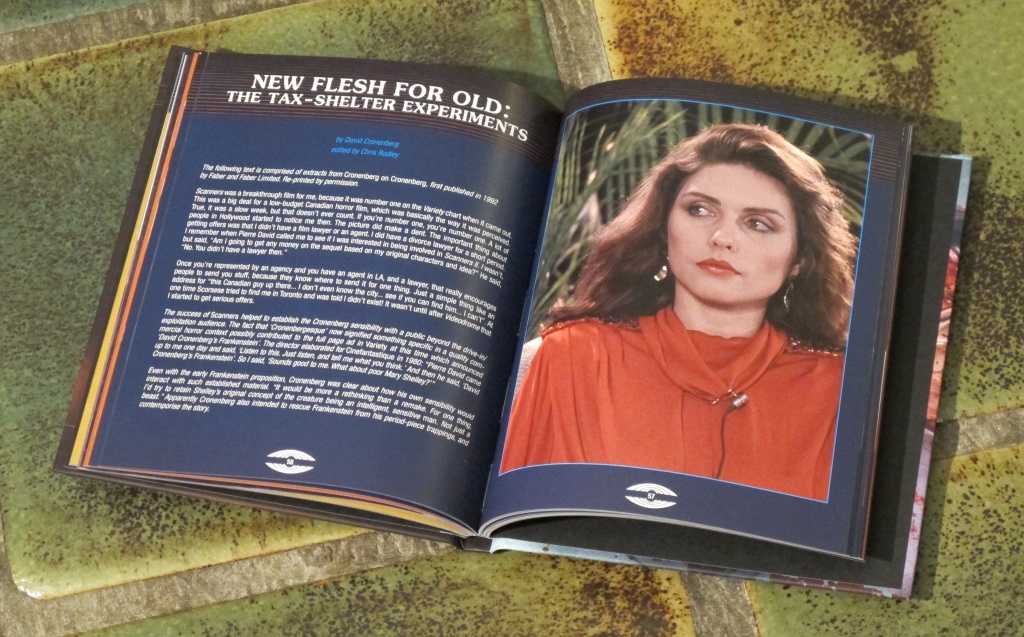 Loads of production details, interviews, information about Cronenberg's early works, the film's reception and censorship issues... it's all there! 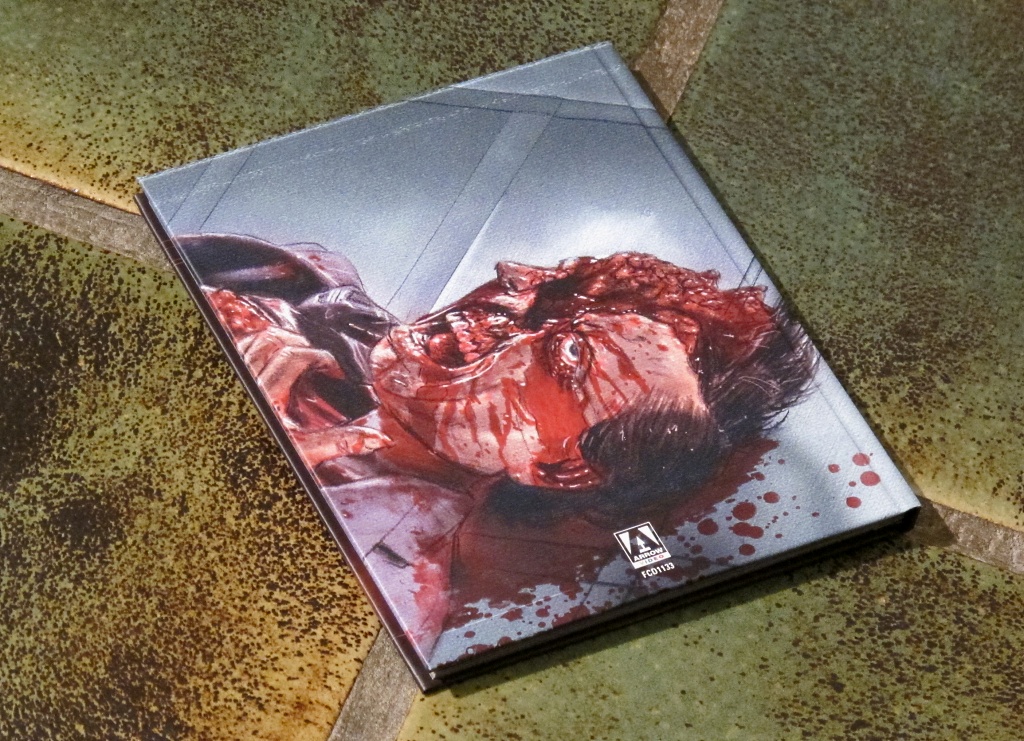 The end (ugh...).
A bloody good package for a literally mindblowing film.